The Virginia Zoo's baby white rhino gets a name! Here's a hint: it's Swahili.

Mosi was born at the Zoo on July 11. His name means "first born" in Swahili 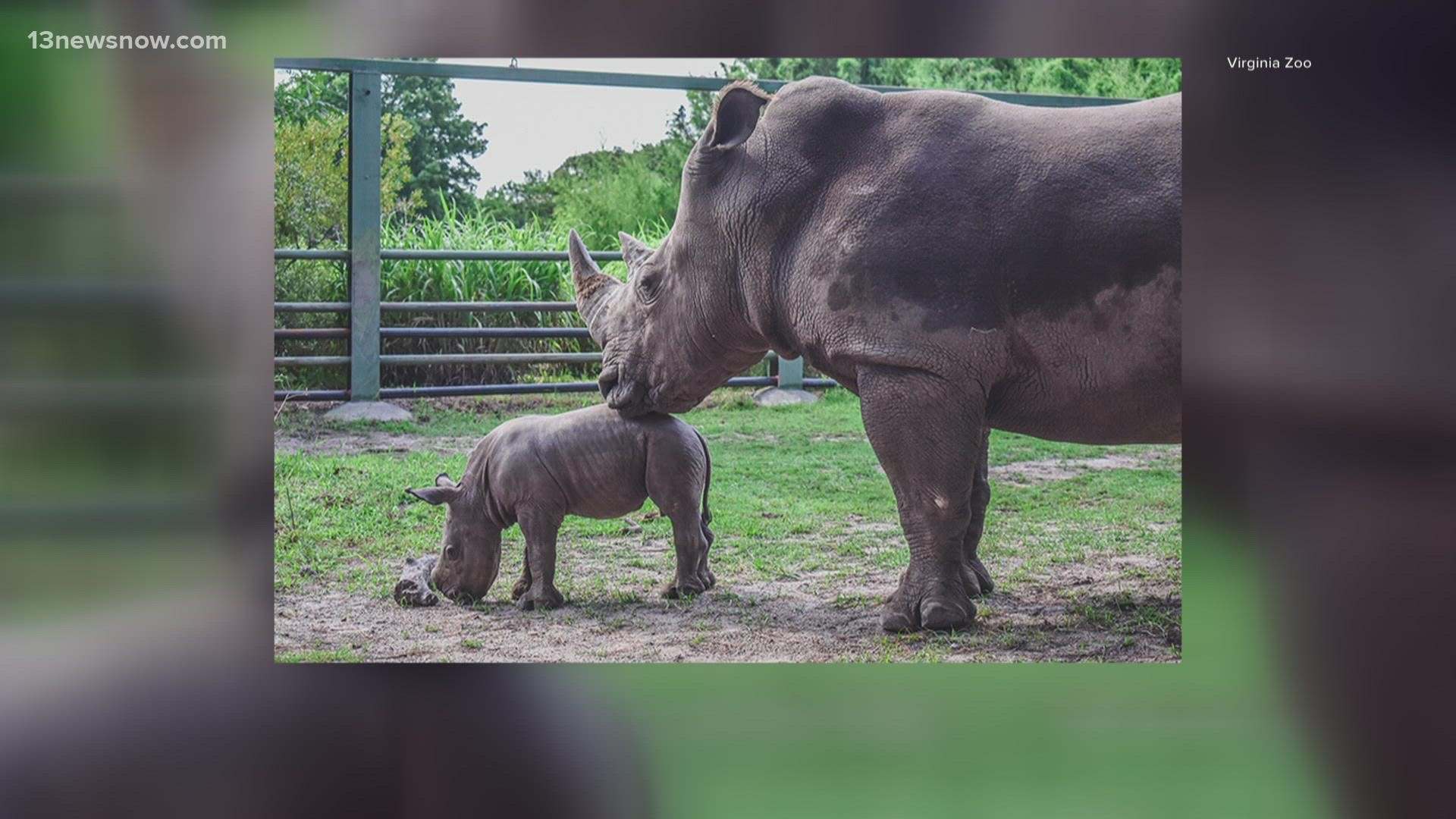 NORFOLK, Va. — The baby Southern white rhinoceros born last month at the Virginia Zoo in Norfolk officially has a name!

Mosi is the name chosen for the rhino calf, which was born on July 11. The Zoo hosted a two-week online auction for the naming rights.

The anonymous winner contributed more than $4,200, which will support the International Rhino Foundation.

The donor said they wanted "something meaningful" since the calf is the first Southern white rhinoceros born at the Zoo.

The white rhinoceros species is classified as "near threatened" by the International Union for Conservation of Nature due to horn poaching and habitat loss.