Scientists are making a way for eels along the Potomac

Dams have blocked most of the eels from getting upstream for more than a century. 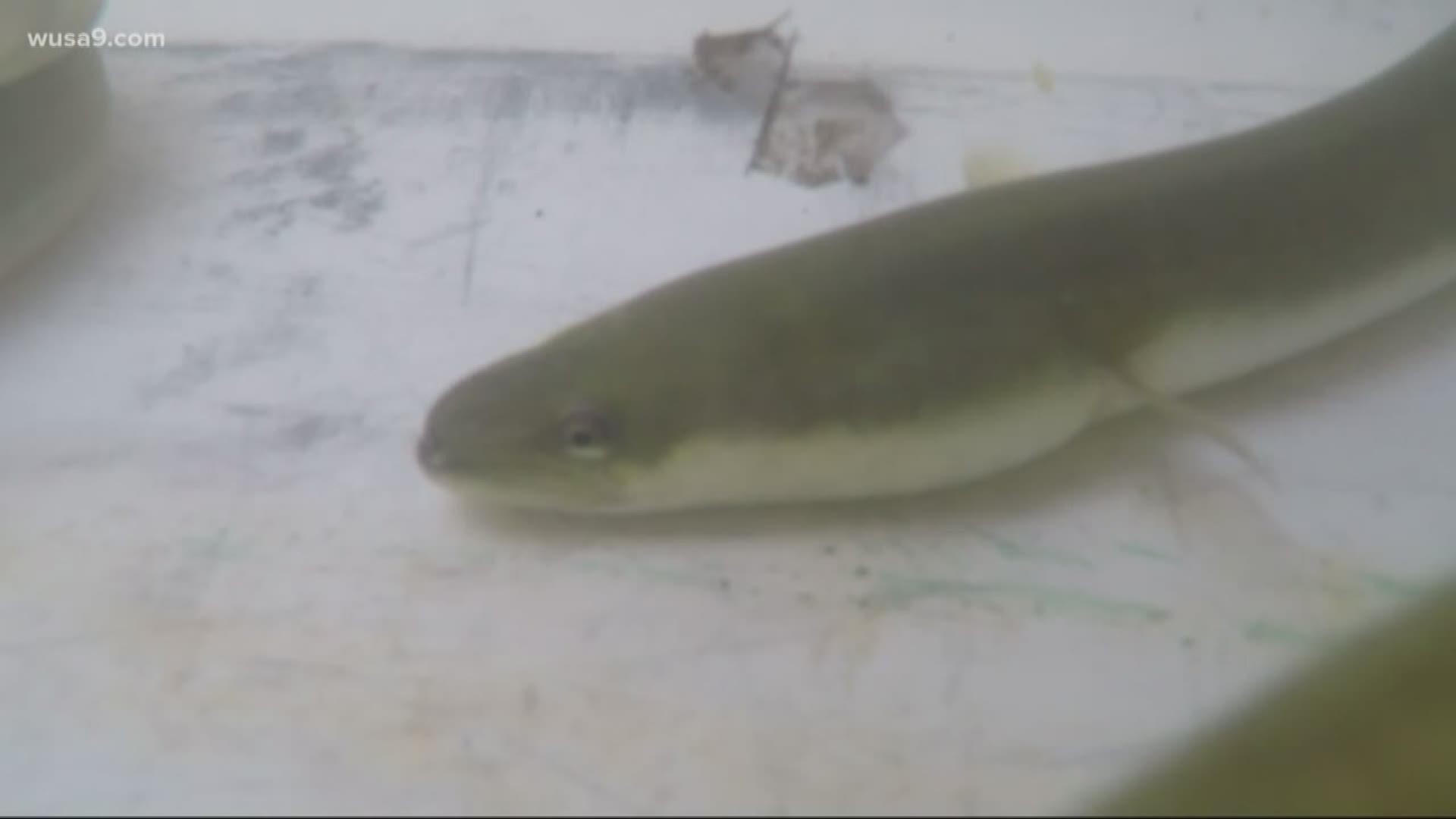 How about benevolent ride-sharer of the Potomac? And critical missing link in the ecosystem?

A century ago, the headwaters of the nation's river teemed with eels: So many they fed Lincoln's Army and George Washington's too.

Today, they're almost non-existent upriver. Their amazing migration to the Sargasso Sea and back has been blocked by dams erected to power the cities built along the Potomac's shores.

Now comes an amazing project the get thousands of eels past the dams. Scientists from U.S. Fish and Wildlife and the Pacific Northwest National Lab are outfitting a hundred eels with tiny acoustic transmitters.

The transmitters will allow researchers to track the eels favorite migration routes, and build an eelway, a special passage to get the eels past Dam Four near Shepherdstown, W.Va., in just the right spot.

"Eels are tough. They don't get appreciated nearly enough as they should. But they're an integral part of the ecology, the river. It's an amazing part of it," said David Sutherland, a biologist with the Fish and Wildlife Service, as he prepared to insert a transmitter in each of the 100 eels they'd captured downriver.

Sutherland said the transmitters are so small, they don't hurt the eels or effect their behavior.

Freshwater mussels are also super important to the Potomac ecosystem. They're the teeny-tiny filter feeders of the river. But the only way those mussels can get around is by hitchhiking a ride in the gills of an eel. No eels, no mussels, and much, much dirtier water.

Sutherland said the Potomac River could run "crystal clear," if they can re-establish eels and mussels to their historic range.

The eel passage at Dam Four could be finished by the end of this summer. And the eels could be migrating up another 250 miles of the Potomac by next spring. Sutherland said the cost of building the passageway is just about $150,000.