The pet dog got away from its owner late Saturday night. Then they heard the whimpering in a nearby abandoned well. 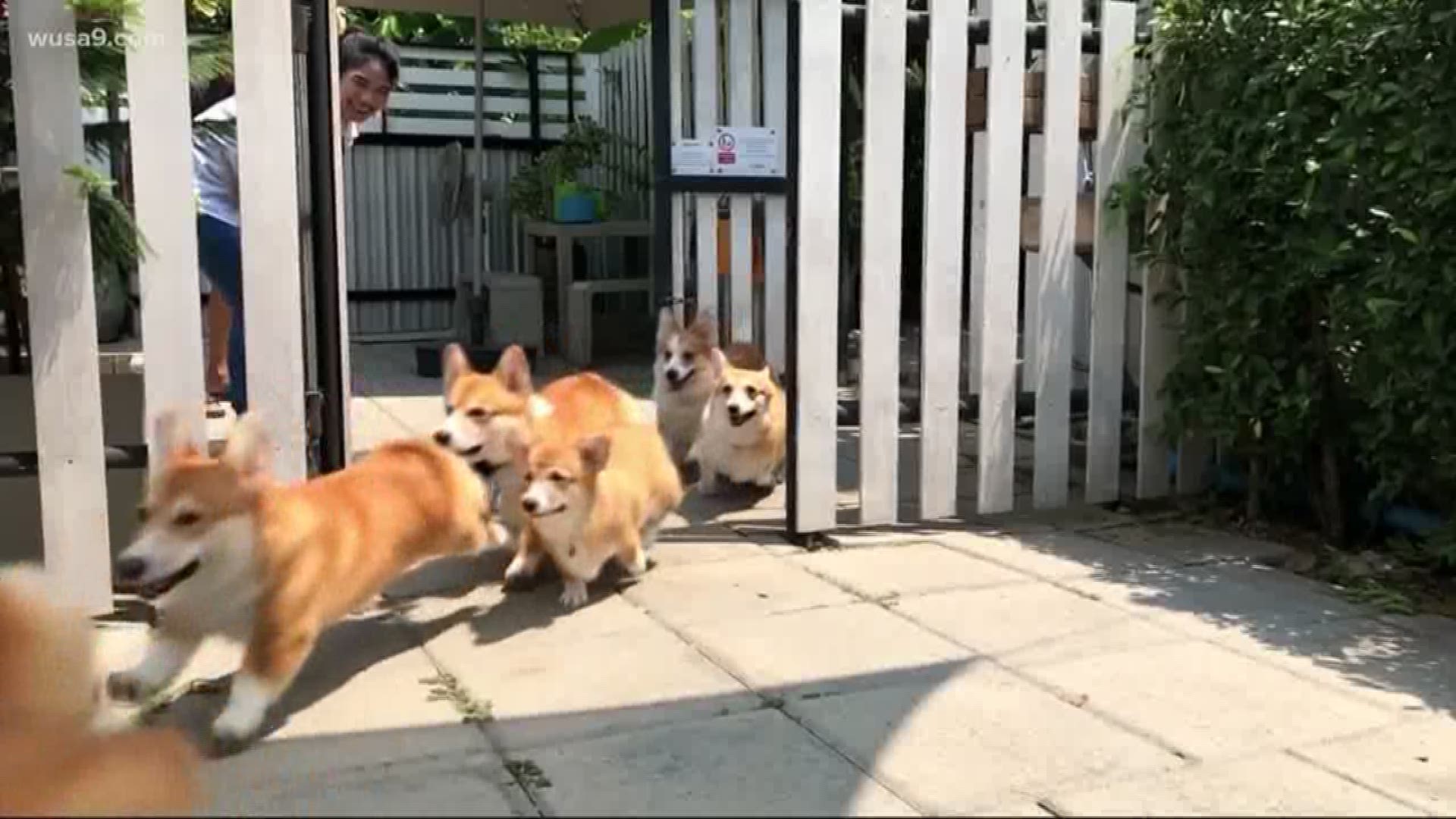 POTOMAC, Md. — A labrador retriever was out on an evening adventure when it got away from its owner on Saturday. After a search for the beloved pet, the owner began to hear whimpering in a heavy brush area, off the beaten path. That’s when they heard the poor whimpers of a pup found down an abandoned well, Chief Spokesperson for Montgomery County Fire and Rescue Service Pete Piringer detailed in a series of tweets.

Montgomery County Fire Department got the message a little before 9 p.m. that evening. They hurried to the scene, which was on the grounds of the Norwood School in Potomac, where they began the process of saving the dog. Medics arrived on scene and began monitoring the air quality at the bottom and pumping oxygen into the opening. Eventually, authorities pulled the pooch, just over 100 pounds, from the well that stretched down past 15 feet.

Dog has been located and is in process of being removed/Extricated from bottom of well (about 15-20 feet) https://t.co/udbaO9FPkS

RELATED: Prepare to protect pets as the heat index approaches 100 this week

Animal rescue accompanied the efforts to check on the dog after the rescue, who was happily walking and tail-wagging just after the experience.

Find more of our pet-centric coverage below.

Not all dogs who need rescuing are at the bottom of a well. Right now in the DMV, people are returning so many Corgi puppies, some rescuers can't take in more.

The rescue centers say they are overwhelmed with people trying to get rid of the cute little puppies they adopted in the heat of the COVID crisis. It's far from everyone, but East Coast Corgi Rescue based in the District said it can't save any more dogs for now.

"For those of us in rescue, we always knew this was going to happen," Melissa Terzis said.

"Some of these stories are really sad," she said of the people who are trying to surrender their pandemic pups. "People have paid $2,500 for a puppy that's not bred well. It's aggressive, it's biting their kids. It's biting them."

Where once East Coast Corgi Rescue got one or two surrender dogs a week, now they're getting one or two a day -- and many of them are just a few months old.

Terzis blames bad breeders and warns people to be very careful when buying a dog. There are recommendations on the group's website about how to pick a good breeder.

Terzis also said, no matter your age, or the age of your dog, it's a good idea to take an obedience class together. "It really helps the bonding and love between owner and pet," she said.

RELATED: People are returning so many Corgi puppies, rescuers can't take in more