N.H. Trooper rescues Bald eagle hit by car on I-95

Trooper Dobson crossed several lanes of traffic on Sunday, Aug 25 to save a Bald Eagle that had been hit by a vehicle. 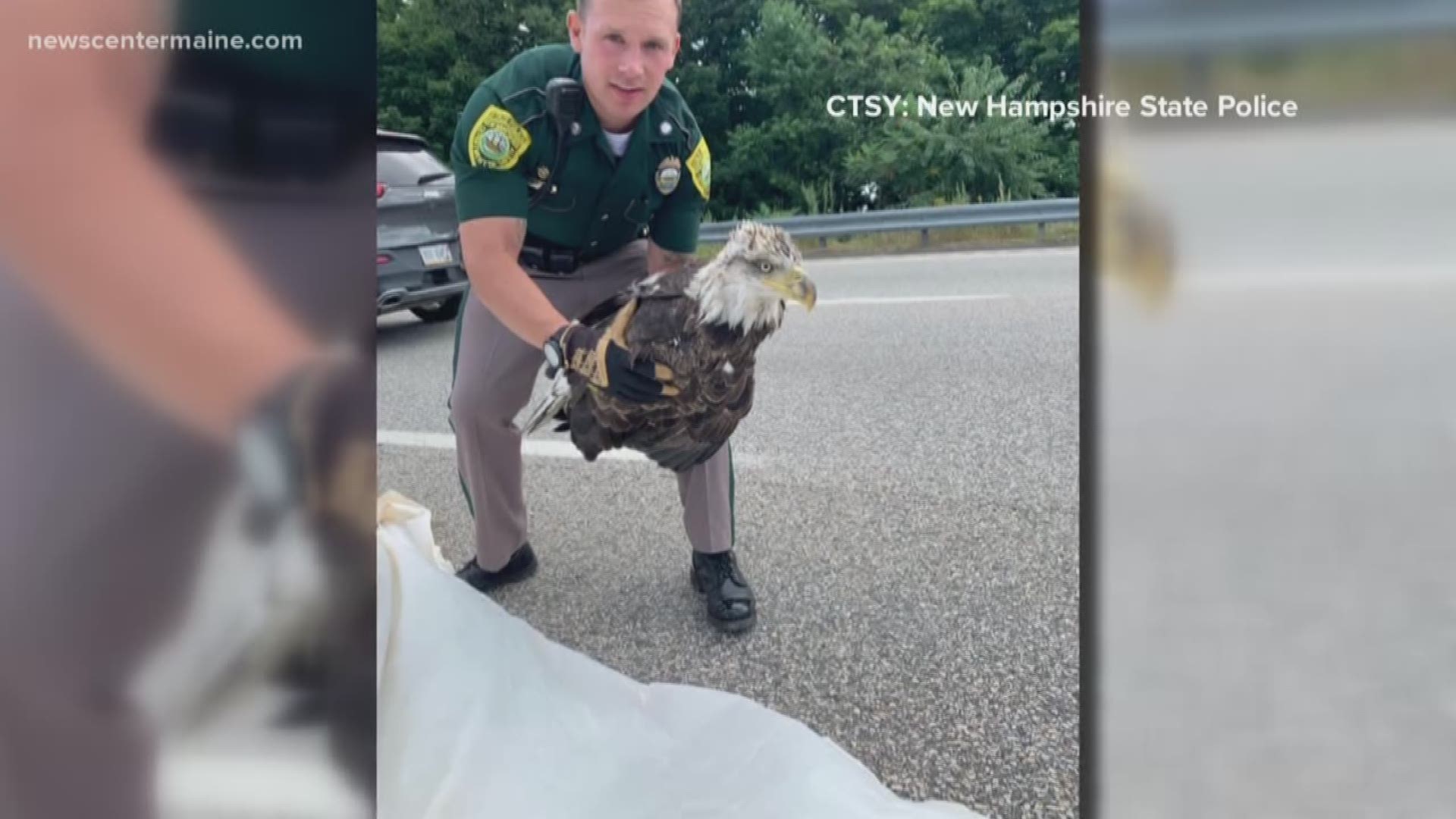 PORTSMOUTH, N.H. — A New Hampshire State Police trooper was able to rescue a Bald Eagle from the highway after the bird was hit by a vehicle on Sunday, Aug.25.

Trooper Kevin Dobson responded to the call by a driver who noticed the bird in the middle lane northbound on I-95 just before the Piscataqua River Bridge. When Dobson arrived he thought the eagle was dead but he picked it up and realized it was still alive.

New Hampshire Fish and Game came and brought the Bald Eagle to Wings of the Dawn, a wildlife rehabilitation center and bird sanctuary in Henniker.

Credit: NH State Police
NH Trooper saves Bald Eagle from I-95 after the bird was hit and lying the middle of the highway.

Maria Colby of Wings of the Dawn told NEWS CENTER Maine the eagle as of Monday was still pretty despondent. He suffered a "substantial wound" on his wing at the joint. His wound was sutured but he had no broken bones.

Colby says it may take a long time for the wing to heal because of the severity of the wound and the eagle may have to stay in rehab through the winter. She says despite his condition he is comfortable receiving antibiotics and pain medication.