DC Fire and EMS rescued four kittens they found in a box while fighting an apartment fire in December, and now the kittens are thriving in foster care. 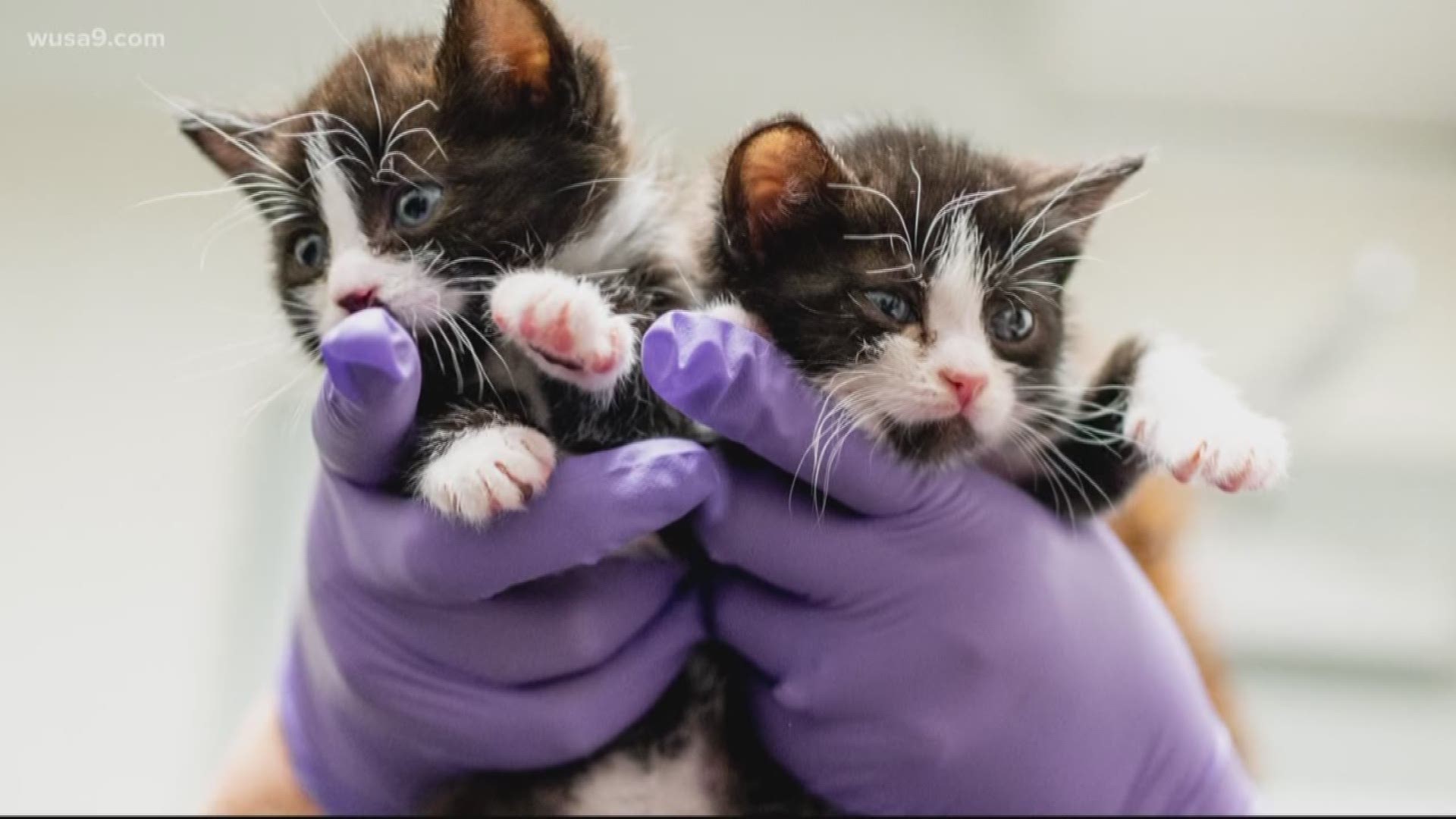 WASHINGTON — We've all heard the cliched tale of  a firefighter rescuing a kitten from a tree. But a few of D.C.'s bravest took the classic story a step further when they rescued a box of four tiny kittens found at an apartment where they were battling a fire.

On Dec. 30, DC Fire and EMS were called to an apartment in the 3300 block of Stanton Road, Southeast for reports of a fire. The firefighters alerted Humane Rescue Alliance to the discovery, and they promptly took in the litter.

A few weeks later and all four rescued kittens are thriving in foster care, and should be available for adoption in February.

"We're grateful for the work the DC Fire department does every day to protect people and their pets," an HRA spokesperson said. "We're also grateful for our foster network that can quickly respond to these situations and provide the best care possible for every animal, big or small."

The HRA also recently helped D.C. Police in the search and rescue of a stolen English Bulldog, who they reunited with its owner Monday afternoon.

"Our community rallied behind the case and played an important part in the MPD tracking the dog’s whereabouts, and we are grateful to have assisted in this happy reunion," the HRA spokesperson said.

RELATED: 11 dogs rescued in DC after being found crammed in a single cage and left outside