These cute rescues are available for adoption now. 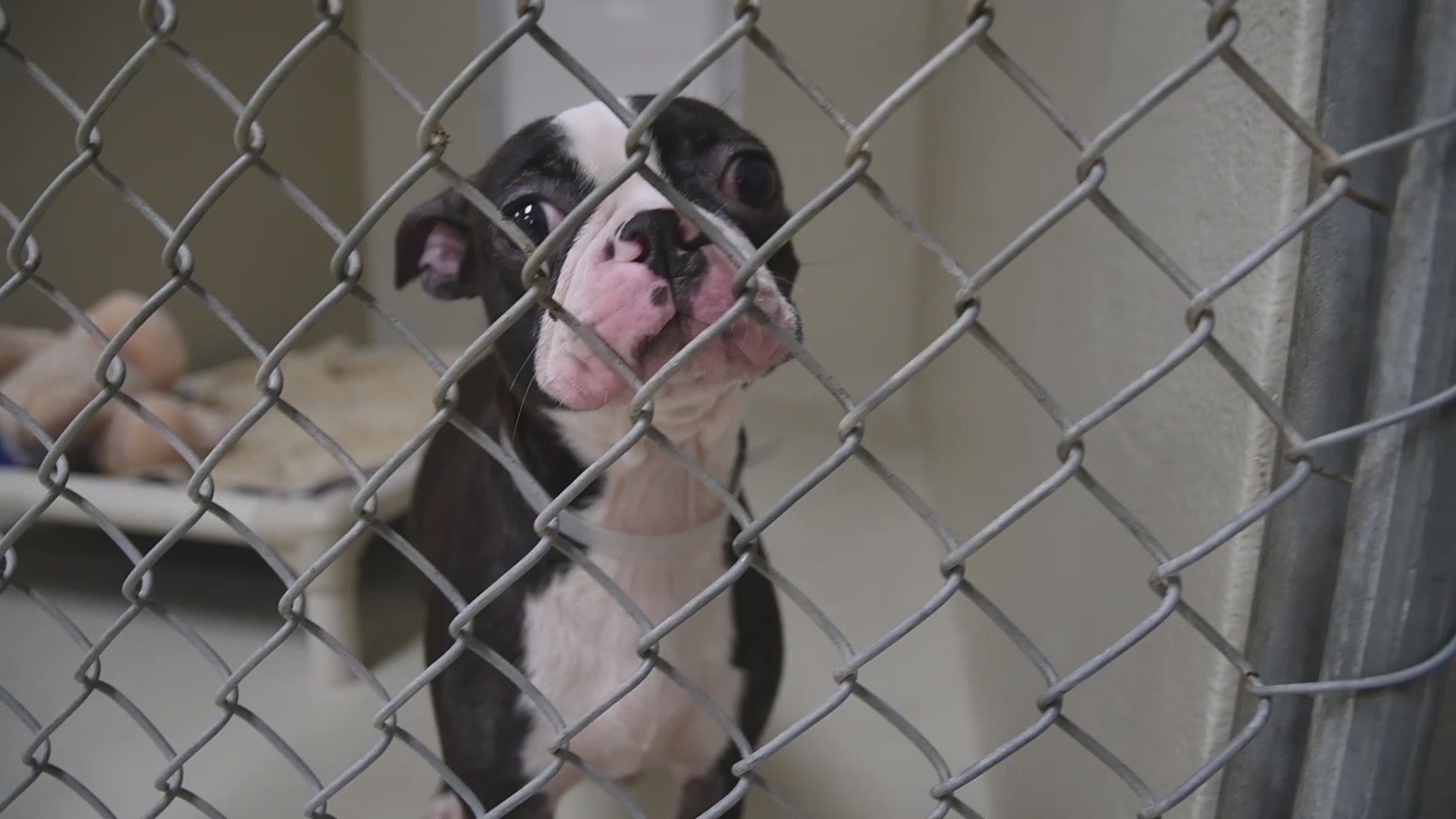 WOODBINE, Md. — A Woodbine, Md. couple is charged with over 100 counts of animal cruelty after Howard County Animal Control rescued 54 animals from a puppy mill.

Animal Control officials said they received a tip on Sept. 21 about animals living in poor conditions in a puppy mill being run out of a basement.

Animal control seized and rescued 50 dogs, three turtles and a parrot from the home.

Glenn Andrew Hopple, 58, and Candace Elizabeth Berry, 66, of the 16400 block of Frederick Road, were charged with failing to provide sufficient food, shelter, space and veterinary care to the animals.

In August, Animal Control rescued eight miniature horses and a donkey from the same location that were suffering from severe malnutrition, officials said.

RELATED: Chaining dogs outside may be prohibited in Prince George's County

"They all have medical issues -- hair loss, skin loaded with fleas. A lot of them had tumors that hadn't been addressed," Howard County Animal Control Officer Sheri Fox said.

"Our volunteers are really the unsung heroes in these kind of cases because they come in. They're not paid. They're cleaning the cages, cleaning the animals and walking them," Fox said.

Many of the animals have received veterinary evaluations and are available for adoption now.

Those interested in finding their new best friend can visit the Howard County Animal Control Department, but better hurry because officials said some have already been adopted!

Officials said each of Hopple and Berry's charges could carry up to a $1,000 fine and 90 days in jail.