A group of dogs were going to a Chinese slaughterhouse. Now, some of the dogs are up for adoption in Hampton Roads. 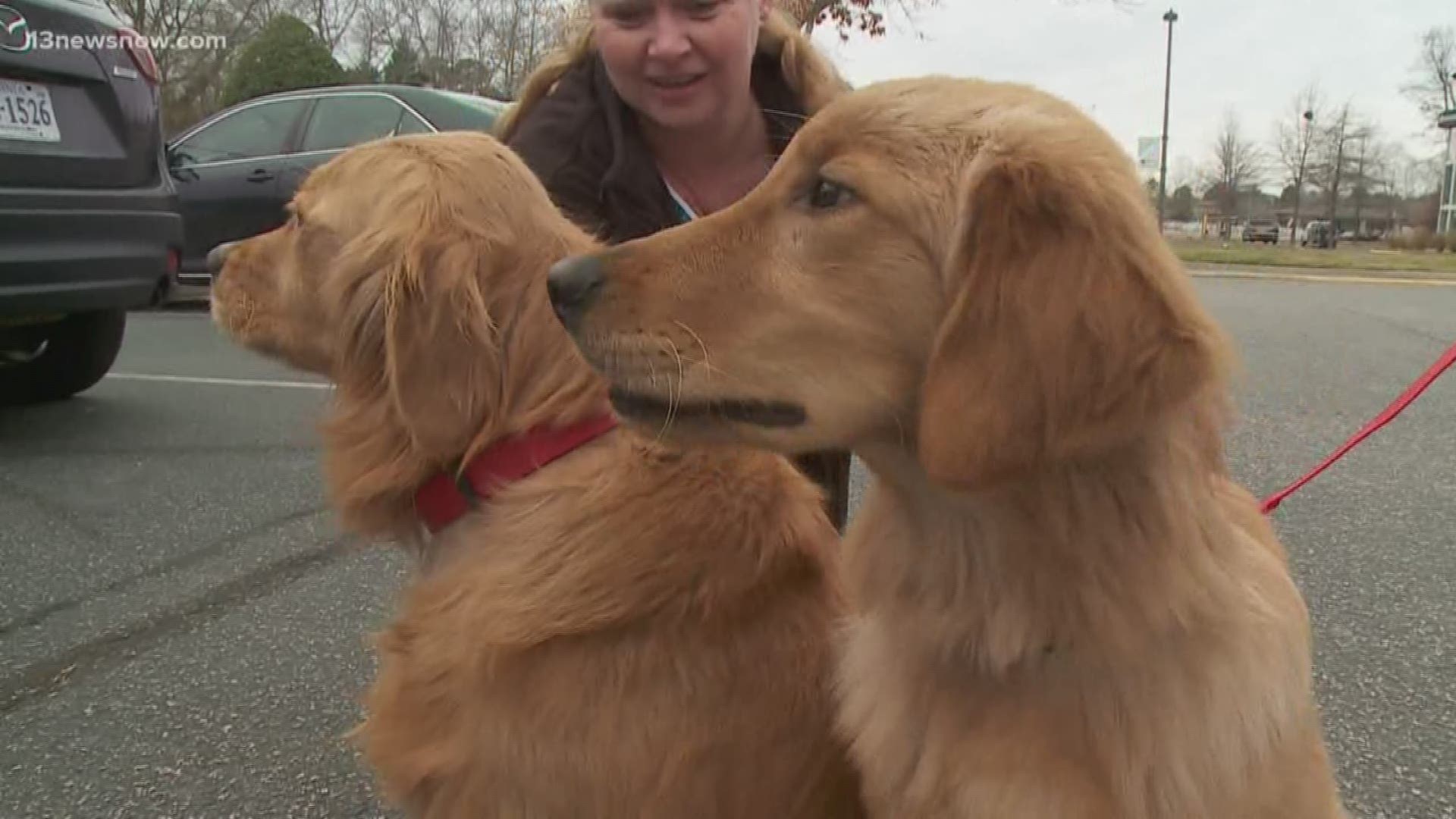 CHESAPEAKE, Va. — It's a very happy holiday for 22 Golden Retrievers after getting rescued from a Chinese slaughterhouse in China.

Volunteers for the non-profit Saving Harbin Dogs rescued the dogs from the slaughterhouse truck.

Now all four of them have a second chance at life in our community. One dog is in Williamsburg, another is in Chesapeake, and two are in Virginia Beach with temporary foster families.

"Having her celebrate her first Christmas here, it's going to be great,” said Beckman.

She told 13News Now that Luna was, "with a breeder who had finished with her and had called the slaughterhouse to come get her."

Beckman said Luna is traumatized by her time in China.

The non-profit’s Vice President Debbie Morris said, "you can tell that she's been abused."

Morris explained that that’s it's a common issue because Goldens Retrievers are the preferred breed to eat due to their size and temperament.

Morris said Beijing laws doesn't allow dogs that are taller than 14-inches. So, people tend to steal and mistreat them.

Yet, Morris said every Golden they've rescued shows the same reaction at the airport, and in life.

Several of the other rescue dogs are in various states like Massachusetts.

In about a month, anyone can adopt the Goldens and give them many more happy holidays in Hampton Roads at a forever home.

"We’re so glad and we’re going to find them homes that are going to love them the rest of their life,” said Beckman.