After choking on food, wild horse in Outer Banks has to retire to farm

Officials don't know if somebody fed Junior human food, or if he ate something that was laying around. His injuries mean he'll have to be kept on a farm from now on. 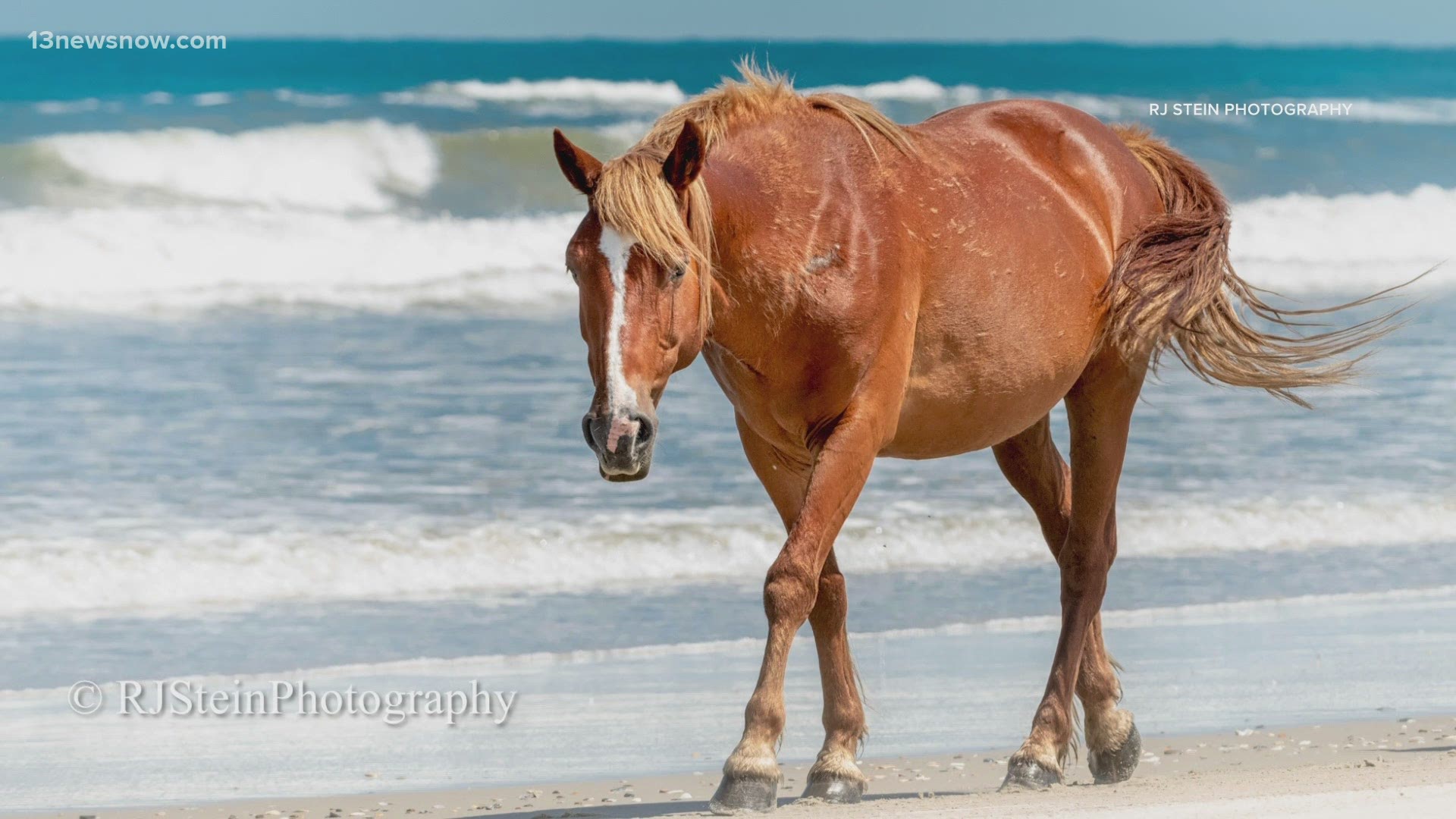 COROLLA, N.C. — One of the Corolla Wild Horses almost died after choking on food last week in the Outer Banks.

The Corolla Wild Horse Fund wrote about the close call on its Facebook page. A spokesperson said Amadeo Jr. -- "Junior" -- won't be able to go back to the wild after sustaining so much damage to his throat and eyes.

A person called for help after they saw the horse "running around frantically, rolling, and in a lot of discomfort."

A team was able to get Junior to a rescue farm where a vet immediately started working on getting the food out of his throat.

"It took about 24 hours after rescue for our vet to give him the all-clear, but we are confident now that he is going to make a full recovery," a spokesperson wrote on the Facebook page. "In addition to the choke, he also lacerated his eyes pretty badly when he was rolling in the sand. We are medicating them twice a day and they are starting to look better but without treatment he probably would have had permanent damage to his eyes."

Officials don't know if somebody fed Junior human food, or if he ate something that was laying around.

This happened about a year after another of the wild horses, Danny, died after choking on an apple.

The Wild Horse Fund is asking people to be diligent. It's important not to feed the horses, and it's also important to make sure your garbage is in tied bags, secured in a garbage can with a lid.

"Unfortunately, we are getting to the point where there isn't much more we can do to micromanage people's actions," wrote the spokesperson. "If people do not take some responsibility to learn the rules and follow them, this will keep happening."

The Facebook post said Junior was rescued from the Penny's Hill area, which is known to be his home.

"His ancestors have called that area home for hundreds of years and Junior's loss from the wild herd is truly devastating," wrote the Fund. "Of course we are happy to have him on the farm, happy that we saved him, and happy knowing he will be safe and comfortable for the rest of his life. But he should be wild."