After two hours of searching at least a half mile’s worth of manholes, HRA officers retrieved the poodle from the sewer and reunited him with his owners. 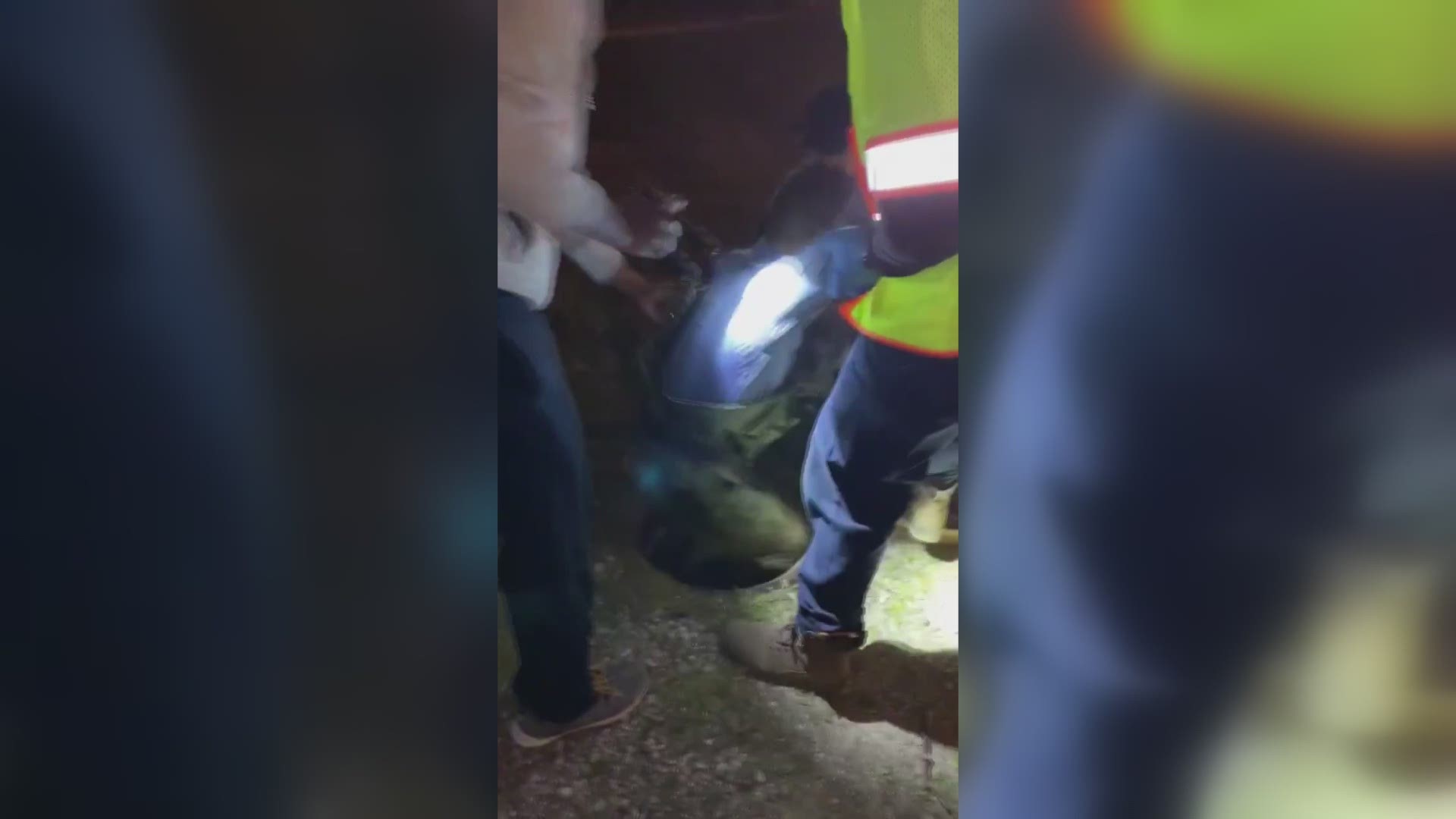 Prince the poodle, who is both blind and deaf, fell through a storm drain and became stuck. HRA officers were quickly notified, as well as DC Fire and DC Water.

After two hours of searching close to a mile's worth of manholes, the rescue team found Prince and lifted him from the sewer. Soon after, he was reunited with his owners.

"We were so impressed with how compassionate, relentless and professional [the officers] were and cannot thank them enough," Kelly Dawson, daughter of the owner, told PoPville. "In this time of uncertainty, it’s great to know that people still really care and that we haven’t given up on each other, or our pets!"

In response to the COVID-19 outbreak, the D.C. Humane Rescue Alliance is hosting several events in April giving away free pet food to those in need.

The "Pet Pantry" program supplies D.C. pet owners with approximately half the food needed by their dogs and cats each month, determined by species and weight.

Any pet owner who wishes to receive food for their pet through HRA’s Pet Pantry will be asked to complete an enrollment form the first time they come to pick up food.

After enrolling the first time, pet owners will be given an identification card that must be provided during each subsequent visit. Food may be picked up once per month via any of the Pet Pantry’s distribution events for each animal who is enrolled in the program.

RELATED: 'One more life we can save' | Possible surge in pet take-ins from coronavirus brings need for foster & adoptive parents