Are pit bulls a dangerous breed? 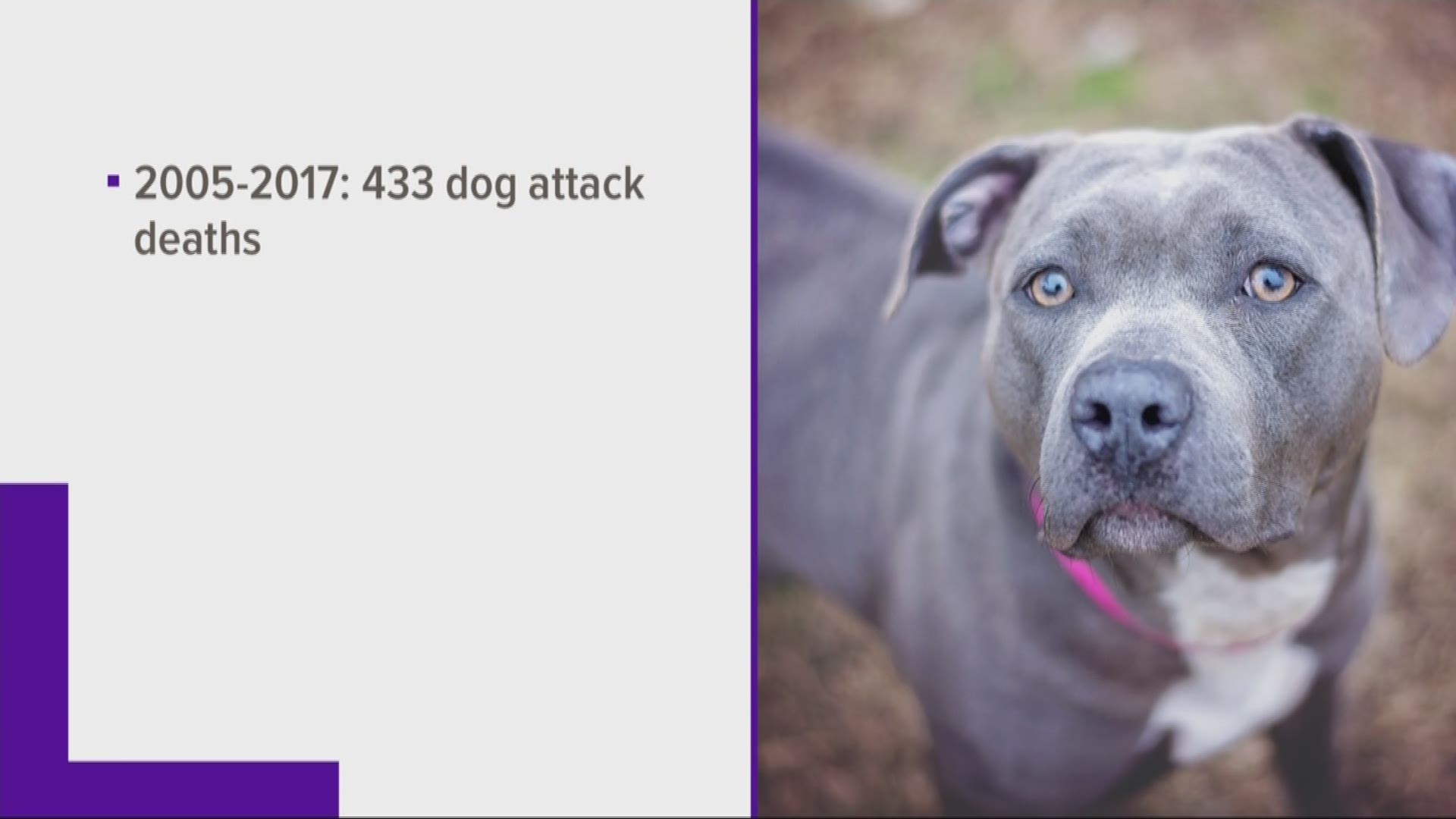 WASHINGTON -- There are few topics that divide animal lovers like the discussion of pit bulls.

After a tragic incident in SE Washington, D.C. over the weekend, a husband is mourning the loss of his wife after their family pet attacked her. Police say the dog was a pit bull. The Humane Rescue Alliance says it’s a mixed breed. The dog has since been euthanized.

RELATED: 'My wife is gone' | Husband mourns wife mauled to death by pit bull in DC

This vicious attack is reigniting a debate that's been smoldering for decades. Are pit bulls a genetically dangerous breed? Are they more likely to attack and kill than other breeds?

We didn't even need to ask those questions when we posted the story of Sunday's deadly mauling on our WUSA9 Facebook page. People immediately sounded off. Some defending pit bulls. Others say they simply don't trust the dogs.

Finding pit bull facts is a challenge. According to the American Veterinary Medical Association, that's because the CDC stopped collecting breed data on dog attacks 1998. One reason is that identifying a dog's breed isn't a perfect science. Even professionals can have a hard time, according to the AVMA.

But there is one website that does attempt to track the data: dogsbite.org.

The website says 433 people were killed in dog attacks between 2005 through 2017. They say 284 of those deaths, or 66 percent, were caused by one breed: pit bulls. The number jumps to 76 percent if you add in Rottweilers.

The AVMA says there are groups that dispute those numbers, saying the difficulty in identifying exact breeds makes these figures unreliable.

But back to dogsbite.org, they cite an Ohio Supreme Court case from 1991 that reads in part:

"Pit bull dogs possess unique and readily identifiable physical and behavioral traits which are capable of recognition both by dog owners of ordinary intelligence..."

So in addition to the stats themselves, experts can't even agree whether or not pit bulls can be properly identified.

Some states and municipalities do ban pit bulls.

In our area, Prince George's County is the only location to do that.