Four childhood friends believe the secret sauce to their success is that they move beyond "nuts and bolts" sports talk to a more relatable realm. 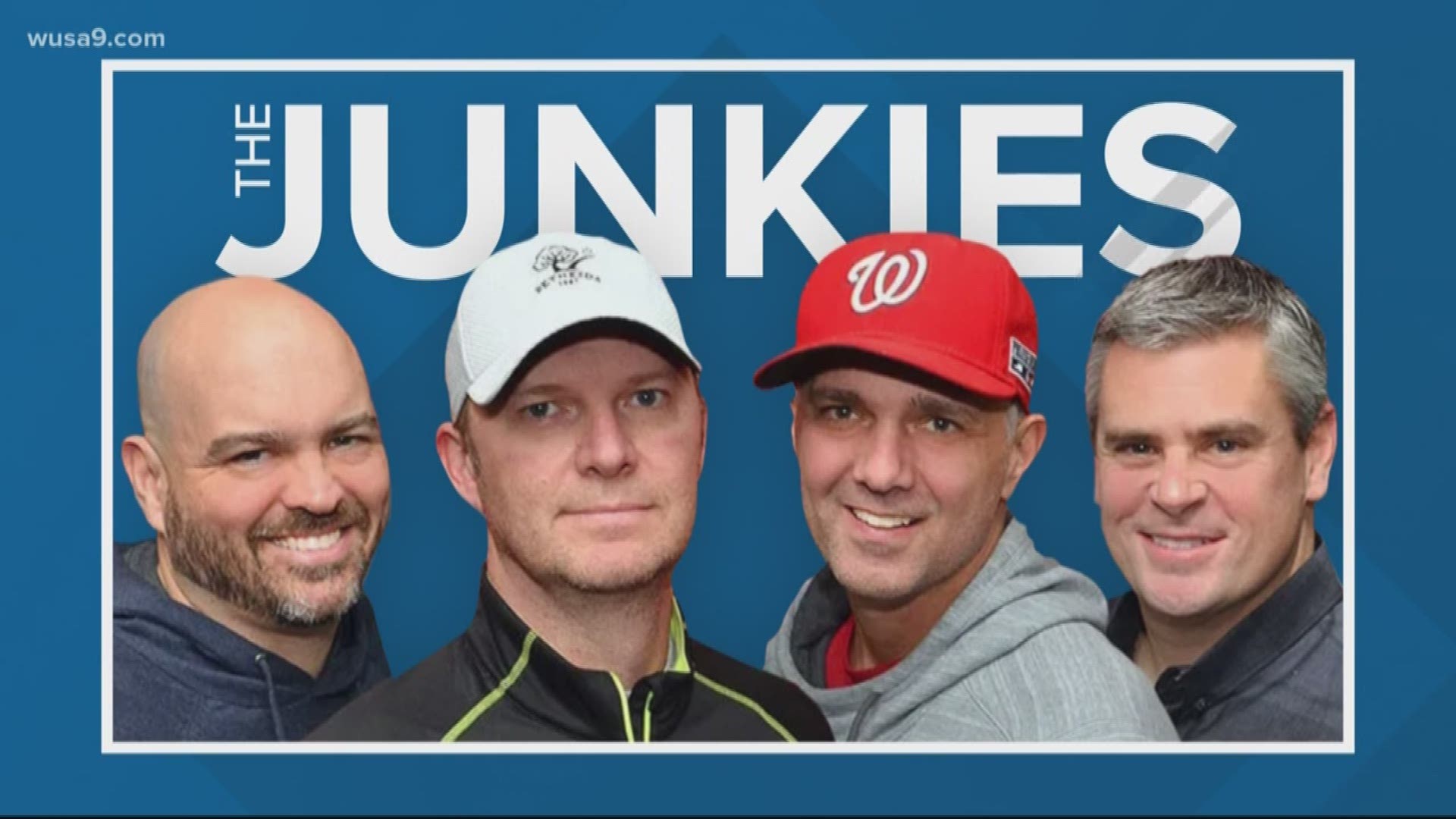 WASHINGTON — They are lifelong friends who have the type of banter that goes far beyond the walls of the studio.

Each of them stepped away from careers that included law, retail, education and sports, and took a gamble to jump into radio. The rest is history.

"I just usually get up, throw on some shoes," Eric Bickel said. I sleep in sweats and just come on in."

Die-hard fans of the early morning radio show know him as "EB," and his three co-hosts as the "Junkies." They are four best friends who leave nothing off the table.

Now, they dominate the airwaves in the DMV as "The Sports Junkies," and their story starts not far from their Southwest Waterfront radio station.

"We grew up together, we played sports together, we went to elementary school together, we're childhood friends," Bickel said. "Jason 'Bish' Bishop and I met in high school. We both went to DeMatha. John 'Cakes' Auville and John Paul 'JP' Flaim went to Roosevelt."

From 5 a.m. to 10 a.m. weekday mornings, EB, Bish, Cakes and JP sit around a table to banter about "guy stuff." And although much of their banter is about sports, they also talk about their wives, kids, gambling — pretty much everything.

"My mother-in-law said, 'Hey, you guys should do a cable access show. The guy down the street does a political show. You guys would be great at it,'" Bickel said. "It truly was the impetus, so, we went down to Bowie City Hall and we asked how to do it. I knew in my heart it was going to work. I just knew that people, if they would give us a chance, they would enjoy our conversations." 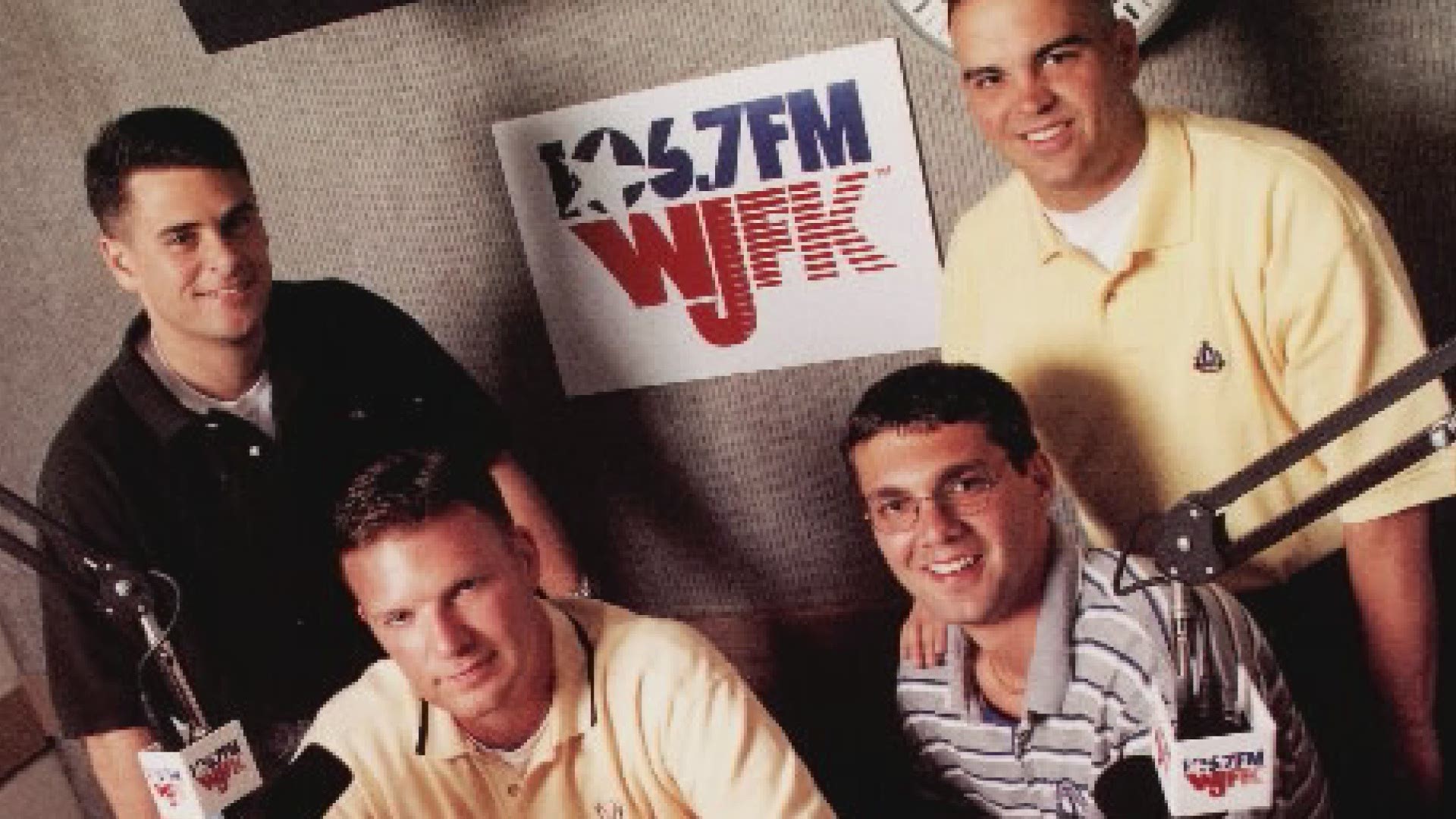 They don't sweat the formality of a scripted show. They just let it rip.

The special sauce for these four friends, according to Bickel: "We're not particularly high on talent, but we're super high on chemistry."

"I think that's a huge part of it," Auville added. "You know, if you want nuts and bolts sports, you can go anywhere for that. But, I think part of the big allure of the show is that we're relatable."

While the guys say their show may have started in 'guy talk', adding elements to their shows that move outside of the sports world is something that really led to them standing apart from other sports talk shows.

"We also talk about lives. We talk pop culture. We talk about movies and that's what we wanted the show to be about," Flaim said. "We're having fun, and it's cool that people have grown up with us," Flaim said. "You know, we started this in our 20s with almost this frat boy feel to the show. Now, we're guys with kids in college."

And when WUSA9's Annie Yu asked them if they ever feel the pressure to reinvent themselves or keep it fresh, Bickel said, "We feel pressure."

"At certain times," Bishop chimed in. 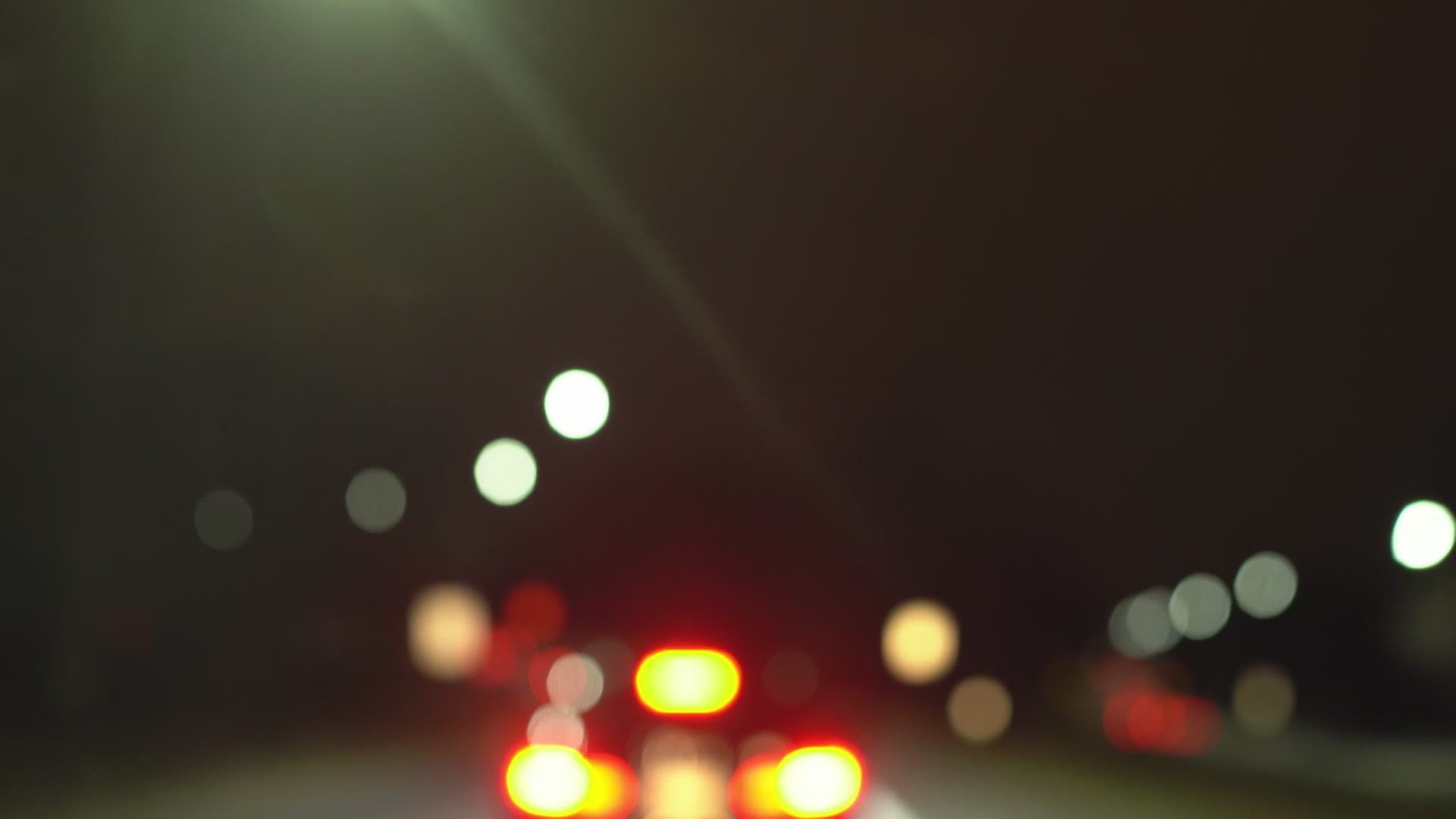 In just a short time after starting their public access show in the late 90s, "The Sports Junkies" became a powerhouse in local talk radio.

And, its because of their continual continuity on-air that has fans coming back for more, whether that is Bishop ranting over lost sports bets and his loathing for college kickers, Bickel getting hilariously drunk during "The Sports Junkies" holiday show as a competition or a variety of arguments that include the topics of math, family, snow days, betting, friendships and pizza toppings.

Also, the "Junkies" know that fellow DMV media helped them become popular in their hometown and region.

Flame himself said that stories, including one by the Washington Times' Dick Heller and another by The Washington Post Magazine, "changed the trajectory of our lives."

That trajectory started in 2006, as the team slid into the time slot dominated for years by Howard Stern, who would leave the airwaves of terrestrial radio, where he dominated ratings from 1986 to 2005, for a new partnership with SiriusXM Radio.

"I haven't looked at this in years," Flaim said, holding up the weekend Washington Post Magazine that featured their takeover. "It says 'the Junkies, four loudmouths from Prince George's County try to seize the throne of raunch.' I don't know if that's what we're trying to seize. We just wanted to be successful in the mornings because we are the last survivors of all the shows that replaced Stern across the country that still are on in the mornings."

"And, we're proud of that," Auville added.

"It was emotional!" Bickel said. "When we walked through both parades, I mean, people knew who we were, that's what blew me away!"

Success is something one can glean from the "Junkies" story, but the four friends agree that it took time for them to be comfortable with what they do -- day in and day out. This includes what fans and others outside of their profession think of the show.

"People thought, for I'd say the first 10 years, 'They must have other jobs. This can't be real.' That was a pet peeve" said Bickel.

Bishop said the question fans frequently ask him is whether he gets in early to prepare for the show.

"They think that I get in at 4:30 a.m. or 5 a.m. to prepare for a 6 o'clock show," Bickel said, adding to the perception that Bishop has picked up on from fans. "Our whole life is preparing, just living your life is prep for the show!"

Another thing the group finds humorous and strange is that fans think they attend and watch every sporting event.

"One misconception is that we watch and attend every home game. We just can't," Auville said, who referenced the early hours they have and adding that when he makes it to games, it's usually on weekends when he's not having to get up early.

1 / 6
The Sports Junkies
A story of how four loud-mouth friends from Prince George's County became the voice of sports fans from across the region.

While the four Prince George's County natives remain close, it's obvious that they have grown up, and that their relationships with each other have changed over the decades.

What once was hanging out inside and outside of work, going on family vacations together and living their lives around one another — now has changed.

They say it because it's hard to work hours a day with the same people for so long and not need time apart. But all four realize this, and it's their growth as people that have helped them sustain an amount of success that others have not.

"We're the last of a dying breed to be honest with you. We grew up in hot talk, guy talk radio and iconic shows. They don't exist anymore," Bickel said. "If it weren't for the people who have listened to us all these years, we wouldn't be here today. We wouldn't have the life we have today. So, we're indebted to our listeners forever."