Barney Smith started decorating toilet seats at his home in San Antonio before the collection was moved to North Texas. 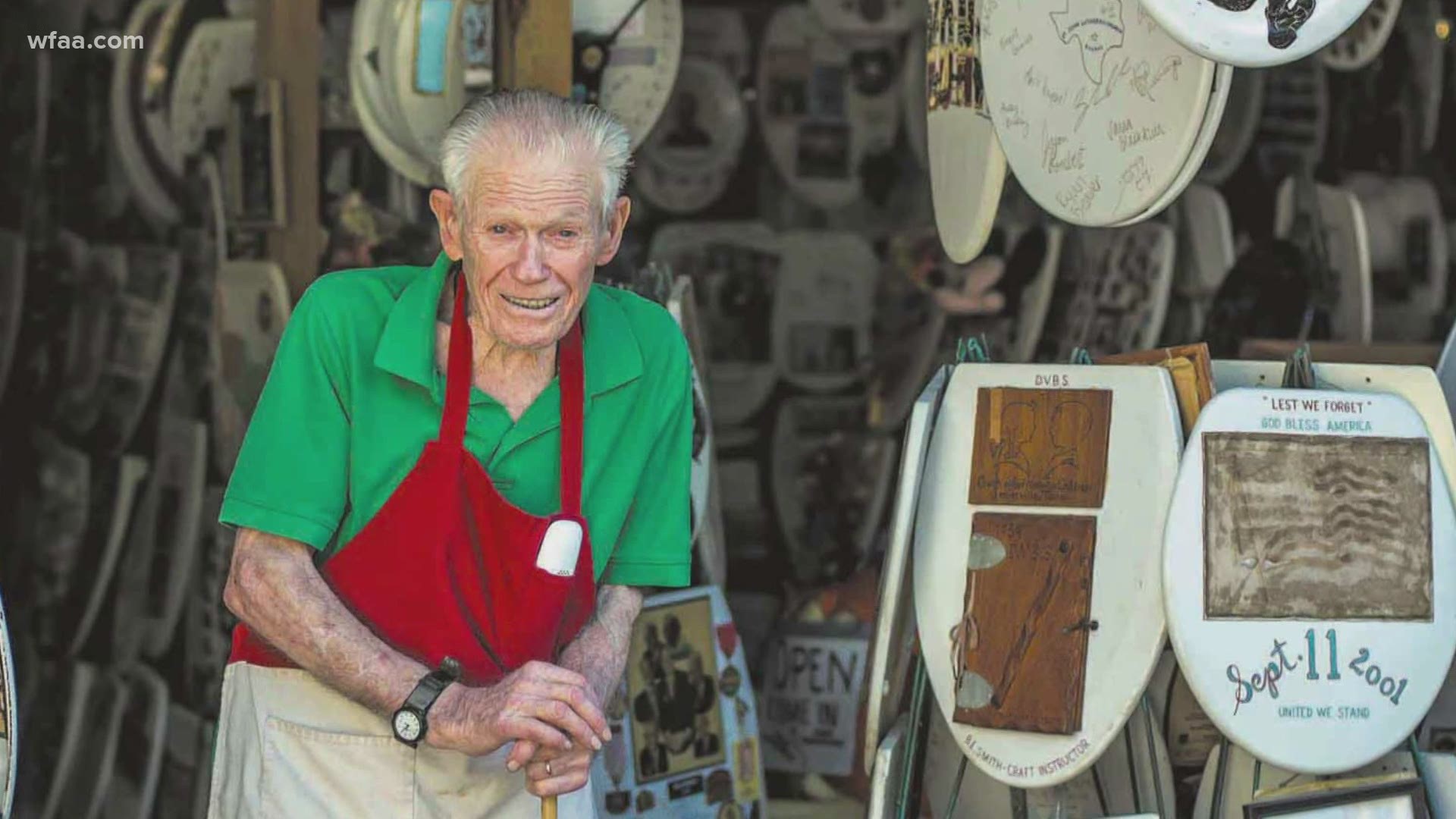 We will always remember the Alamo and will never forget the grassy knoll.

Mostly because there are places to remind us. But what about cockroaches, washing machines and the dead? In Texas, there’s a place for them too, because all of them have their own museums.

One of the strangest museums anywhere in the state exists only because one Texas man made it his lifelong mission to collect toilet seats.

Barney Smith didn’t just collect toilet seats, he turned them into art. Then he made a museum for them at his house in San Antonio.

Up until his death in 2019, Smith rolled out more than 1,300 artistic toilet seats, but before he closed the lid, he wanted to dump the load on someone else.

Jason Boso bought Smith’s toilet seat museum and plopped it at the Truck Yard in The Colony.

A couple weeks before he died, Smith was able to cut the ribbon and see his art displayed in a new, palatial museum.

“And he looked around and a tear came to his eye, and I just lost it,” Boso said. “I started crying. I have a little bit of emotion right now, to see someone’s life come to life like this.”

For Smith, these toilet seats weren’t a crappy joke, they were his life story.

He first decorated a toilet seat as boy when he needed a way to mount deer antlers after a hunt. After that, fancying up toilet seats became a hobby.

A plumber and an artist, Smith spent 80 years paying tribute to all sorts of history, places and people.

He fit a lot of things on toilet seats.

There’s one with a piece of the Space Shuttle Challenger on it, another with a million dollars shredded into teeny, tiny pieces and he even snagged a toilet seat from the palace of Saddam Hussein.

Smith was constipated with creativity, and Boso believes there are others out there just like Smith; artists who have so many great ideas, they can no longer hold it in.

He’s hopeful others will be inspired to sit down and push out something fresh to add to the collection.

“I want this to be added to, and I asked Barney can I add on to this,” Boso said. “And so, Matthew McConaughey, we’ll take a toilet seat from you.”

This was already no ordinary art museum, and now it will be a lasting tribute to one of Texas’ most quirky characters.