Twana Buck brought her daughter, Bonita, to protests to remind the crowd to fight for a better present, as well as a better future for her toddler’s generation. 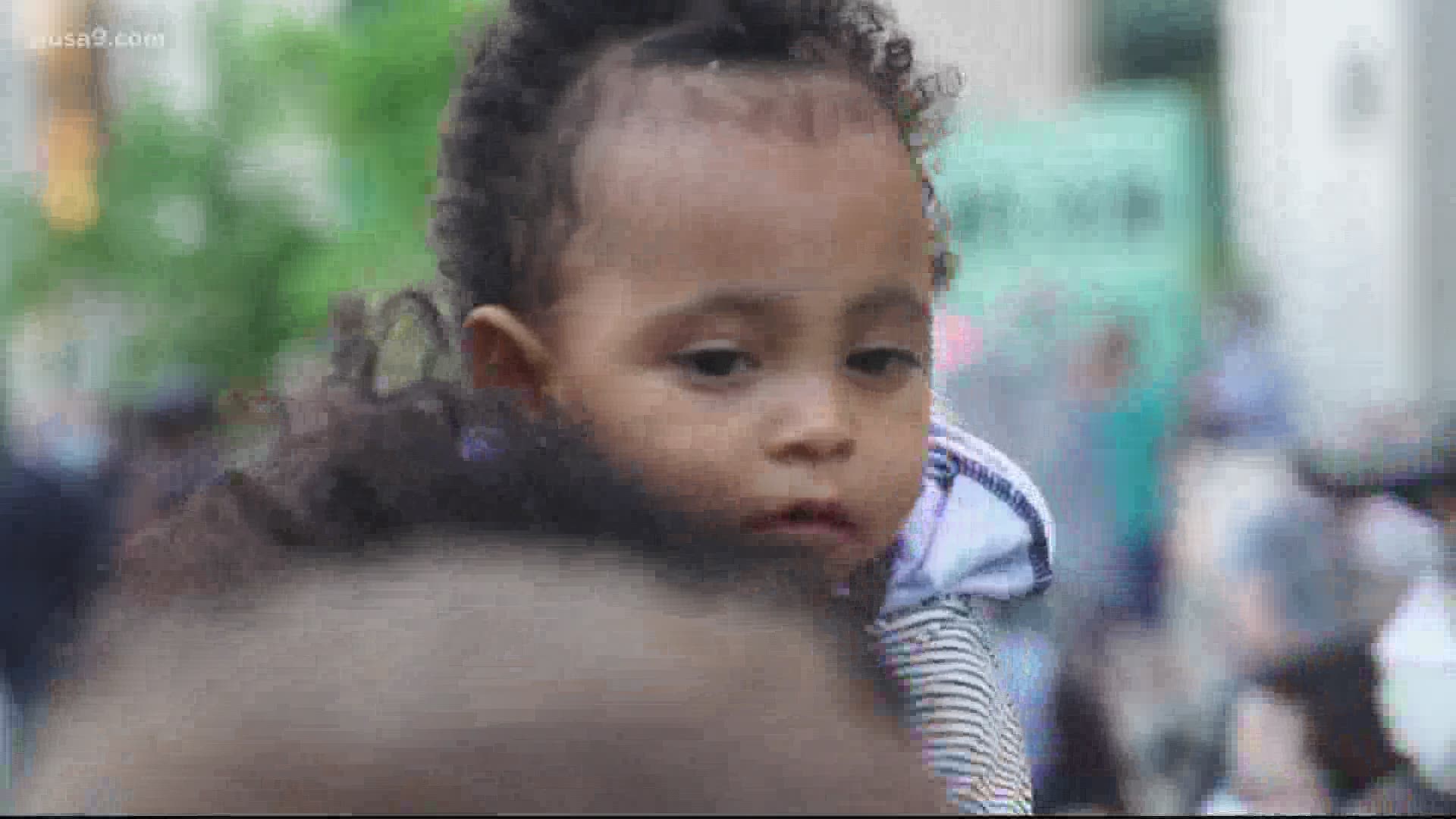 WASHINGTON — A day after flash grenades cleared Lafayette Square, a mother and her toddler approached protesters at the new, heightened fence in front of the White House.

As crowds grew Tuesday, demonstrators shook the barrier, feet from the US Park Police and Department of Homeland Security officers guarding the president’s doorstep.

But Twana Buck brought her daughter, Bonita, to the 8-ft. fence. She wanted to remind the crowd that they fought for a better present, as well as a better future — her toddler’s generation.

"I thought her presence was much needed, because, things got shaky," Buck said. "[Protesters] wanted to shake the fence. They wanted to get violent. But, I think after they saw my daughter, it was a reminder to keep things peaceful."

Demonstrators, photographers and journalists seemed to react to the 1.5-year-old as a calming presence, an unusual sight amid the unrest.

The day resulted in no major incidents around the square, and no forced removals.

"Given how the day turned out, I feel even more empowered," Buck said. "This is for her. I want to get this taken care of so she doesn’t have to come back for the same issue in 15 years, over and over again."

TWO HOURS — Past curfew, this is the scene outside the White House. There was a minor disturbance in the crowd, which has since subsided.
So far, NO ONE removed from Lafayette Square #GeorgeFloyd @WUSA9 pic.twitter.com/E1I8fylrv6