This device would change the intubation process during hospital visits

Researchers at American University are using a 3D printer to solve a big problem. 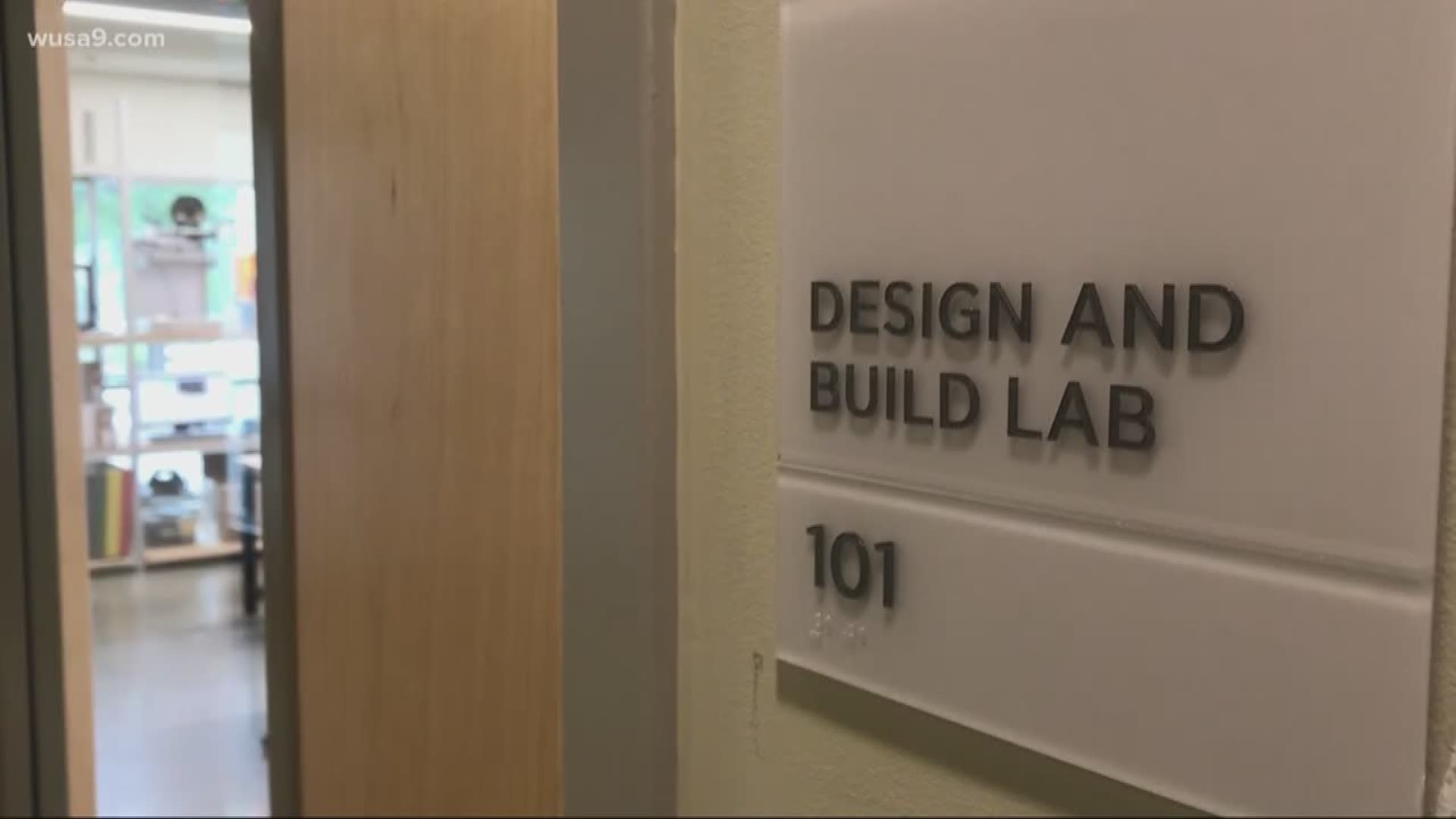 WASHINGTON — Inside the “Build and Design Lab” at American University in Washington, D.C., a 3-D printer is crafting a small solution to a big problem.

It’s an all-in-one, disposable, and biodegradable tool that would innovate intubation – the process of putting a tube down a patient’s throat.

Irena Volkov, a neuroscientist by training, says the old way of completing intubation wasn’t good enough. She and the company she founded, Surgicure Technologies, is determined to fix the problem.

“People are continuously making these mistakes,” Volkov said. “I’ve seen how it affects families and friends, and my goal was to make that change.”

Whenever an anesthetic is used for surgery, intubation is required. Typically, a bite block is used to keep the patient’s mouth open while medical tubes are placed where they need to be.

But the problem, according to Volkov, is the use of a typical bite block.

“The issue is right now, to keep a patient’s mouth open for intubation to be administered, doctors are using bite blocks placed between the front incisors,” Volkov said. “They are inherently very weak teeth, so there’s been problem with tooth loss or tooth damage… the bite block can also become loose, travel to the back of the throat, suffocating the patient.”

Additionally, adhesives are usually used to keep tubes attached to the patient. Normally, that would be fine; but when considering patients like burn victims, it can be very painful. Therefore, this new device is meant to solve both aforementioned issues by having a more secure foundation and avoiding unnecessary contact with the patient’s face.

“It’s a single device and that’s what’s so special about it,” Volkov said. “It provides the functionality of both a bite block and a medical tube securing device, but it’s all in one.”

It’s meant to be placed on the back molars, giving extra support and strength so the mouth can stay open. The other part of the frame protrudes out – making sure there’s no contact with the face. Tubes can then be attached without any extra pressure on the patient.

It doesn’t look like much, until you consider what it could prevent in the operating room.

“There are extra infections, potential fatalities, extra damage, and length in stay in the hospital… more expensive procedures, and it’s costing the patients and hospitals a ton of money,” Volkov said.

The device was initially created in the Army specifically for burn victims. Volkov eventually joined the team after connecting with the Army through FedTech – an organization bringing together students with government-based projects and allowing the projects to be developed/exposed. Volkov created a licensing agreement with the U.S. Army Medical Research & Development Command (USAMRDC) and started producing the device.

Functionality and efficiency are the most important factors.

“More often than not doctors rely on doing things quick and easy… I think it’s just the combination and thinking about how we can make this easier and more efficient for our patients and practitioners,” Volkov said.

After building prototypes and conducting more than 160 interviews for research, Volkov said the next step is to further develop the device and ease into the supply chain, figuring out how to get into mass production and ultimately into as many hospitals as possible.

“What speaks to me about this project is having that real-time impact on people, because I was finding out all these problems that have such a simple solution and it was infuriating me that it wasn’t there or accessible,”  Volkov said.

Also on the checklist is getting FDA approval and potentially going through clinical trials with the Army.

In Volkov’s mind, complicated problems sometimes don’t need a complicated answer. The journey and the joy of making an impact is enough to guide the way.

“I’m not driven by the money or the press… it’s being able to see it in someone’s hands and seeing the relief on a child’s face or the community that says, ‘I know they’re going to be okay,’”  Volkov expressed.