Should the federal minimum wage be raised to $15 per hour?

That $15 per hour would have a large positive effect on U.S. workers. 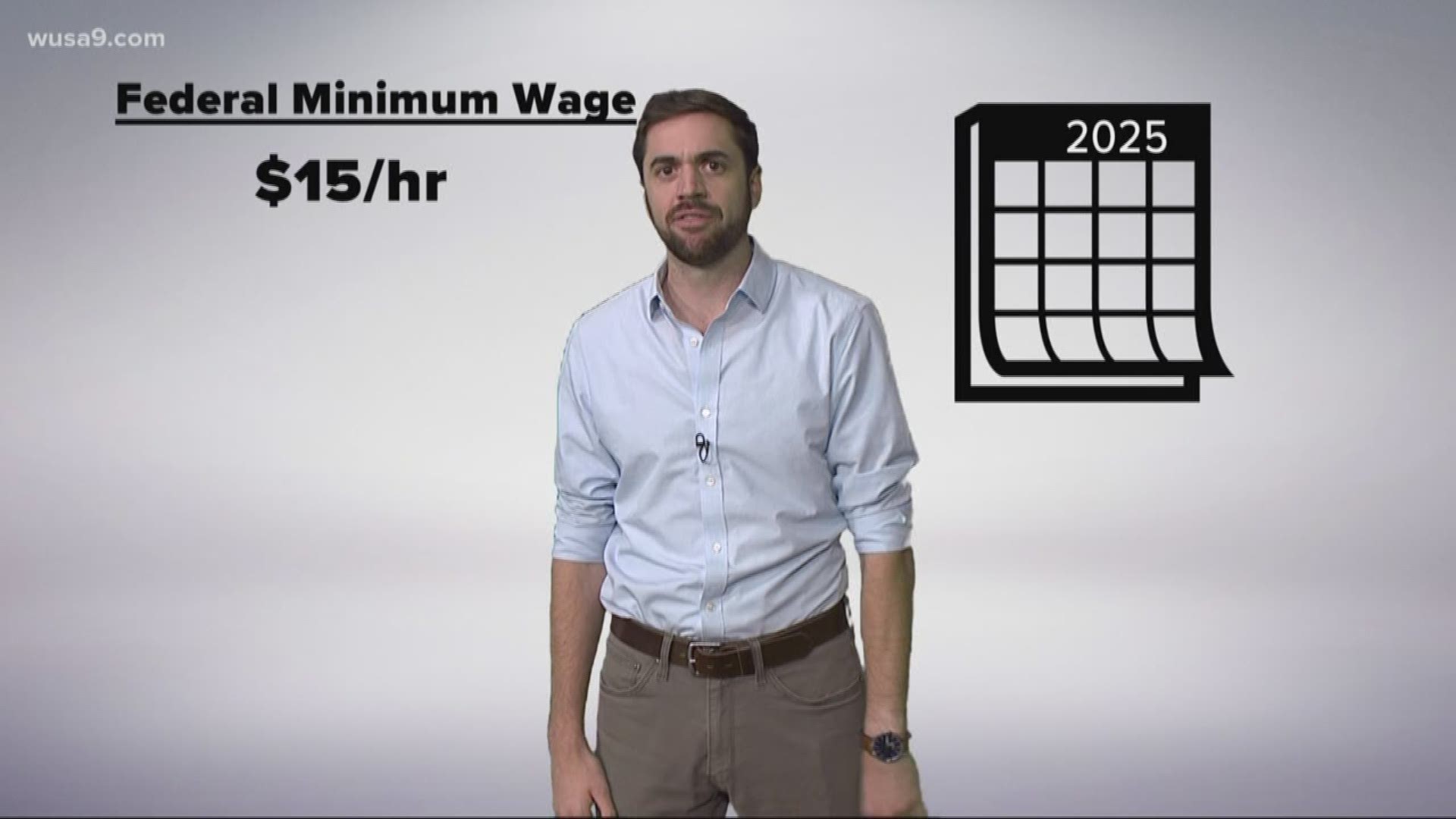 WASHINGTON — Should the federal minimum wage be raised to $15 per hour? That issue has not only been a centerpiece of the Democratic Debates, it is also a step closer to being reality because of a bill in Congress.

But what would happen if the minimum wage was increased to $15 per hour?

We looked into the report on minimum wage increases from the Congressional Budget Office. The CBO found that $15 per hour would have a large positive effect on U.S. workers. However, it also found there was a chance for many people to lose jobs.

Since 2009, the federal minimum wage has been set at $7.25 per hour. The “Raise the Wage Act” is the first piece of legislation to attempt to raise it.

According to the CBO, the wage increase would raise pay for 17 million workers and lift 1.3 million people out of poverty.

But the CBO also estimates that hike of that size in the wage could get people fired. The study suggested anywhere from 0 to 3.7 million workers would lose their jobs. The likelihood of those workers getting rehired isn’t great.

It is not quite as exciting. But the smaller increase would have less dramatic positive and negative effects on workers. However, it’s not being discussed.

Maybe $12 per hour isn’t the splash lawmakers want to make. However, the current “Raise the Wage Act” might never get voted on in the Senate. Maybe it is time to look at smaller increases.