Indeed, this prom had everything: Dolphins, dancing and disco ... oh my! 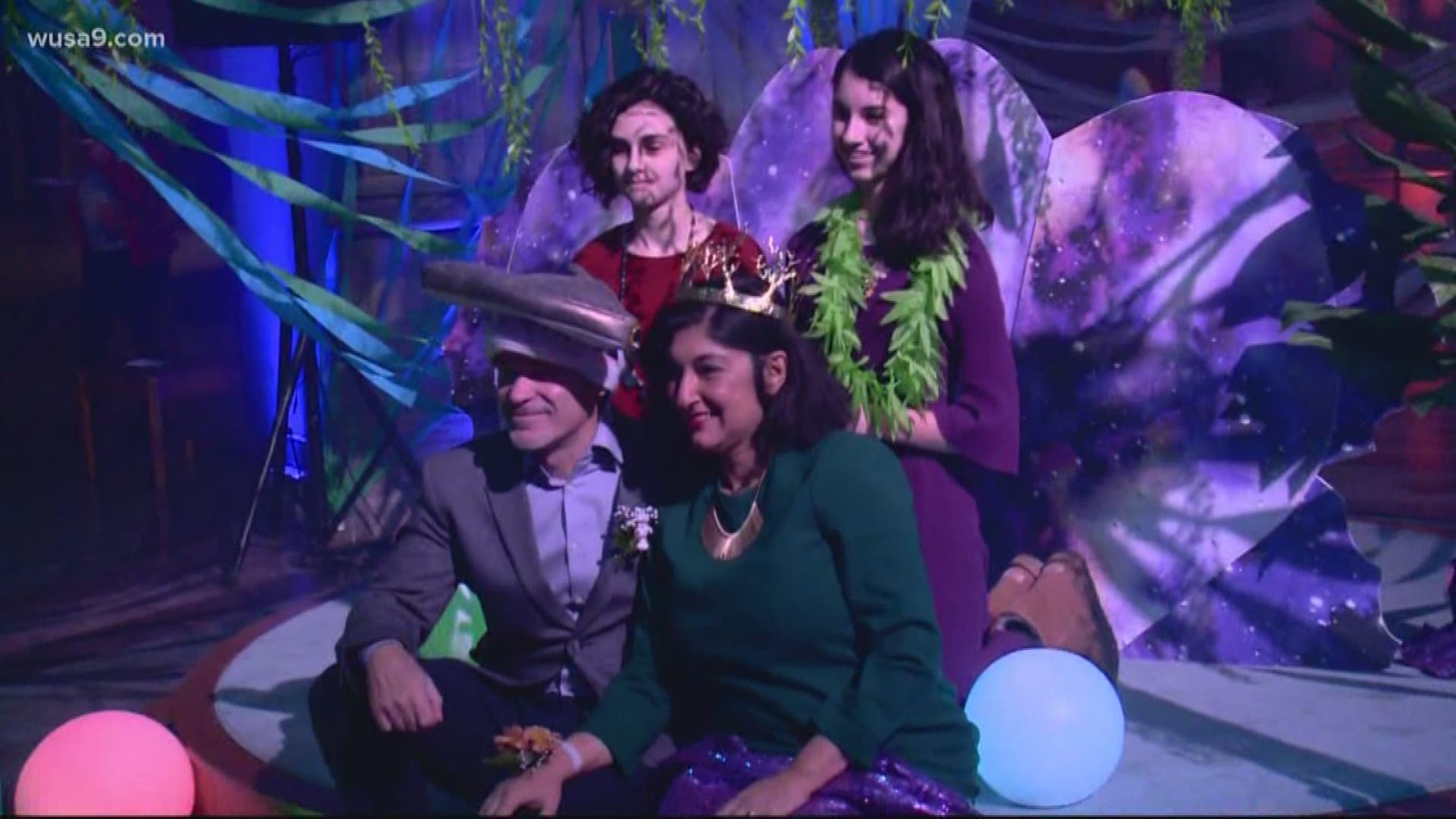 WASHINGTON — Most of us wouldn't mind a prom re-do. The drama. The photos. Lest we forget, the fashion.

"Dive into a magical underwater experience with our Second Chance Prom, where everyone gets a do-over on the high school dances they want to relive, forget or experience for the first time" the advertisement for the event begins. "We provide the crepe-paper seaweed, bubbles and snacks for our evening of Enchantment Under the Sea, and all you need to bring is your sweetie, bestie or just yourself to the best Valentine’s dance party in Washington."

Indeed, this prom had everything: dolphins, dancing, disco!

It was a sight to be seen, with smoke machines and sailor costumes whisking more than 650 people to another world, where the worries of Washington melted away.

The sounds of Sinatra and Gaga echoed within the gorgeous, Gothic setting, as the worst elements of prom were checked at the front door.

"No high school fighting, it’s just all about the dancing," attendee Sarah Anderson said. "And you should never, ever, pass up an opportunity like this to go dancing."

There were indeed couples who took advantage of the event’s promise of a second chance prom, deciding that forging fond memories in a cathedral certainly beat awkward dancing in a high school gym.

"We were supposed to go to prom, but we never did," Edward Ventura said, with his date Dana by his side. "I was a couple years older than her, and we had different friends. But what better way to make up for that than tonight."

This was the second year for the new tradition – the culmination of the cathedral’s Seeing Deeper Week. Events preceding the prom featured new ways to see the cavernous space, including cathedral yoga and nighttime music and light show.

RELATED: National Cathedral excerpts 'Letter From a Birmingham Jail' in special service ahead of MLK Day