Is it a curse or just bad luck? Redskins struggle since Native American blessing last year

The team has been 1-12 since a Native American blessing before a Houston Texans game last year. 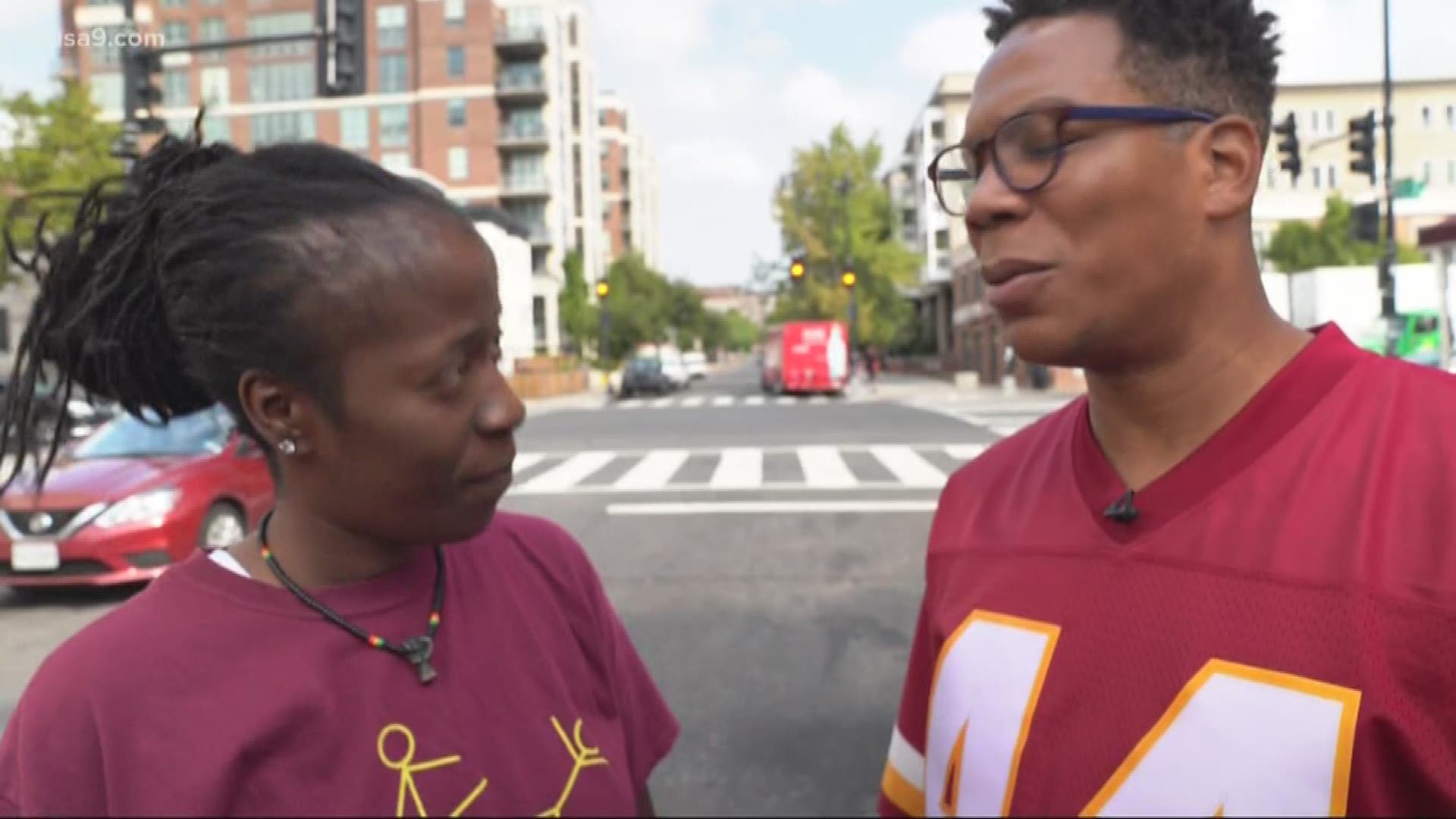 WASHINGTON — Perhaps new management isn't the only issue the Washington Redskins are facing. The controversy over the team name has sparked debate over recent years, with some calling for a new logo and a name that is less derogatory.

One such activity? A Native American blessing ceremony before the Nov.18 game against the Houston Texans -- the same game where quarterback Alex Smith broke his leg in two pieces (fibula and right tibia) and was out for the season.

The injury eerily coincided with former Redskins quarterback Joe Theismann's, who also broke his fibula and right tibia on Nov. 18 -- exactly 33 years apart. Both Theismann and Smith's injuries happened near the 40-yard line, with fans speculating over the coincidence and similarities.

Credit: AP
Washington Redskins quarterback Alex Smith, bottom, reacts after an injury during the second half of an NFL football game against the Houston Texans, Sunday, Nov. 18, 2018, in Landover, Md. (AP Photo/Mark Tenally)

But Smith's terrible injury isn't the only bad luck the team has faced since the blessing.

The team has only won a single game since the game against the Texans, losing 12 -- five losses straight since this season has started. They also recently fired head coach Jay Gruden, and have placed 35 players on injured reserve since that November game.

After the blessing back in November, social media blew up with reactions about a potential curse:

After the consistent losing in this season alone, GetUpDC host Reese Waters went around the District asking residents to sign a petition to get the team to win.

We will see if the petition works. Currently, tickets are available for the team's next game against the Miami Dolphins on Oct.13 for just $16 -- cheaper than admission into the Miami Zoo.

RELATED: 'Your livelihood depends on every win' | Wife of Redskins head coach speaks her mind