Protesters fear Judge Fisher's decision to jail a woman who had allegedly been victimized by her boyfriend will convince other victims there's no point seeking help. 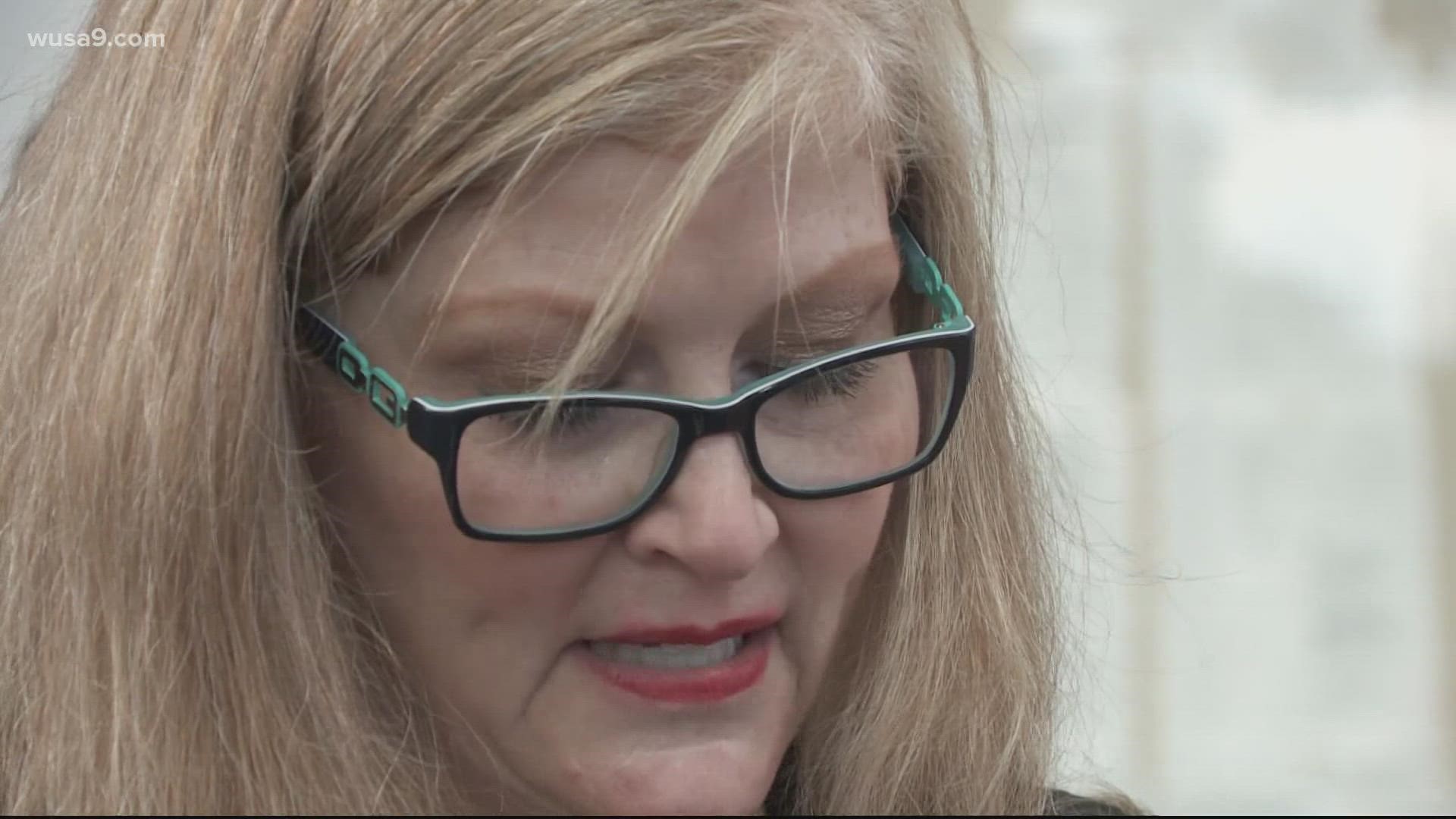 LEESBURG, Va. — Protesters are demanding the ouster of a Loudoun County circuit court judge, accusing him of sending a chilling message to victims of domestic violence.

A dozen people gathered outside the courthouse in Leesburg Thursday, calling on the state to discipline Judge James Fisher.

"I think this guy may have a problem with women," Del. Mark Levine(D-VA) said of the judge. Levine has been actively fighting domestic violence since his sister was murdered by her husband in 1996.

"This is a lawless man," Levine said. "He is unqualified."

Katie Orndoff came to court earlier this month to testify that her former partner had punched her twice in the face, leaving her bloodied and battered. Prosecutors said James Phillips had been convicted of domestic violence twice before, making his latest alleged attack a felony.

But after Orndoff nervously testified for about an hour and a half in front of her alleged attacker, Judge Fisher decided she was intoxicated on marijuana, ordered her taken off the stand, sent to jail, and blood tested for drugs.

"I'm going to remand you to the custody of the Sheriff," the judge told her.

"Judge!" Assistant Commonwealth's Attorney Elena Ventura shouted in a failed attempt to get him to reconsider.

"What am I supposed to do? I don't understand!" Orndoff said, just before the bailiff led her away.

The protest organizer, Lisa Sales, was almost in tears as she read a statement from Orndoff.

"Not only did I suffer abuse by my significant other, but I was punished for testifying," Sales read from Orndoff's statement. "I've learned that it does no good to report domestic abuse, because the system and the courts have no real interest in protecting victims and pushing abusers."

Judge Fisher has declined comment through his chief of staff, saying that to speak on a pending matter would violate judicial canons of ethics.

On Wednesday, he refused to even hear a motion to quash his contempt judgment by a lawyer who's now representing Orndoff for free.

"It's not easy to testify," said Loudoun County Commonwealth's Attorney Buta Biberaj, who joined the demonstrators at the rally.

The case against Orndoff's former partner ended in a mistrial after she was detained, and Biberaj, says she may never get justice, like many other victims. "Near impossible to try because of what has occurred," she said.

"If that violent criminal who should have been convicted but can't be because of the judge's conduct goes out and harms another person, then that person's blood is on the judge's hands," said Levine.