At the Oxon Hill Popeyes a man was stabbed at earlier this month, local fitness members hosted a free workout class to encourage mental and physical health. 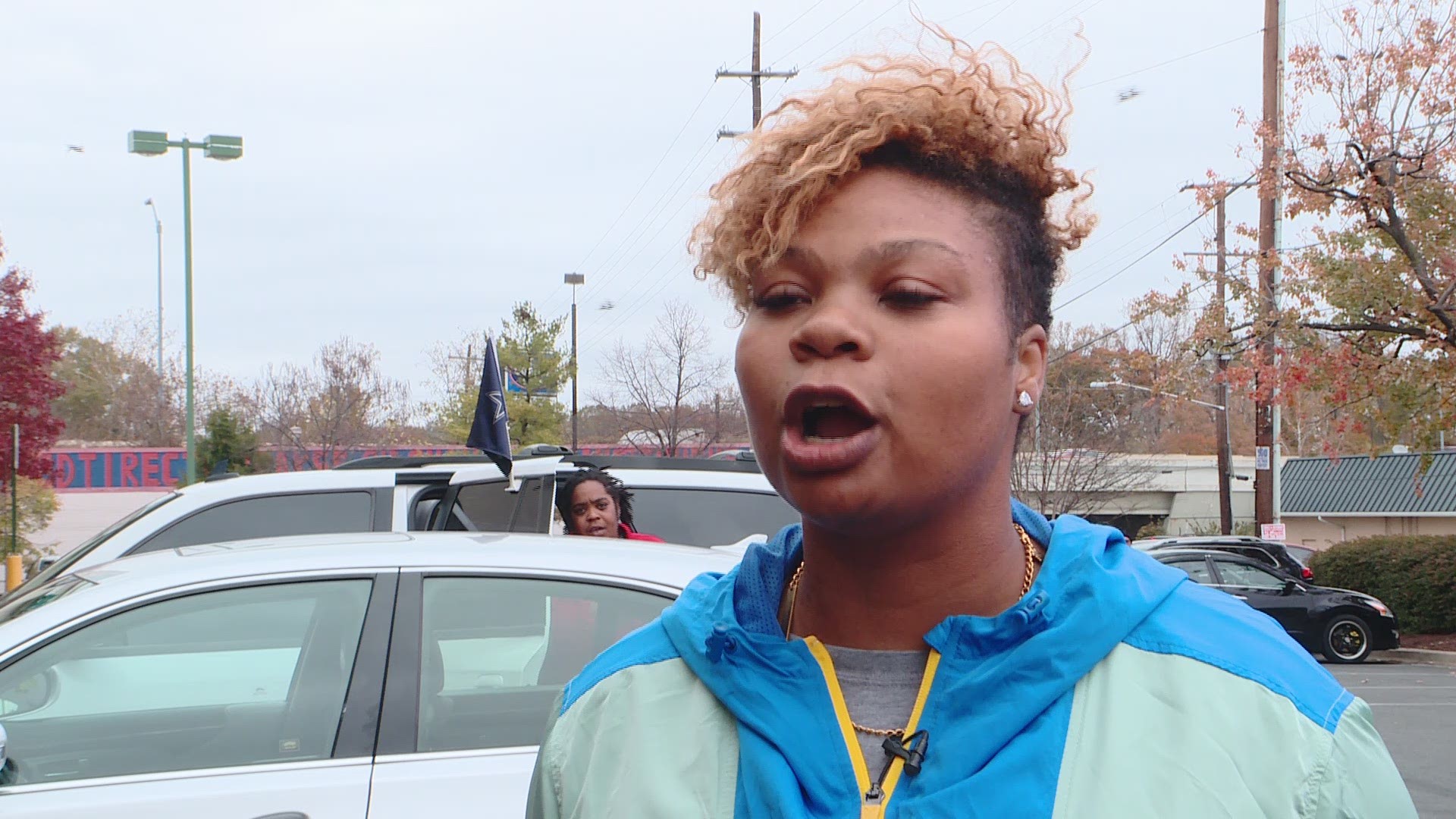 Trainers, such as Gym Jonez, said they wanted to use a workout as a form of protest.

"We wanted to do it here because we want to show on the same concrete that we line up for chicken, we can do stuff to give ourselves better health and wellness," Gym Jonez said.

The workout was held at the same Popeyes that 28-year-old Kevin Tyrell Davis was stabbed to death earlier this month.

Police said the encounter began after Davis had apparently cut a 15-minute line inside an Oxon Hill Popeyes restaurant to get one of the franchises' wildly popular sandwich.

Sunday’s workout had trainers focusing on turning the conversation into health awareness.

Credit: WUSA
The workout was led by local trainers who work across the D.C. area.

"The main reason we want to come out here is to raise awareness in our community about health, nutrition, and fitness, especially mental health," Jovan Jackson with PR Fitness Camp said.

RELATED: Friends of man stabbed to death at Popeyes say it was not over a chicken sandwich

That’s what drew people to the workout, Leeshe Grimes said. Grimes stated that the incident at the fast-food chain deeply saddened her, and she said she wanted to do something about it.

"I think it’s deeper than a chicken sandwich. If we could deal with conflict better, it might have not happened," Grimes said. "If only people are aware of their mental health state as well as their physical."

The funeral for Kevin Tyrell Davis is scheduled for Nov. 18.

Ricoh McClain has been charged in his murder.