Why isn’t Nats Park, RFK, or DC Convention Center a mass vaccination site? It’s because of the supply numbers

DC officials said if they set up mass vaccination sites now, the massive facilities would consume the city’s small supply of vaccines. 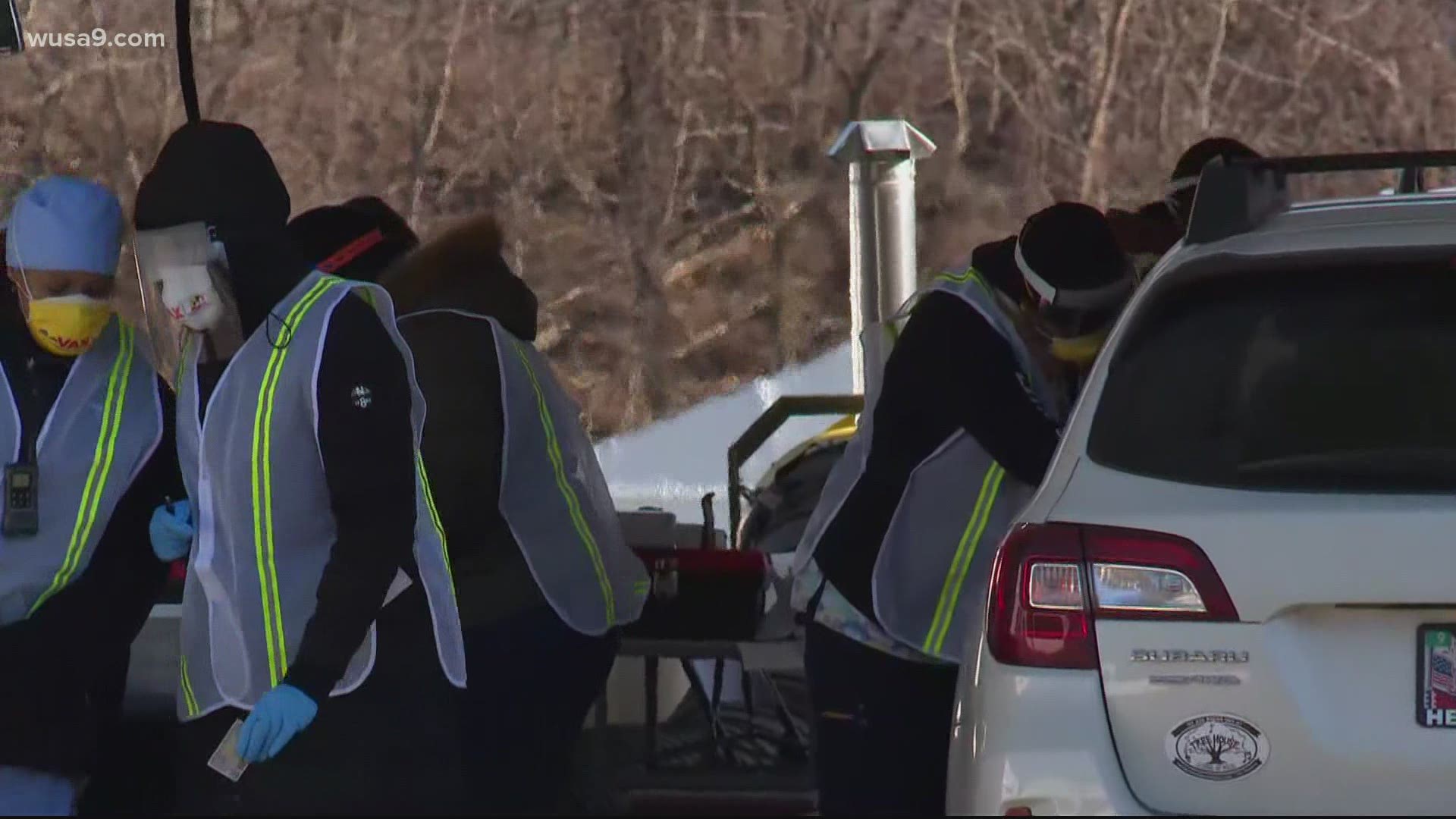 WASHINGTON — As Dodger Stadium in Los Angeles vaccinates an average of 6,203 people per day, Nationals Park sits empty, without a mass vaccination site. The same holds true for the Washington Convention Center, the grounds of RFK Stadium and the fields of the National Mall.

“Opening up a high-throughput site that could vaccinate 4,000 or 5,000 people a day would just mean that we would only vaccinate once or twice a day in the city,” Nesbitt said. “It’s more equitable to put out our vaccine supply out across the city at multiple sites.”

Maryland opened its first pair of large-scale vaccination sites at Six Flags in Bowie, and at the Baltimore Convention Center on Friday. Officials said 12,000 appointments for the Bowie site filled up in 30 minutes. Six more mass-vaccination areas are planned across the state.

Yet in a meeting of Maryland state lawmakers overseeing vaccine distribution, Sen. Ron Young (D-Frederick) said he remained concerned mass vaccination sites will strip doses from the rest of the state.

“So, the jurisdictions are going to get less than they’ve been getting, because you’re directing some to the mega-sites?” Young asked acting state health secretary Dennis R. Schrader.

Schrader also revealed no mass vaccination site is planned for Montgomery County after local leaders recently asked for a facility to be considered in Gaithersburg. The Six Flags site will continue to serve Montgomery and Prince George’s residents, Schrader said.

Even though the state booked thousands of appointments for the mass sites, the Baltimore Sun reported only 250 doses were planned for Six Flags on the first day of operation. The Baltimore Convention Center offered fewer, at just 100 doses.

As a ranking of state vaccine distribution placed Maryland at 40th in the nation, Virginia vaulted to 9th, its first time establishing a position in the top ten.