The donation from DARCARS Automotive Group comes just one month after the group paid off the lunch debt of Prince George's County Public Schools. 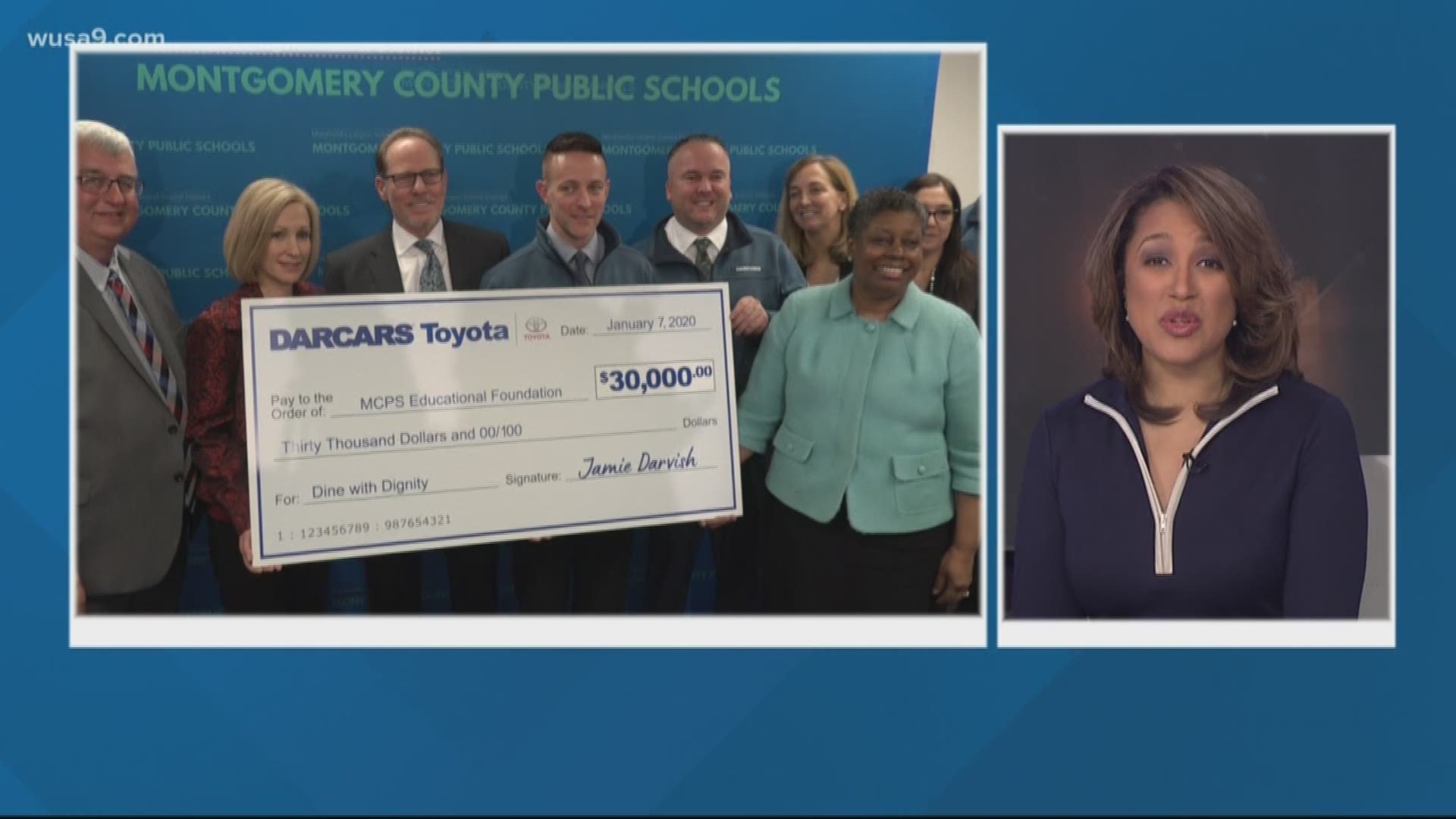 WASHINGTON — Growing unpaid school lunch debt impacts over 75% of school districts across the nation, according to data from the School Nutrition Association. Thanks to a large donation from a local dealership, the largest school district in Maryland just received some help in eliminating that debt.

DARCARS Automotive Group, based in Bethesda, decided to help alleviate some of that financial burden by donating $30,000 to the Montgomery County Public School District. The donations are meant to help offset the costs of hot meals, which are paid for by MCPS.

It's the dealership's second time paying off school lunch debt for a district around the DMV, following their $25,000 check to Prince George's County Public Schools in December.

Employees with DARCARS, such as Chief Operating Official Jamie Darvish, said the donations are meant to help not only local schools but also the well-being of families around the DMV.

Darvish presented the $30,000 check from the group to MCPS Educational Foundation to benefit the Dine with Dignity program, which looks to find improved ways of handling debt and ensuring students aren't embarrassed.

"School lunch debt is a serious problem in this country that impacts the well-being of students and their families," Darvish said. "As a member of the Prince Georges County community, we at DARCARS felt it was our obligation to step up and help families in need.”

RELATED: Virginia pastors give over $17,000 to pay student meal debts