In an unassuming neighborhood of Gaithersburg, 7,000 miles from the outbreak in Wuhan, 150 scientists are preparing rows of machines to work at a breakneck pace. 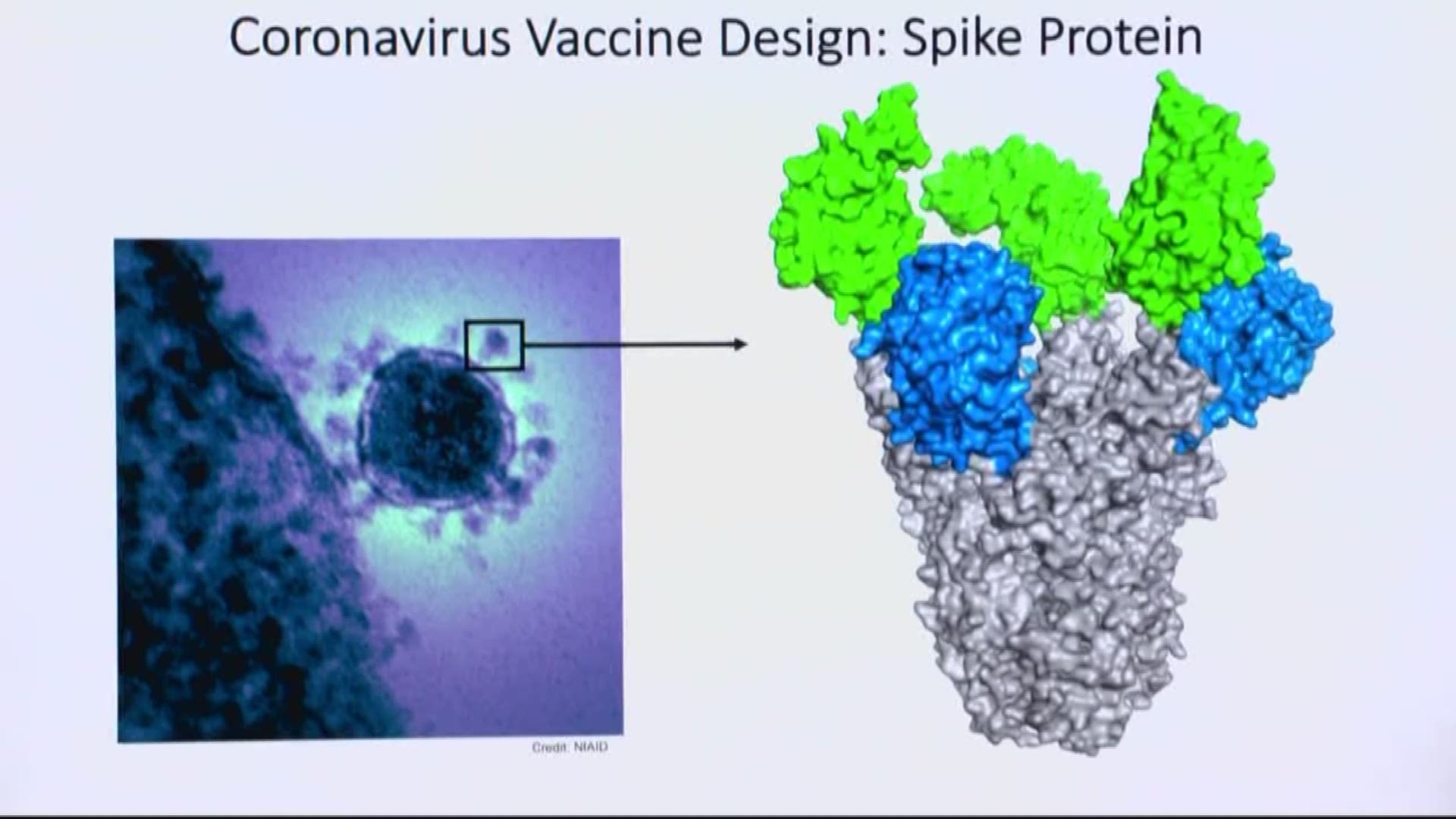 GAITHERSBURG, Md. — The coronavirus genes will arrive within days – a safe shipment of genetic material that researchers at Novavax labs will scrutinize, study and separate – in an effort to make the first vaccine for a virus at the center of a global health emergency.

In an unassuming neighborhood of Gaithersburg, 7,000 miles away from the coronavirus outbreak in Wuhan, 150 scientists are preparing rows of machines to work at a breakneck pace.

"We have a history of making a vaccine within three months," Dr. Nita Patel, Novavax’s director of antibody discovery and vaccine development, said. "Our gut feeling says that what we’re going to do will deliver exactly what we want from our past experiences."

Doctors with the company said the current crisis is a global scenario for which they have extensive practice. A vast bank of knowledge on respiratory viruses, in their view, now positions the lab as a precise match for the problem.

Novavax developed a successful vaccine for SARS after the 2002 outbreak, as well as a treatment for the virus’s Middle Eastern relative, MERS.

Both diseases are close cousins of the Wuhan coronavirus, an ailment that has now triggered the first U.S. health quarantine in half a century.

But the company faces considerable challenges in the scientific arena, as well as skepticism from outside investors.

Novavax currently has no vaccines approved for commercial sale. The SARS and MERS outbreaks ended before the firm could develop the treatments for market.

The lab failed a clinical trial last year, and is still developing an Ebola treatment, six years after the outbreak ravaged Western Africa.

Dr. Gregory M. Glenn, Novavax president of research and development, said the FDA has given the lab a fast-track for a new flu vaccine – a treatment now in its final stages of testing.

The development potentially signals a new chapter for the company, as its researchers set their sights on finishing the flu vaccine and blazing a path to combat Wuhan coronavirus.

"Biotech companies are up and down, so nothing we’ve done has failed," Glenn said. "We just simply didn’t hit the bull’s eye good enough to take a program into licensure."

Glenn served as a highly-decorated Army pediatrician and is a veteran of Walter Reed’s medical research facilities. In his line of work, the similarities between combat and medical readiness are not lost on him.

RELATED: VERIFY: Should you wear a surgical mask to guard against the Coronavirus?

If coronavirus illnesses decline into the spring and summer, Glenn said he’s positioning the company to help doctors prepare for a coronavirus that may be resilient enough to reemerge during the next flu season.

"We could miss the bullet here, but then it comes back in September or October, in a much more robust way," Glenn said. "We may have a second wave, like what happened with pandemics. There’s a new flu virus where there’s no population immunity, you have some level of infection that gets spread around, and then the next cold season, it’s much more widespread."

There remains the possibility that the FDA could authorize the emergency use of a newly developed coronavirus vaccine, if the early treatment shows promise.

Authorities granted what is known as "compassionate use" of 250,000 doses of a Merck Ebola vaccine, accelerating its approval for use during the height of the outbreak.

Once coronavirus genes arrive at Novavax for study, a vaccine could be ready for animal testing in about two weeks, Patel, the company’s director of vaccine development, said.

"The challenge is to study the human body’s immune response to our vaccines, and you need time to do that," Patel said.

As American authorities implement extensive temporary travel restrictions and seek to keep U.S. infections low, Novavax said it will provide updates on its progress, as the stakes and number of fatalities rise across the globe.

"It would be a great thrill, a dream, to have a vaccine that is deployed and is saving lives," Glenn said. "People are on a mission. We’re under attack, and this is the fight for a greater good."

RELATED: VERIFY: No, drinking bleach will not cure you of Coronavirus

RELATED: Confused about Coronavirus? Here's what you need to know