David says his life of trials helps him understand the difficult journeys others go through. He makes history as the first black man named to position. 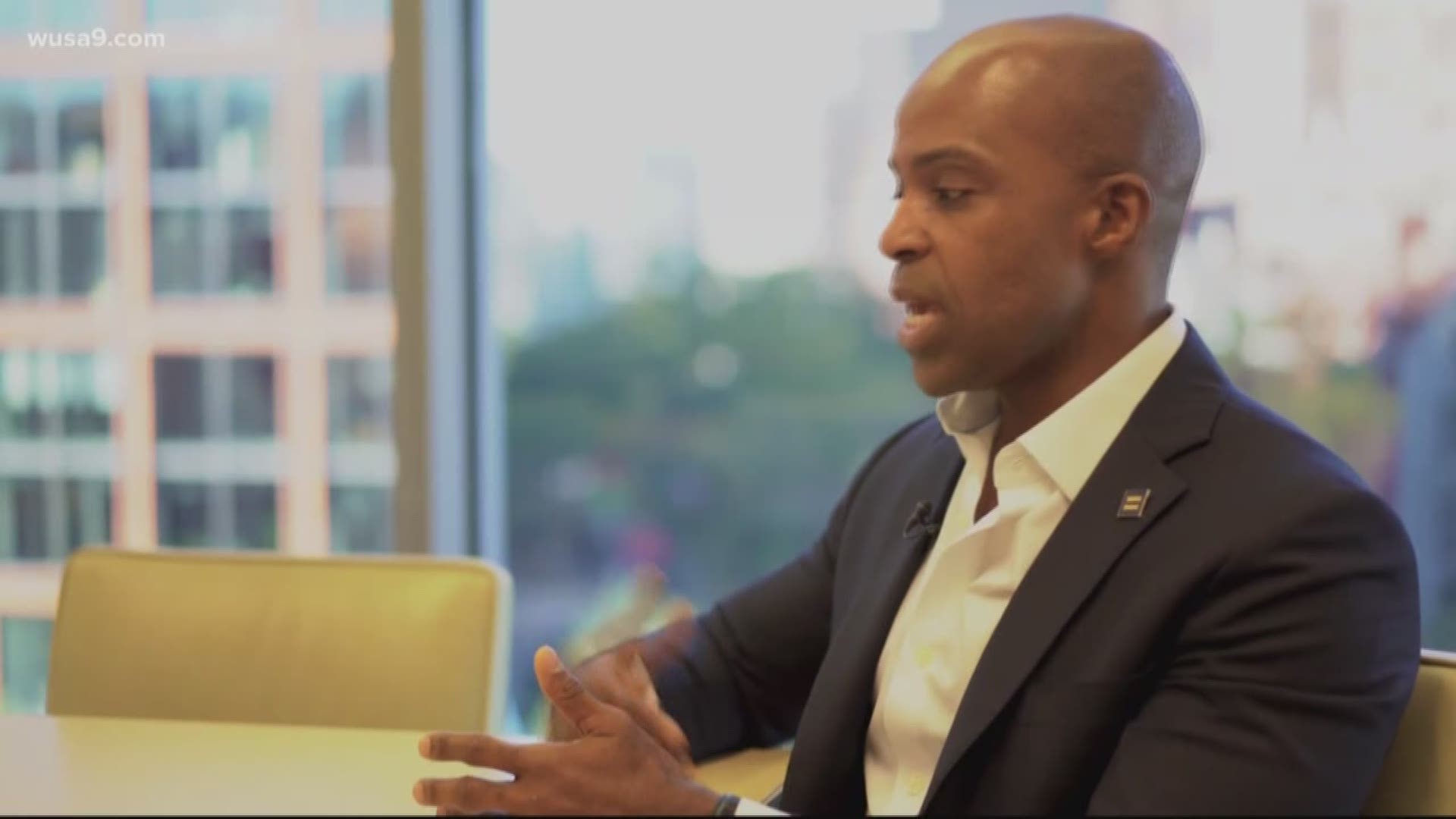 For a man responsible for leading one of the largest civil rights organizations in the country, he’s personable, relaxed and engaged – even as he's making history as the first African American to hold the job.

"I know the challenges ahead, and I think I have the track record to succeed," David said.

The Human Rights Campaign is the largest LGBTQ advocacy and lobbying organization in the U.S. Formed in 1980, the group has pushed for marriage equality, expanding hate crime definitions and awareness and funding for combating HIV/AIDS. In June, HRC announced David, a nationally recognized LGBTQ lawyer and advocate, would be its next president.

"[I] look forward to HRC not just creating opportunity for equality but also raising the bar on what to expect of those who do, and should, accept us,” one poster wrote.

"Can't wait to see where your tenure takes us," wrote another.

David acknowledges the responsibility his position carries. For David, fighting for members of the LGBTQ community is also a personal crusade.

"I knew, at some point, I was different,” David said in an interview with WUSA9's Larry Miller.

David knew he was gay when he tried dating women with no success.

Struggling to reconcile his personal feelings with the expectations of his family, he decided to be celibate for many years. But that proved to be difficult. Suffocating.

"I realized that was not the way to live,” he said.

David was born in the U.S., but grew up in Liberia with his family. His uncle was the country's president, and times were good. But things would change. The government was overthrown and his uncle was assassinated.

His family returned to the United States where it was safe.

David faced another problem in the States, though. His father was clear: He would disown any child of his who identified as gay.

"In a conversation, I told my father I was gay, and he followed through and disowned me,” he recounted, his voice.

His relationship with his father would eventually come around, but in the meantime, he learned to live life on his own terms.

"For me, getting to where I was as a young kid and then coming out in my early 20s was a significant, hard, complicated journey that many people in this country and around the world go through every day," he said.

The last few years have required the HRC to do its own soul searching. The organization has been criticized for its lack of diverse representation. In 2018, Mary Beth Maxwell, a senior staffer for the HRC foundation, resigned after an internal investigation found she used derogatory language toward African Americans on two separate occasions.

In a letter to staff, then-HRC President Chad Griffin called the incidents "deeply upsetting," adding, "the HRC must be a place where people feel empowered, respected, included, and capable of bringing forward new ideas and concerns."

Maxwell, in a statement, said she "made a mistake," noting "while in each instance, I was conveying something that really happened. In the first, I was emotional and scared that it had been said, and in the second, feeling urgency about addressing a deeply racist and homophobic encounter that a colleague recounted. I realize I should never have said the word out loud. Period."

David feels the organization is moving forward and addressing the critiques of the organization. But his primary focus is election day in November and supporting the eventual Democratic nominee.

"For me, and looking at all of the candidates, they bring more to the table than Donald Trump will ever bring. So, I focused on making sure we support the Democratic candidate," David said.

But there is real concern, among members of the HRC, that Trump could be re-elected.

The economy continues to grow and the president's approval rating is on the rise with 46 percent of Americans approving of the job he's doing in office, according to recent polling. 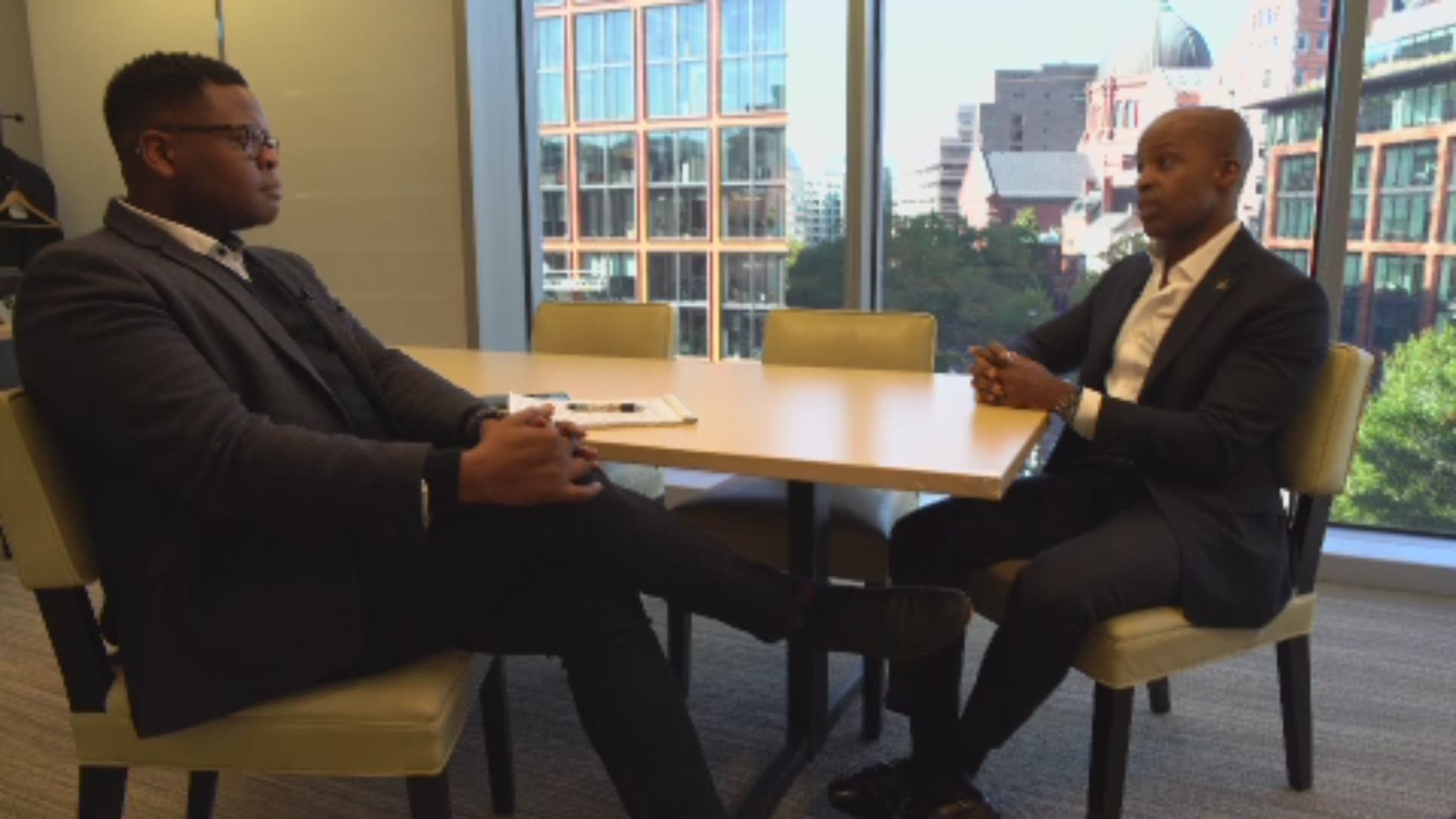