Maryam Raya will play at the famous music hall on Dec. 16, but her roots started right outside the District. 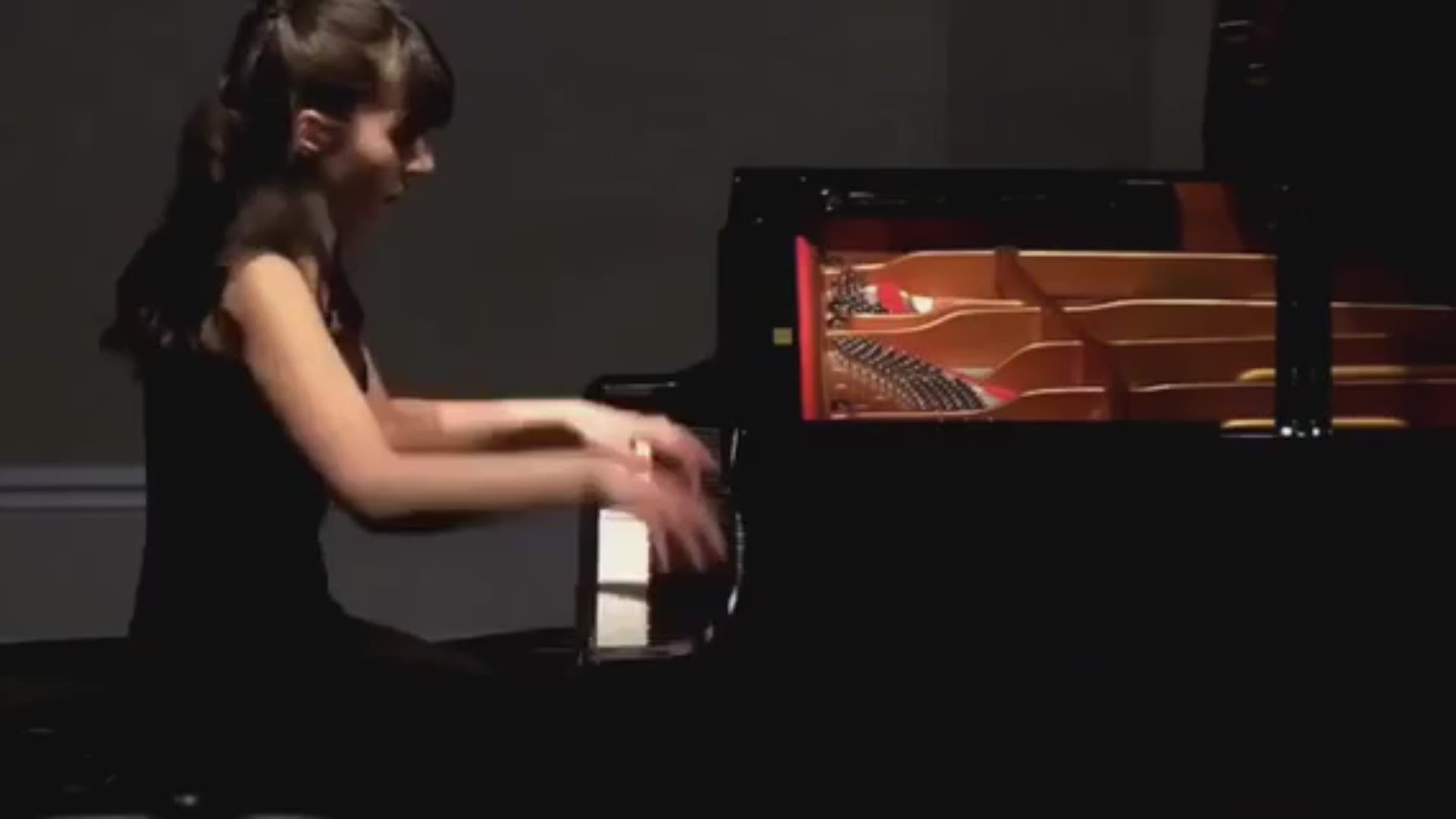 BETHESDA, Md. — To perform at Carnegie Hall is a life dream for many musicians, a career goal associated with prestige and grandeur.

For Maryland resident Maryam Raya, that dream is about to become a reality. The accoladed pianist is set to make her career debut at Carnegie Hall on Dec.16, performing a concerto in celebration of Beethoven's 250th birthday.

The concert will feature a variety of Beethoven's work, produced by the Foundation for the Revival of Classical Culture, whose mission is to spread awareness and foster appreciation for classical music.

Raya grew up in Bethesda, a daughter of two D.C. doctors and a first-generation American. While music shaped her from an early age, the now 27-year-old said she was the first in her family to venture into the industry, something she attributes to her mother and father.

"They actually didn’t have a chance to make music when they were younger, and they really wanted me to have that," Raya said. "They never thought it would become my profession, or just take over my life in a way, but they are obviously very happy for me and will be cheering me on during my Carnegie performance."

Credit: Maryam Raya
Even from a young age, Maryam was practicing piano.

Her love for piano quickly transcended into something more than just a hobby. By the age of 13, Raya was spending hours at the University of Maryland, where she honed her craft with the direction and guidance of professors in the music department. It was a schedule so time-consuming -- but "unbelievably rewarding"  -- that Walt Whitman High School, where she was attending, had to give her an accommodated schedule to make room for her talent.

Raya said she owes a lot to those early instructors and a lot to her hometown, which she credits for her vast cultural awareness and exposure to other art forms.

"Growing up in Bethesda was so enriching for me, to be around so many facets of D.C.," she said ."Everything from the embassies to the museums --  I had so many early performing opportunities and experiences in my hometown through such an international community, which shaped how I view music."

It was at the Embassy of Poland where Raya said she began to realize just how impactful music could be, just how much she could connect with other people from around the world.

Just 13 years old, she performed on an antique vintage piano inside the embassy, honoring Frédéric Chopin, the renowned Polish composer. Being able to connect with unique cultures and learn more about their rich history, inside and out of music, became a huge drive for Raya.

Since then, Maryam's career has taken her everywhere from couture fashion weeks in New York and Cannes, to international stages in places like Latvia, France, China and Dubai.

As for younger musicians and artists trying to follow similar paths, Raya said they should always try to remember that they have something unique to share.

Maryam's debut for the Beethoven 250 event will kick off at 8 p.m. at Carnegie Hall, alongside the Ureuk Symphony Orchestra and several other artists.

Beyond the December concert, Raya is also excited to be performing her 2020 circuit and said she is most grateful to her family and supporters for helping see her dreams come true.

"It's beyond an honor, I am really just so excited to be performing there," Raya said. "There are so many people I want to thank for helping push me to where I am today, and I am so grateful."

So what advice would she tell her younger self, the one just starting to learn in Bethesda all those years ago?

"I would say to remember that this is all about sharing... when you first are working with a piece, it’s very much you’re own thoughts, but by the end it’s always about giving back to other people this tangible raw experience," she said. "That’s what inspires me to keep playing piano...when I connect with an audience in that way, it transcends any kind of spoken word or anything else.”

Credit: Maryam Raya
As a teenager, Raya spent hours at the University of Maryland, focusing on honing her craft.