A Manassas woman is now charged with murder and preventing a 911 call after police say she ran over a father of four walking on the side of the road. 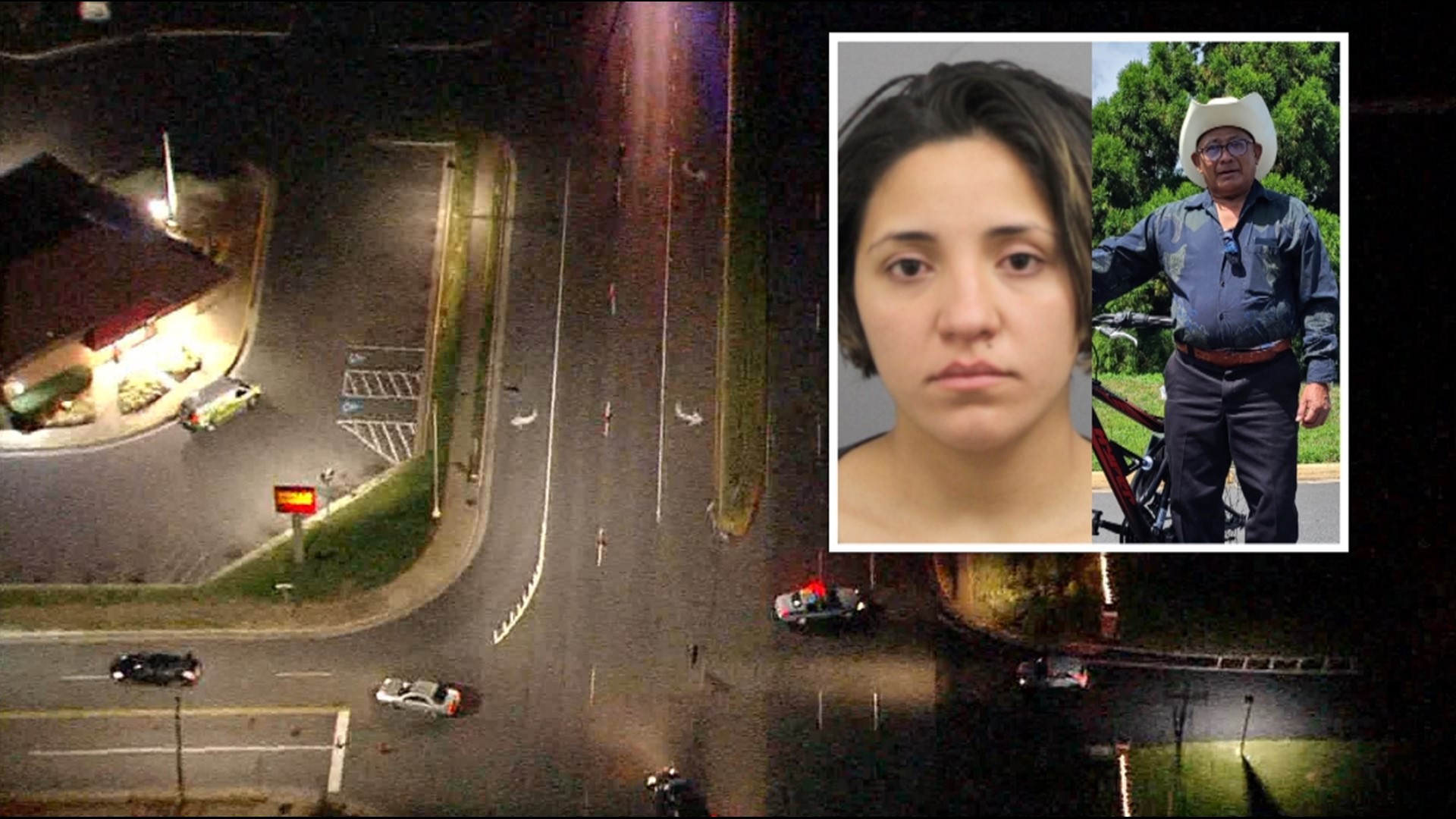 MANASSAS, Va. — A 23-year-old woman has been charged with murder for allegedly hitting a 74-year-old man with her car in Manassas, Virginia. The father of four, who was walking home from picking up dinner for his family, died from his injuries.

But it's what Keiry Alvarez Contreras allegedly did after running over Jose Manzares that has really shaken the community.

The crash happened Nov. 15 on Centreville Road near Connor Drive. According to Prince William County Police, Manzanares was walking along the side of the road when Contreras hit him in her car. They say she pulled over in the median, walked over to him and took the cell phone Manzares was using to try and call for help out of his hands and tossed it away. Police say she then drove off, leaving him in the road where he later died. Contreras was captured by police a few blocks away on Burlington Court.

According to this wife, Manzanares was a house painter, a carpet layer, a father of two children who lived with the couple in a small townhouse in Manassas Park -- and two children in El Salvador.

"He was a great husband, a great father, a great person," she said.

Ana Irma Castellon de Manzanares said she's struggling to figure out how she'll pay for a funeral, pay rent and feed her children.

WUSA9 went to the Manassas house where Contreras was living. The other residents she had just rented a room there and that they don't know her well.

Contreras has been charged with murder, damaging a phone to prevent a 911 call, failure to report a fatal accident and driving without a license. She's held in jail and is slated to make her next court appearance the Tuesday before Thanksgiving.

The widow of the Manassas man allegedly hit and killed by a woman who tossed his phone so he couldn’t call for help has set up a GoFundMe to cover his funeral expenses. She’s really struggling. @wusa9 https://t.co/gjaGUk2ZJE #GoFundMe