A new 400-page report from the Virginia Marijuana Legalization Work Group offers detailed options to sell pot in the commonwealth. 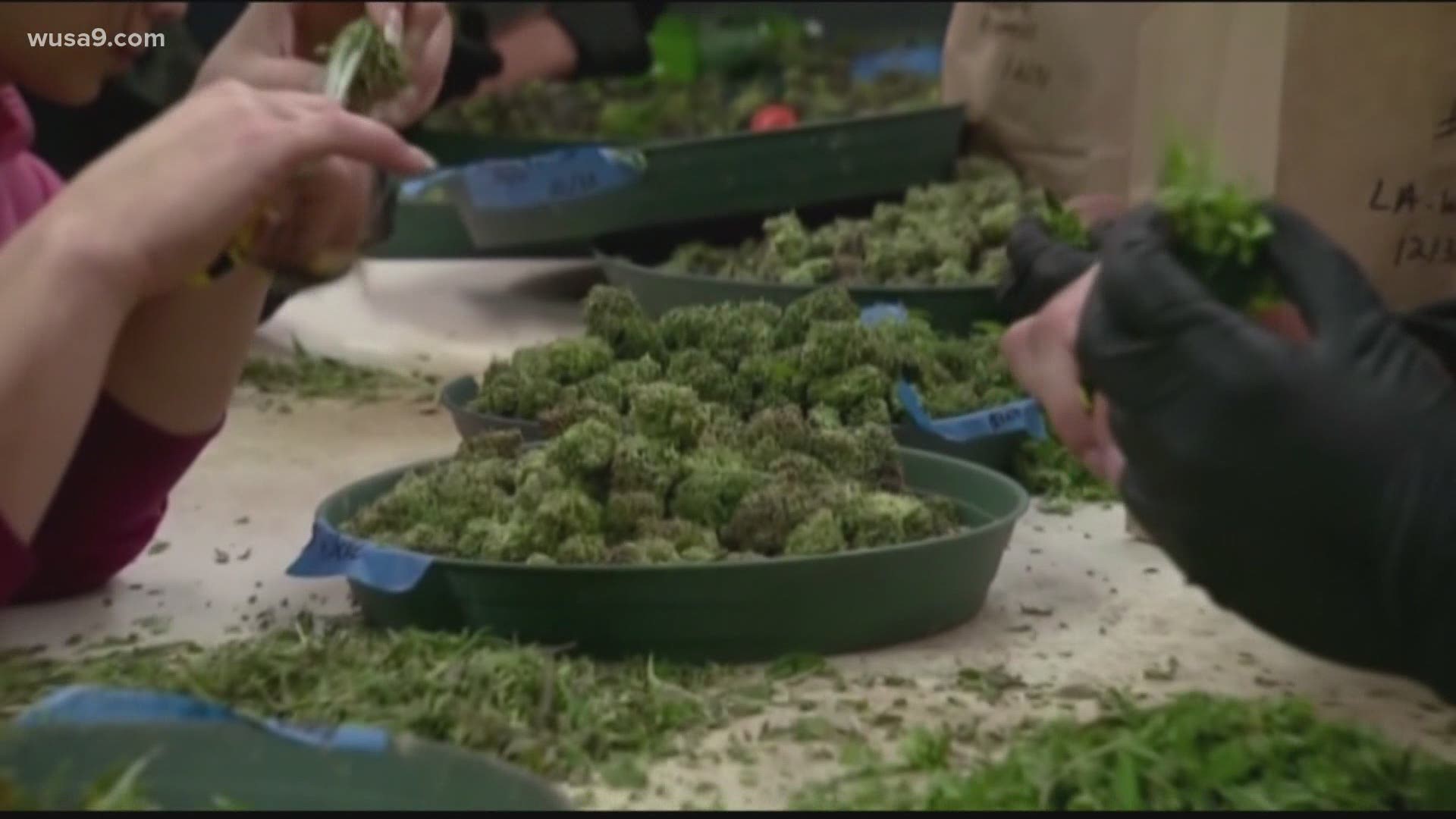 A new report from a Northam administration work group outlines options for licensing and taxing the marijuana industry. It estimates this could bring in millions in taxes. Five years after legalization, the cannabis industry could contribute $274 million a year in state taxes, the report estimates, and goose Virginia's economy by as much as $1.2 billion dollars.

The report envisions a tiered tax on marijuana at the retail level: the higher the level of the active ingredient, THC, the higher the tax. The work group recommended the tax be high enough to cover the costs of regulating and ensure the product is free of adulterants, but not so high that it drives dealers to keep selling the drug illegally.

"They don't pay taxes or check IDs, and they certainly don't label their product," Jenn Michelle Pedini, executive director of NORML Virginia, a group that's been advocating for marijuana legalization for decades, said.

The Northam administration said the legislature should consider setting aside a certain number of sales and production licenses for social equity, to ensure the new industry does not reinforce racial disparities. 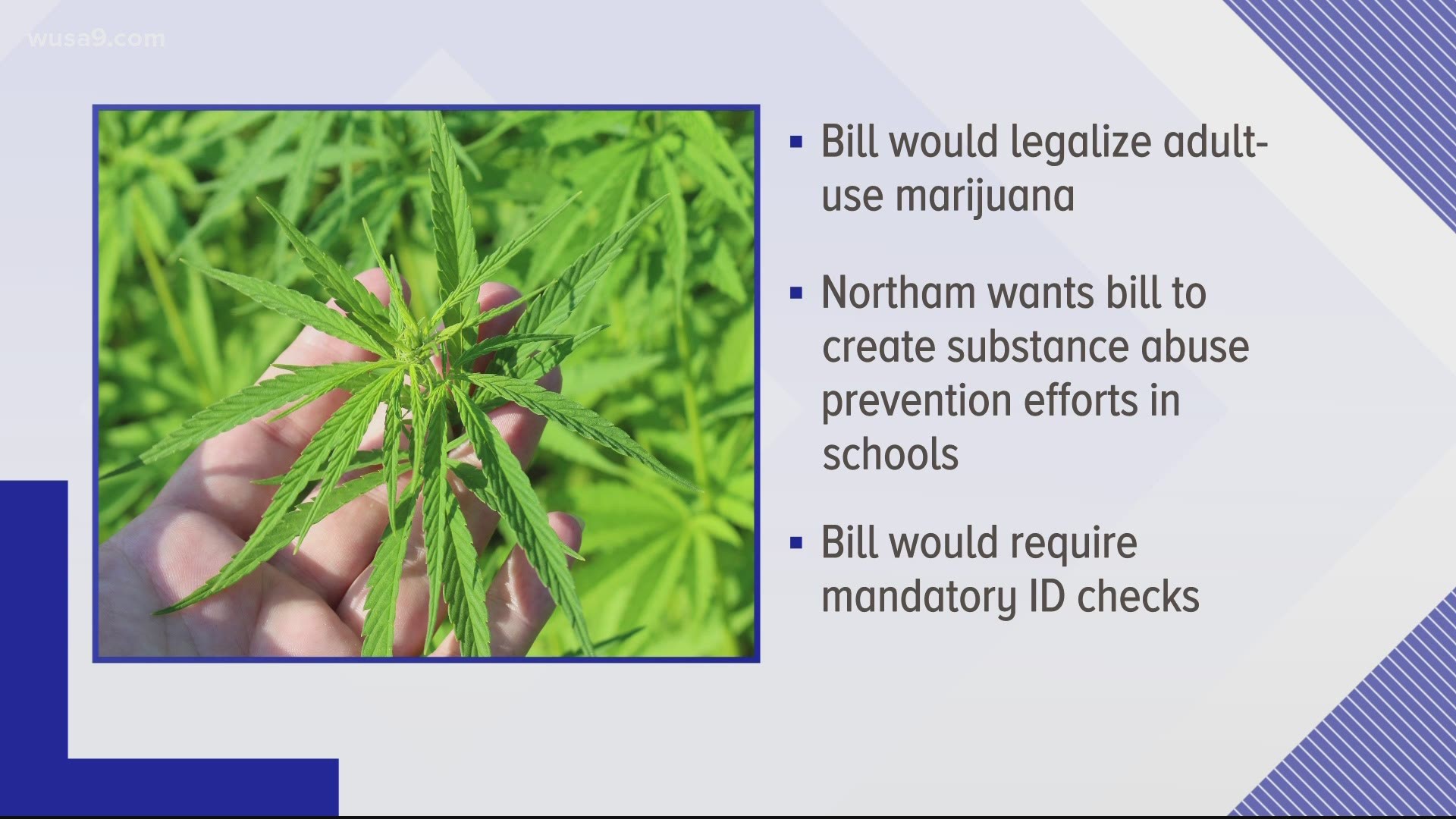 But, there are still no clear answers on how to deal with people who drive while stoned. Helen Witty's daughter was killed by a stoned and drunk driver.

"It just happens like that, and there's no do-over," Witty, the national president of Mothers Against Drunk Driving, said.

Fifteen other states have already legalized marijuana, but because it's still a federal crime, growers and sellers have no place to bank their income. Northam's report said Virginia should consider giving the industry access to state-chartered banks and credit unions.

“We will advance new laws to make sure that our Commonwealth legalizes marijuana the right way,” a press release from Northam said. “Virginia has studied the experience of other states and this report lays out a path forward that leads with social equity, public health, and public safety.”

The governor said legislation should address five key points. Here's an outline from a press release: