He was supposed to be at football practice that night but never made it. A gunman shot and killed 11-year-old Karon Brown before he got there

Friday, his football teammates mourned losing him too soon. 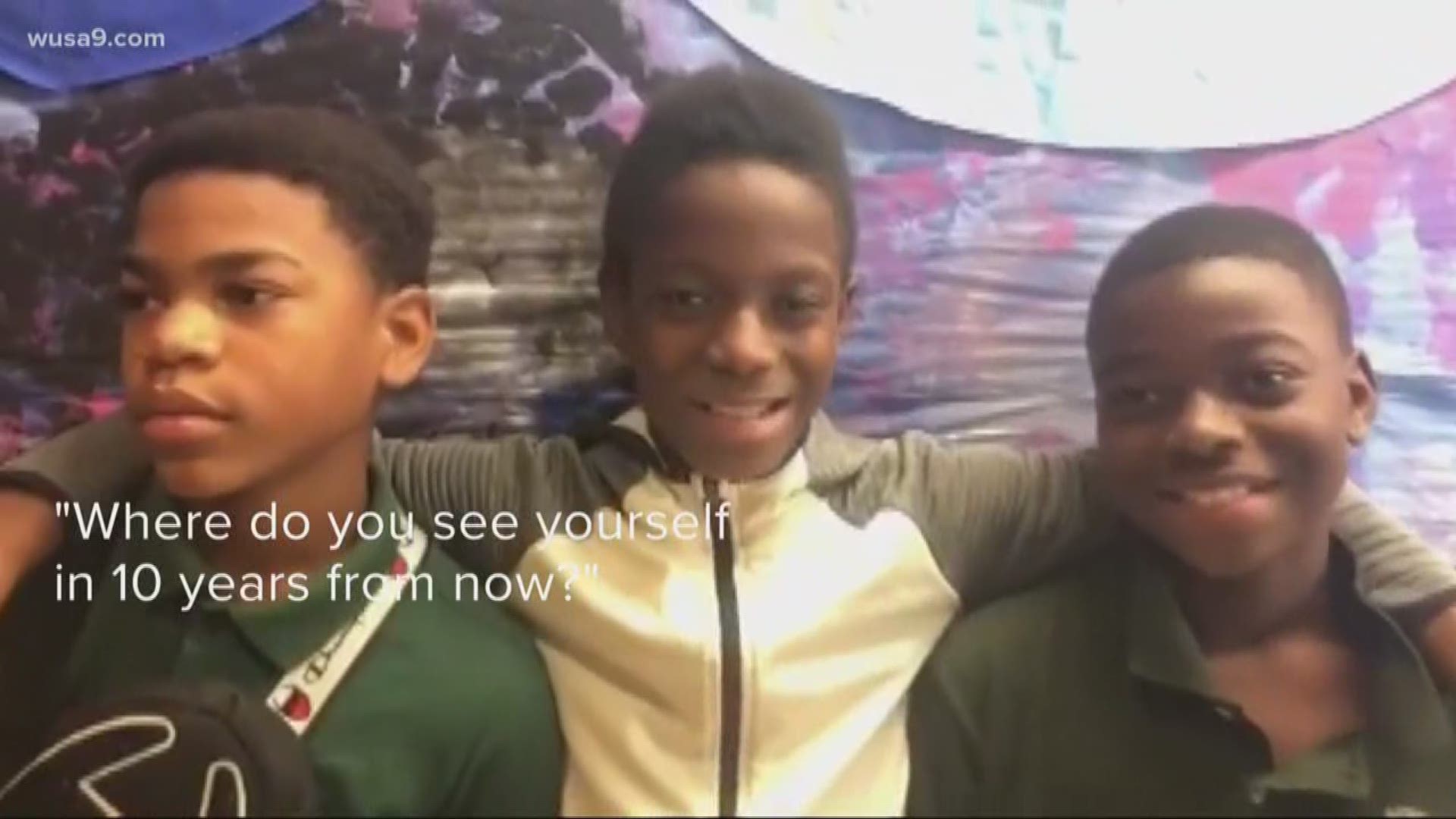 WASHINGTON — Eleven-year-old Karon Brown, like many other kids, dreamed of growing up and one day playing in the NFL.

Tragically, he will never get to chase those dreams. Karon was shot and killed Thursday, after a gunman followed him in the car he was in after a fight then opened fire.

Friday, his football teammates mourned losing him too soon.

"As soon as I saw it, I sent it to the group chat, and I started crying," Brown's friend, Jahani Hester, said.

Credit: Family
Karon Brown on his football team before his death.

RELATED: 11-year-old was targeted in fatal shooting in SE despite help from a good Samaritan

"I was like, 'Dear God, be fake,'" his friend Darjuin McRoy said.

Both Hester and McRoy are also 11-years-old.

Some of them met playing football for the Woodland Tigers.

"We was like all family," Hester said. "We all had each other's back."

Brown was supposed to be playing football the night he was killed.

"Trying to get all of our kids to practice, everyday," Brown's coach, Julian Lewis said. "The more we have them here, the less they’re in the streets doing other things. The less time it gives them for things like this to happen."

Coach Lewis had pretty much just gotten to practice Thursday and started a drill when he heard gunshots.

Not long after, he discovered his 11-year-old player had been killed.

Now, they're left with memories and promises to love him always, which they wrote on a poster they attached to his favorite gas pump.

His friends said he used to hang around the BP station on Alabama Avenue SE asking people if they would give him spare change to pump their gas.

Brown's coach said he had a mind for business.

His friends promised to honor his spirit.

"He's kind. He's sweet, and he'll play around with you," DeAngelo Davis said.