Wyatt Norwood and his mother Jennifer were shot and killed Friday, according to authorities. Wyatt's grandmother said her family is beyond devastated. 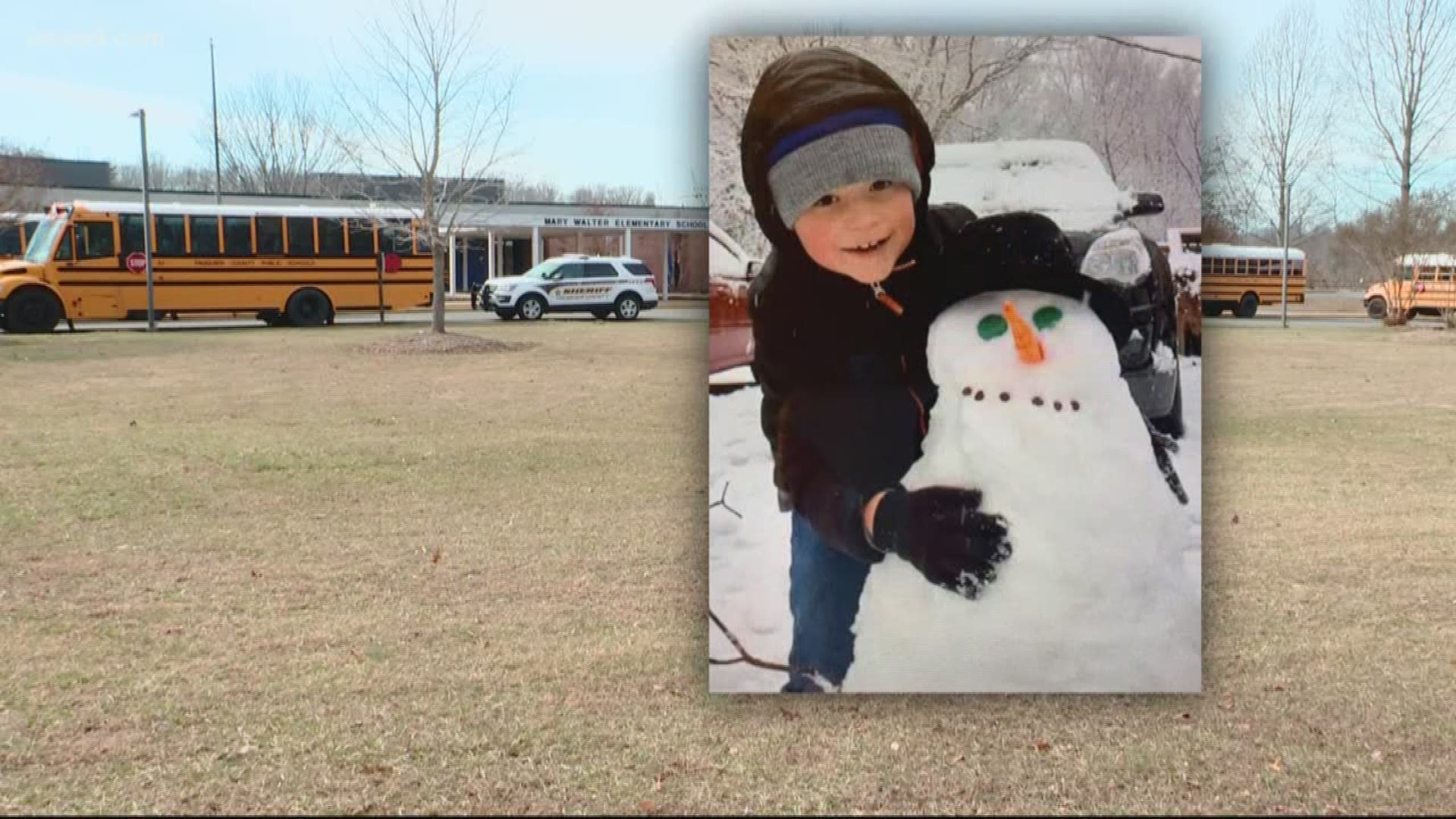 FAUQUIER COUNTY, Va. — At Mary Walter Elementary School, a familiar face was missing Tuesday, as students went back to school for the first time since the murder of one of their classmates.

The principal at Mary Walter said both Wyatt and Jennifer were very involved at the school.

"It's somewhat surreal because you still expect to see the boy come walking up the sidewalk with his mother," Mary Walter Elementary School Principal Alex O’Dell said. "The students realize something is missing, and several of them have made cards for him and expressing sorrow. But some of them are almost writing it as if he will receive them. Their perception’s a little different than ours is, but it's been heart-wrenching.”

Credit: Ginny Norwood
Wyatt Norwood was called an angel by his school principal.

Wyatt’s grandmother, Ginny Norwood, said that Wyatt was an incredible, sweet, loving little boy. She said he loved everything to do with Mr. Potato Head.

Ginny said the family is beyond devastated, and this has been a horrible thing for her son Josh to deal with, as well as the rest of the family. She said Josh loved his son and wife so much.

"I told someone earlier today he was an angel and I mean that, because this is a very, very sweet boy," O’ Dell said.

Credit: Ginny Norwood
6-year-old Wyatt Norwood was known as being a sweet, and caring boy.

Ginny described Jennifer as wonderful, caring and giving. She said Jennifer put her kids first and was a wonderful mother.

O’Dell said Wyatt’s mother would walk him into school almost every day and was very involved with his schooling.

"His mother was a very gentle lady, and always had a smile on her face," O’Dell said. "I never saw that she wasn't smiling. She actually came in twice that day [Friday] with him. She was here for breakfast and then later on for lunch with him."

O’Dell said the people in the cafeteria with Wyatt and Jennifer on Friday said their goodbye was "very touching."

Credit: Ginny Norwood
Jennifer Norwood was described by family as a wonderful, caring person and mother.

O’Dell said school has been surreal to the kids.

"It will take them a few days to really begin to clue in that he's not going to be there," O’Dell said.

On Monday, school administrators held a grief counseling session for families, students and community members. Therapy dogs and mental health professionals were made available for students at Mary Walter as well.