The Council will meet to discuss its opposition to the project Jan. 15, the first meeting since the federal government paused the bullet train’s review process. 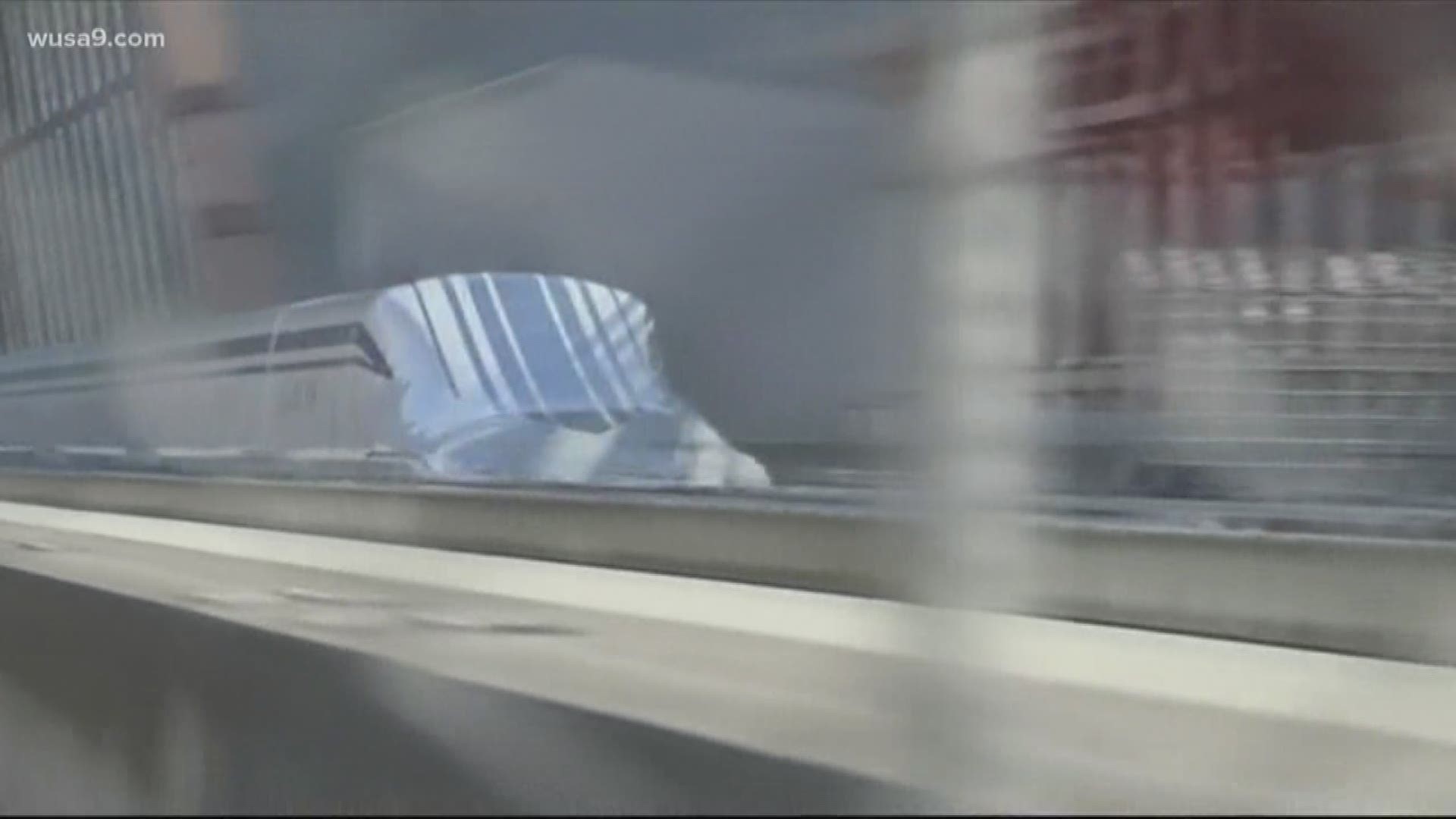 GREENBELT, Md. — Could one city derail plans for a floating bullet train in the DMV?

The question is both rhetorical and critical to the city’s future, as the ambitious high-speed train proposal between D.C. and Baltimore meets the most serious challenges of its development.

Greenbelt city council members are set to discuss their intense opposition to the project Jan. 15, marking the first meeting since the federal government paused the 375-mph train’s review process in mid December.

The SCMaglev design, short for superconducting magnetic levitation, proposes a train lifted four inches above the ground and propelled forward by high-powered magnets.

Travel on the proposed route between Washington’s Mount Vernon Square and either Camden Yards or Cherry Hill in Baltimore would take 15 minutes, developers say.

The mode of transportation currently only exists outside of Tokyo, with the Japanese government set to finance roughly half of the $10 billion U.S. construction cost.

The SCMaglev connecting the two cities would consist of 75% tunnel, at a depth between seven to 24 stories below the surface.

Greenbelt is above the proposed train tunnel. City officials made their opposition to the project known in the early stages of development, but dramatically increased efforts to stop the plan by seeking legal counsel to fight the SCMaglev.

The Federal Railroad Administration (FRA) remains the final arbiter of whether the high-speed train is built or tabled. Officials familiar with the matter said it is unlikely one city on its own could stop construction, but if joined by enough municipalities, the FRA would be less likely to greenlight the plan.

Current estimates show the SCMaglev’s permitting process is expected to conclude in August 2020, at which point a decision on the project’s fate is expected.

"I feel confident we’ll get approval," Wayne Rogers, CEO of the Northeast Maglev, said. "We need it because we’re drowning in congestion. Seventy percent of all MARC train, by 2025, will be over capacity. By 2030, Amtrak stations are going to be over capacity."

The vision has the blessing of Maryland Gov. Larry Hogan, as well as the Prince George’s Chamber of Commerce.

But local opposition stems from the train offering no stops within the county, and the possibility of construction lowering nearby property values.

"The Goddard Geophysical and Astronomical Observatory, located off of Springfield Road, is a remote facility that support a number of NASA activities that require minimal disturbances from vibration, artificial lighting, and electromagnetic interference," NASA officials wrote in comments to state and federal transportation officials. "The stability of the site and the quality of the observations are essential to support a wide variety of NASA missions."

The review process is paused, in part, to answer engineering questions, provide more detailed technical specifications and improve design elements related to the route and stations.