Morgan Wootten died on Wednesday at the age of 88. 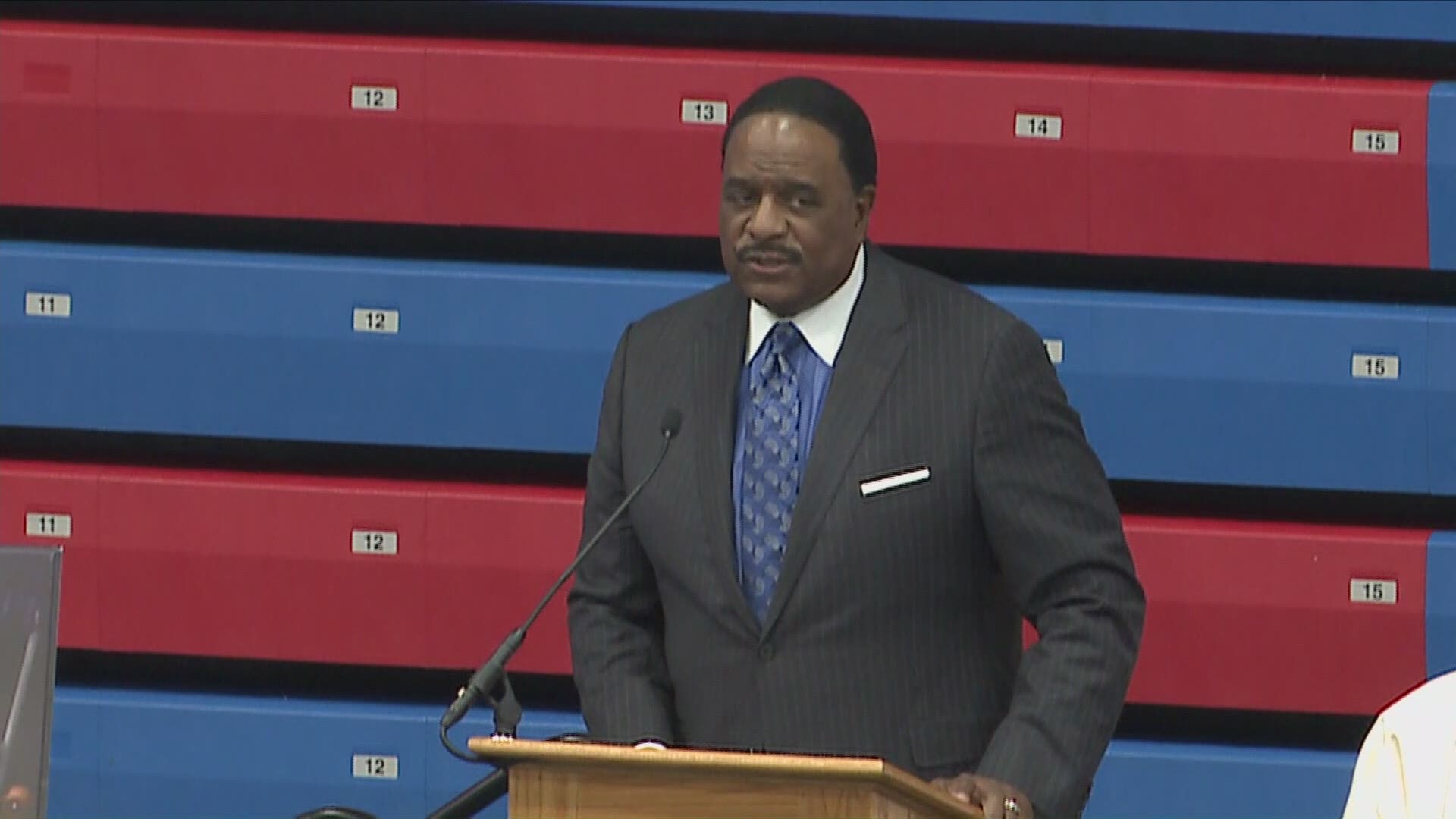 Hundreds of people gathered, including more than 50 former players and coaches, to say their goodbyes to the legendary coach.

Wootten passed away on Wednesday at 88 after he was placed with home hospice care days before.

During the memorial service, Wootten's 15 grandchildren were involved throughout the service in some way, a wish that he wanted to be fulfilled.

Wootten coached at DeMatha for nearly five decades before retiring in 2002. He helped the Hyattsville, Maryland, school win five national championships and 22 D.C. titles. He was the first coach at the high school, college or professional basketball levels to reach 1,200 wins.

He was also inducted into the Naismith Memorial Basketball Hall of Fame.

Wootten was also a teacher to many coaches, using videos to spread his coaching philosophy. He's had multiple former players and coaches go on to coach in the college ranks, including Notre Dame's head basketball coach Mike Brey and former WUSA9 anchor James Brown.

Brown spoke to WUSA9 after hearing the news of Wootten's passing. Brown also delivered the eulogy at Wootten's funeral.

"All the lessons that he taught each of his players, prepared us for the game of life," Brown said. "He said he wanted to be remembered as a good teacher and a good father. His family can certainly attest to that."

At the end of the funeral, former players and coaches lined up as Wootten was being taken out of the gym to head to his final resting place.

Wootten's legacy will always be remembered and will continue to live on.