At this Fairfax County middle school, there's a reunion every day

The principal, a teacher, a security specialist, and an office aide are all graduates of Stone Middle School. Two of their teachers are still there. 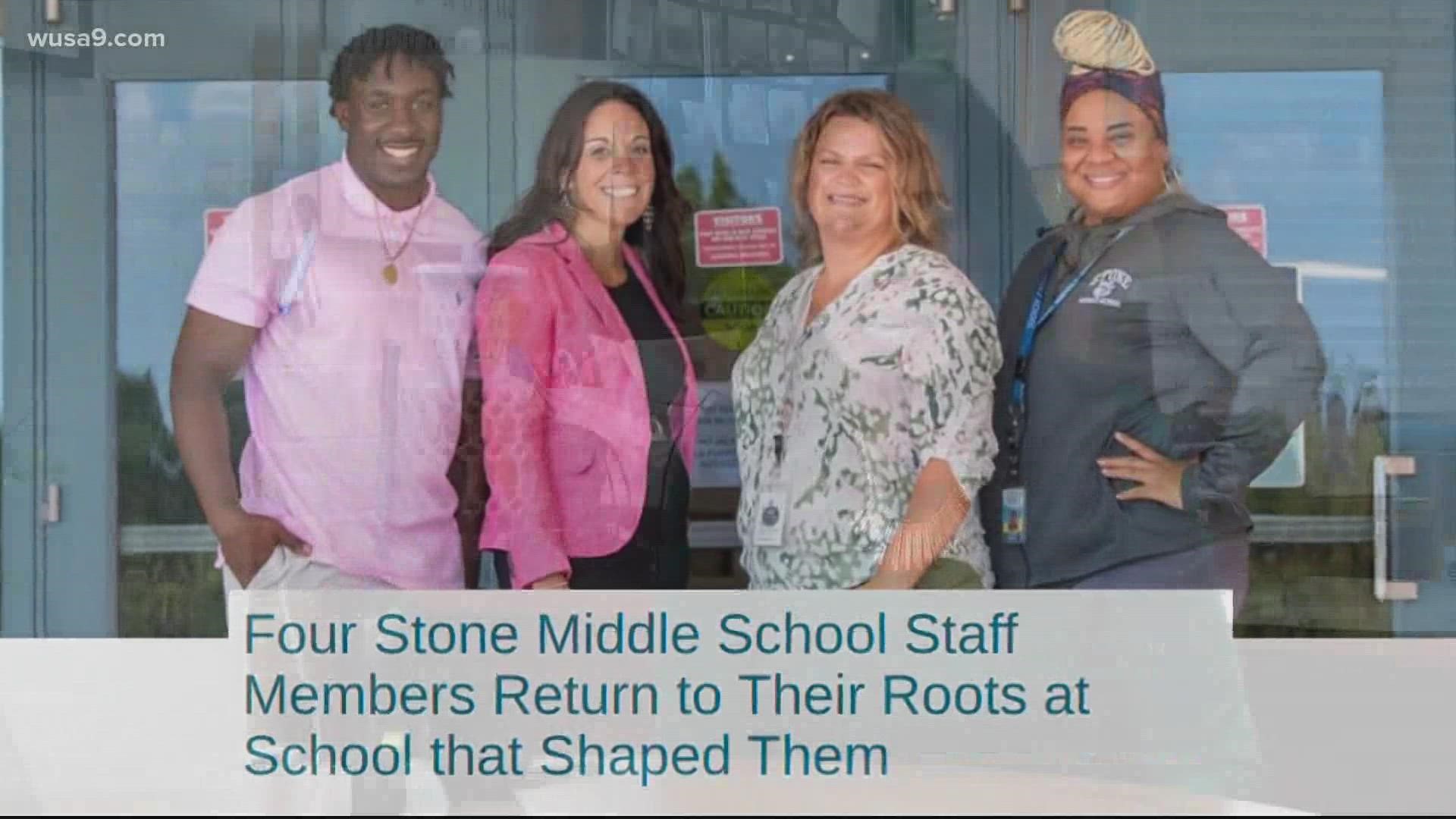 CENTERVILLE, Va. — Do you still hang out with some of your high school friends? What about ones from Middle School? At one Fairfax County Middle School, there's a reunion every single day.

Take a walk down the halls at Stone Middle School in Centreville, and you'll see how much fun these four friends are having.

"It took a couple of months for us to realize we had all walked these halls at various points, (in the past)" said principal Meredith Norris.

All four alumni were in Eric Klopfenstein's tech ed class. Klopfenstein's been at Stone since it opened, and he said they were all great students. "Lamar was awesome!" he said as Hardy stood by laughing.

The students seem to love it. "I think it's really cool," said one. "We realize how young we are and how old they are," said another. "It's shocking!" said a third.

The four say their shared history helps them connect with the kids. "As soon as I say, 'I went here, the kids' eyes, they're like, 'What?' In my mind, I think they think we're not lame, we're kind of cooler cause we went here. They have questions they then start asking," said Majors, who went to Stone in 2005 and 2006.

"As soon as I say, 'I went here, they're like, 'Really? Oh cool.' Especially my daughter. She brags to her friends. 'Oh, my mom went here!'" said Wood, who now has a daughter at Stone.

"I was probably mischievous, I'm not going to lie," joked Hardy. He's the youngest, and he loves the bond he shares with his colleagues. "They used to be my teachers. So I used to look at them as authority figures, those in charge. Now I'm working with them," he said.

Middle school can be a tough transition time for some students. Knowing the four Stone alumni are doing so well seems to make it a little easier.