Baltimore native Donae Burston is the man behind the first Black-owned rosé label out of St. Tropez, France. Now, his wine is for sale in D.C., too. 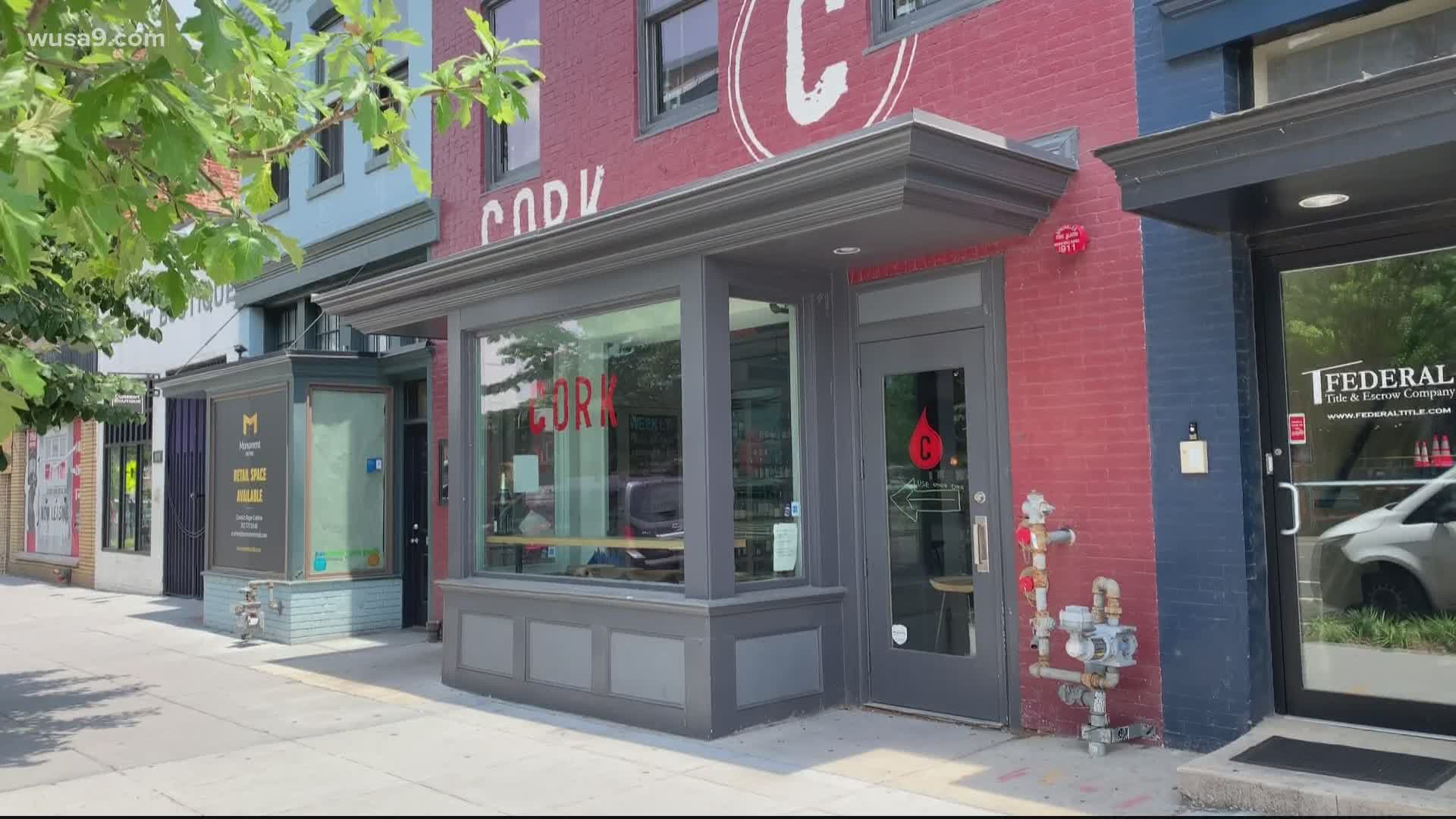 WASHINGTON — Donae Burston spent three years convincing the French that he knew what he was talking about when it came to champagne. If he could do that, he said, he was equipped to win over any American. And that's exactly what Burston has spent the last year doing, as he introduces the first Black-owned rosé label out of Saint-Tropez, France to the United States.

In Burston's own words, La Fête du Rosé is the party that everyone's invited to, regardless of race, gender or background. After being introduced to rosé on his 30th birthday in Saint-Tropez, France, Burston was hooked on pink wine.

"Every time I had a glass, it was instant nostalgia that took me back to that trip, and those feelings I had in the South of France," Burston said. "I wanted to capture that."

But for Burston, part of the appeal of rosé was its universal nature. Yet back in the U.S., Burston said the drink was often only marketed to the "Hamptons crowd."

Though Americans love to proclaim their willingness to "rosé all day," that phrase often conjures up imagery of a gaggle of white, blonde women carrying matching Louis Vuitton totes sipping the pink nectar during their lavish getaways. And Burston attributes much of that to the marketing behind other rosé brands.

So he set out to create a wine geared towards a multicultural audience.

"First and foremost, our social media is inclusive, to make sure that anyone who sees a visual of our brand can see themselves in it," Burston said. "That's men, black women, Asian-Americans, everyone. I had so many male friends who wouldn't drink rosé because it 'wasn't for them.' I wanted to change that."

Beyond changing the way he marketed his wine, Burston changed the wine itself.

"Ours isn't quite so acidic -- it's not just pink water," Burston said. "It's not all grenache and we also lowered the alcohol content a bit."

La Fête du Rosé is produced at Saint-Tropez's oldest vineyard on the peninsula and is made with more skin contact than is typical in most rosés. Burston compared it more to red wine.

In a blind taste test, wine critic Roger Voss described it as "spicy and fresh at the same time," and rated it a 90-point wine, which classifies it as a wine of " superior character and style" on the 100-point scale.

Burston said he's faced his fair share of microaggressions, being a Black man in the wine world, such as people assuming his rosé must be sweet, since "black people only like sweet drinks."

"I just don't let those microaggressions take me from 0 to 60," Burston said.

He said he prefers to let his knowledge and experience within the industry speak for itself when people are forming their opinions of him. Before becoming the CEO of La Fete, Burston spent almost nine years with Moët Hennessy, working on accounts such as Belvedere, Veuve Cliquot and Dom Pérignon, before he left to take a position with Jay-Z's Champagne Armand de Brignac.

Though Burston said his foray into the spirits world was mostly accidental. He graduated with degrees in mathematics and engineering and landed a job in IT out of school. He stepped in to help a friend out running promotions for Grand Marnier at a club, when an employee called out sick one night.

"He told me I'd get in the club for free, meet pretty girls and drink for free," Burston said. "I was hooked."

He worked his way up through the ranks of the spirit industry, and met the owner of Château Bertaud-Belieu, the vineyard where his wine is produced, on a business trip and shared his idea of creating a more inclusive rosé label.

As a Baltimore native, Burston said it is "everything" to have his wine available in the D.C. market.

"Every time we were going out for a good time, we were making that drive to D.C.," Burston joked.

But beyond that, Burston hopes that his story is proof for kids in D.C. and Baltimore, who don't see beyond the DMV, that there's a much bigger world than the one they are seeing.

"For me, travel was such an integral and defining experience, and it's the reason I'm using my wine label to give back to underserved youth."

Since he first started his company, portions of the proceeds were donated to programs that send minority, low-income kids overseas, to give them a platform for learning leadership skills in a globalized world.

Given the COVID-19 state of the world, and even more recently the emphasis on supporting Black-owned businesses, Burston felt called to funnel his dollars into a new cause.

"It's on Black business owners to continue to use this momentum, to hold brands accountable for not just checking a box and moving on," Burston said. "We have to make sure this isn't just a moment, but a whole movement."

In order to put his money where his mouth is, Burston decided that through August, he'd donate $2 of every bottle sold to Color of Change, a California nonprofit advocating for civil rights in the U.S.