Officers found a trail of blood inside the Shrine, a security guard with stab wounds and his co-worker who was left for dead. 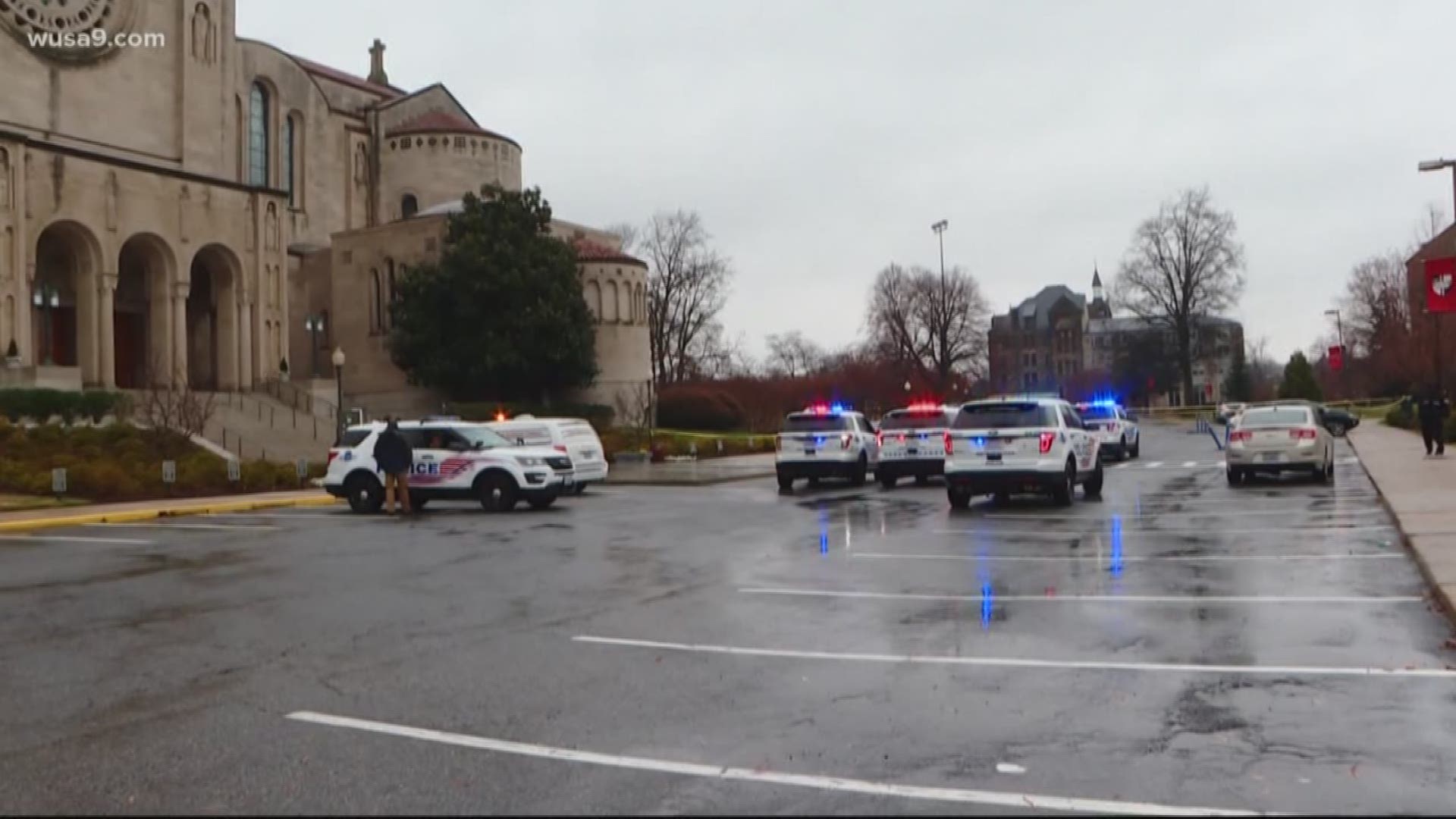 WASHINGTON — Metropolitan Police officers found a security guard Tuesday morning near the Basilica of the National Shrine of the Immaculate Conception, seemingly lifeless on the ground, bleeding from her head.

Detectives said Dorsey Lee Mack ran the woman over – twice – only minutes earlier, and was still on the run. A trail of blood remained on the floor of the Basilica, a broken knife handle on the ground.

A second security guard in the church office held bandages to his bleeding eye, nursing stab wounds on his face and a puncture wound to his chest. He feared the worst – that a jealous ex-lover had just killed his co-worker.

The guard "came running inside and stated, 'He just killed (unknown female name),'" a witness inside the Shrine told police. Officers later heard the suspect say, "I tried to kill that b****,"  before his eventual arrest.

The dramatic descriptions are laid bare in new documents filed with D.C. Superior Court, where Mack, 48, is now charged with two counts of assault with intent to kill.

The original call for a hit-and-run in Northeast escalated as more witnesses saw an SUV run over a woman twice, with screams coming from the Shrine’s parking lot.

Police said Mack drove away from the scene to his home in the 1300 block of Sheridan Street, Northwest, where he barricaded himself inside.

Mack’s daughter persuaded him over the phone to come out and surrender peacefully, with officers hearing an incriminating statement about Mack’s intent to kill while he was on speakerphone.

After interviewing five witnesses and submitting their narratives to prosecutors, police concluded Mack thought the mother of his child was in a relationship with her co-worker – a fellow security guard at the Shrine.

The two guards were not in a relationship, police said. But the female guard told detectives that her jealous ex-lover installed, "spy software on her phone where he had been monitoring her calls and text messages."

The police narrative submitted to D.C. Superior Court also detailed how "over the last few days, [Mack] had been threatening to kill her, but had told her that he changed his mind because they have a child in common."

Witness accounts said Mack drove his SUV into his former significant other, drove around the parking lot, and ran over her again.

Witnesses said they saw Mack follow the second security guard inside the sacred site, where Mack pulled out a knife and began attacking him.

The guard managed to wrest the knife away from Mack, but Mack pulled out a second blade, as the two engaged in a knife-to-knife fight inside.

Both security guards are currently in stable condition. The female victim suffered a fractured back, internal bleeding and other injuries.

Mack is currently held without bond, and has a preliminary hearing set for Jan. 10 at 9:30 a.m.