Supporters hoped images and energy captured Thursday would help to reset a narrative projected by pundits and cable TV networks of a campaign in crisis. 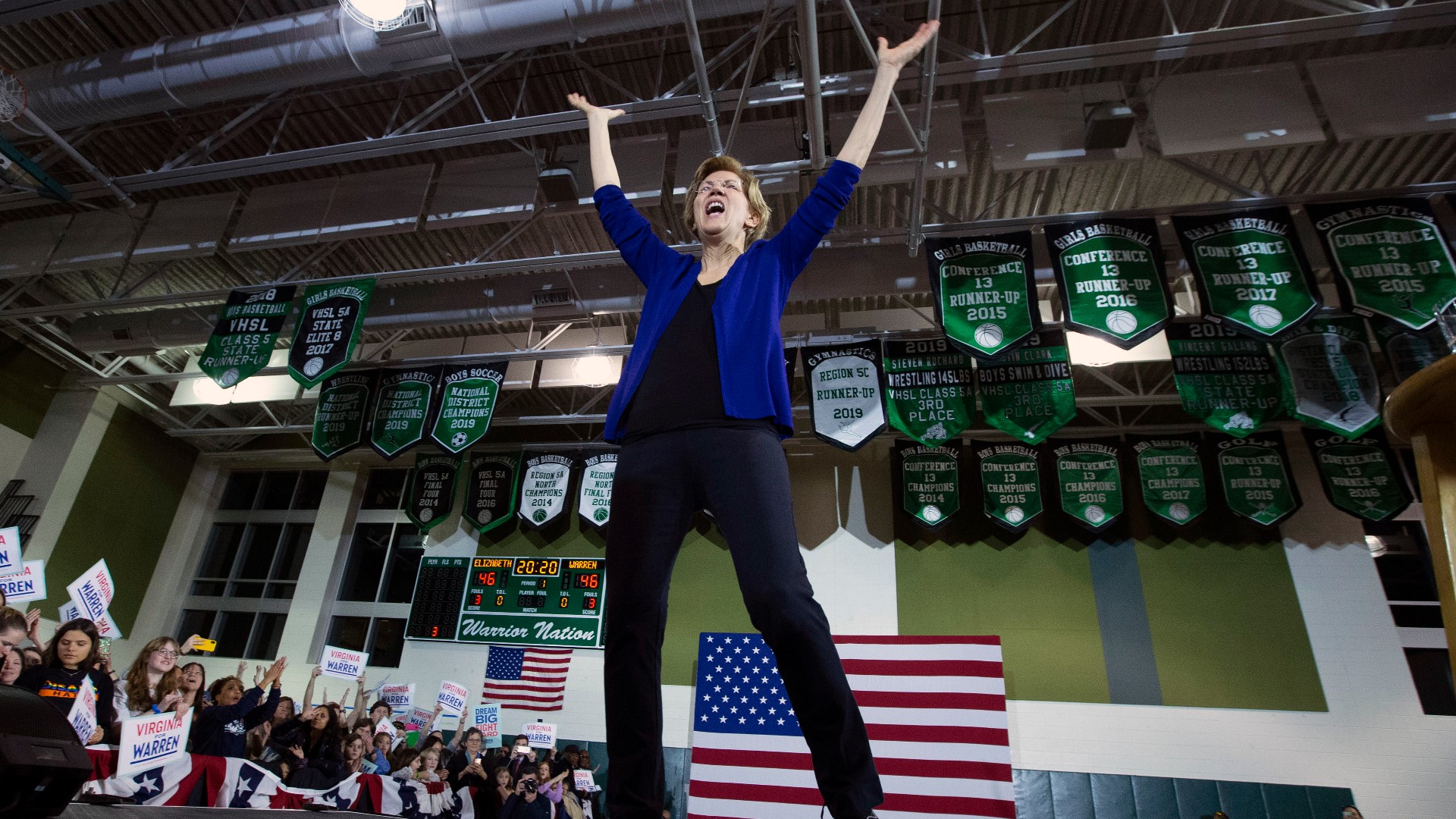 ARLINGTON, Va. — Sen. Elizabeth Warren became the first candidate after the New Hampshire primary to visit Virginia Thursday, betting on a bastion of progressive voters in this Democratic stronghold to help capture the commonwealth on Super Tuesday.

"You all are a Super Tuesday state, which means the road to the White House leads right through Virginia," Warren exclaimed, as a crowd of more than 4,000 cheered in a cavernous high school gymnasium. "We’ve heard from two states – but we have 55 states and territories ready to go."

The introductory remark was a slight allusion to a fourth-place finish in New Hampshire Tuesday, well below the campaign’s expectations.

But as a line into the front door of Wakefield High School stretched the length of two football fields, supporters hoped images and energy captured Thursday would help to reset a narrative projected by pundits and cable TV networks of a campaign in crisis.

"I think she’s the only one who’s come up with a plan for after Trump, how to clean up the White House, and how to hold the administration accountable," Emily Best, a mother who drove from Harrisburg, Pa. with her toddler to attend the event, said. "She’s looking at it in a big-picture way that I don’t see any of the other candidates examining."

The Warren Campaign itself is looking at the broader view of winning delegates heading into the March 3 major primary contests.

Virginia is one of the top four states holding primaries on Super Tuesday, only behind North Carolina, Texas and California in delegate count.

The commonwealth awards 99 delegates to the Democratic National Convention, and with no winner-take-all states, supporters in Arlington remained optimistic Warren could rake in a sizable share to keep the campaign alive.

"It’s only a slight number of delegates that have been allocated from Iowa and New Hampshire," Sarah Park, a supporter who found herself near the front of the sprawling queue, said. "She’s got a shot. We’re all here to tell her that."

RELATED: Missed handshake by Sanders, Warren after debate adds to talk of rift