Retired Arlington sheriff's deputy Art Castellano is haunted by the fate of a man he rescued from the burning Pentagon on 9/11. Can you help these two men reunite? 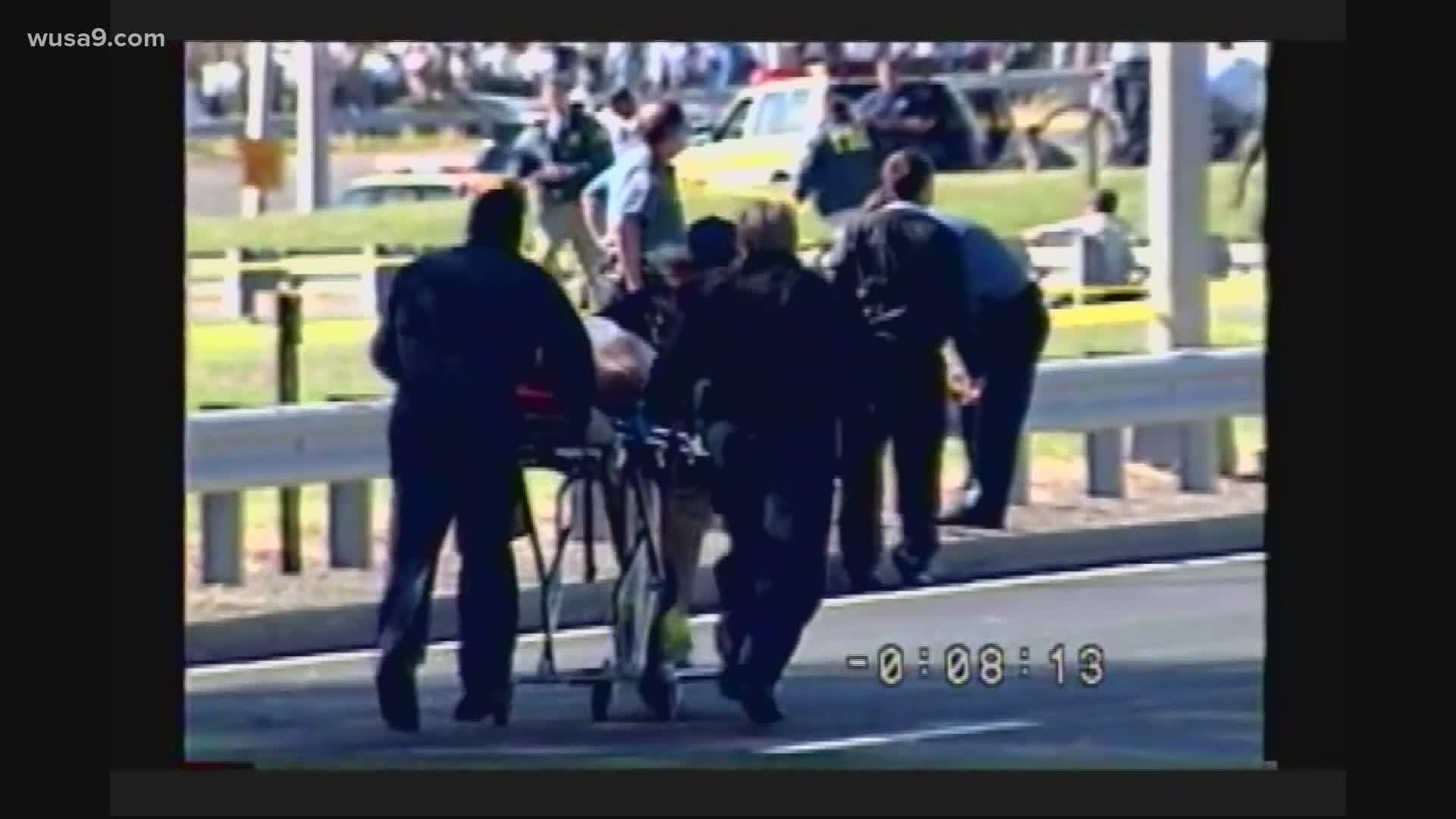 WASHINGTON — Nineteen years after the 9/11 attack at the Pentagon, a retired Arlington sheriff's deputy still doesn't know if the badly injured man he pulled from the burning building survived. He doesn't know his family or even his name -- and Art Castellano still cries about it whenever something reminds him of that day.

Now, WUSA9 is trying to help reunite the two men.

Castellano saw the plane and then the flames at the Pentagon from more than a mile away. He raced his SUV over medians and around barricades to get to the site where the airplane slammed into the building. Hands reached up through the smoky windows near where one wing hit, and Castellano climbed in around the broken glass to pull people out.

"I remember someone was holding the back of my feet, so I wouldn't fall in," Castellano told WUSA9 a few weeks after the attack, when we first talked to him.

The story is still just as vivid in his mind today.

"I pulled this one lady out, and she said, 'There's somebody else in there,'" he said Monday. "They couldn't see because it was pitch black with the smoke. So I just started yelling, 'Come towards my voice, come towards my voice!'... I heard him yelling back ... And when I pulled on his lapels, he started screaming. And it was because the suit he had on had melted to him. So when I pulled it, it ripped it from his skin. It was bad."

RELATED: Final night of 9/11 'Towers of Light' tribute at the Pentagon 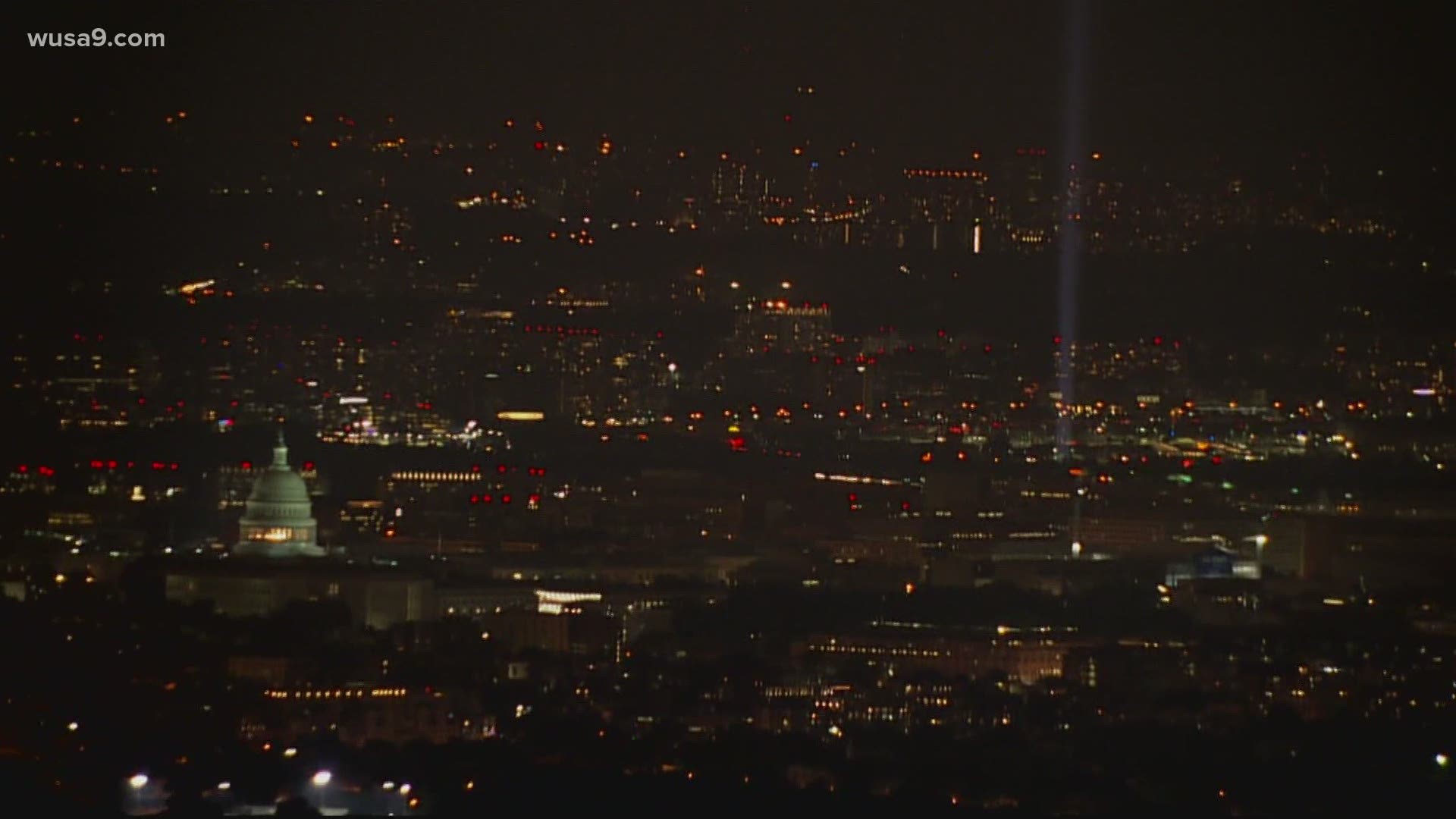 In video from that horrifying day, you can see the man. Castellano thinks he was an older man, in a business suit and dress shoes. The burning jet fuel had blinded him. He may have been Latino, and his name may have been Jose, but Castellano said he's far from certain about either of those things.

"When he was on the gurney, his hands were up in the air, and he kept on going like this," Castellano said, his hands clenching and unclenching to demonstrate.

Now, on every anniversary of that day, every time Castellanp sees someone who might look like the man, the retired sheriff's deputy weeps. He's hoping someone will connect the images, connect the story, and let him know who the man was.

"Even if he didn't make it, just to know what happened after I let him go," Castellano said. "Just to hug his family, to say, I'm sorry, I did everything I possibly could."

When asked what his reaction would be if he were to get an answer to his nearly two-decade-long quest, Castellano had an immediate response.

"You would cry just thinking about it," his adult daughter, Francesca, said.

If you know anything about this mystery man, badly burned in the Pentagon on 9/11 and pulled out by a now-retired Arlington deputy, please reach out. You can contact us through our, here at wusa9.com, or by emailing us at newstips@wusa9.com.