‘I feel like the president!’ | Resident of D.C. jail plans path forward after winning local election

The District native is equipped with a tablet to attend upcoming ANC meetings, and he uses email to reach his new approximately 1,500 constituents. 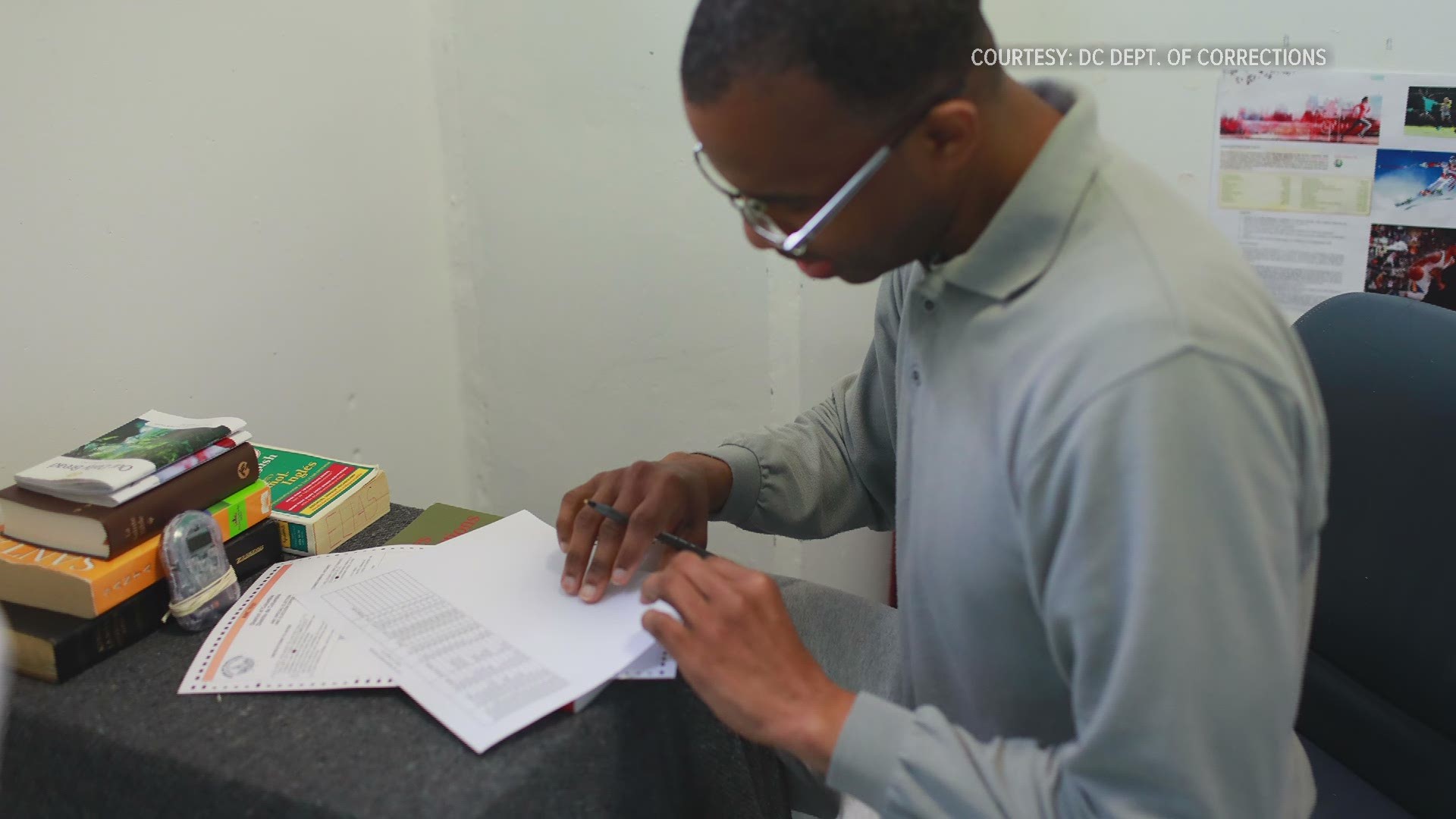 WASHINGTON — He asked to be heard not as a teenager convicted of murder in the '90s, but as an author, mentor, and a man moving forward. Voters heard Joel Caston loud and clear, elevating the resident of the D.C. Jail to the rank of local commissioner.

“I’ve been saying this, I feel presidential,” Caston said from inside the jail Wednesday. “I feel like the president, a public servant who can deliver.”

Caston will soon be officially sworn in as a member of the District’s Advisory Neighborhood Commission, the most local form of government within the nation’s capital.

The 44-year-old successfully ran for a seat never before filled – a district east of Capitol Hill encompassing the D.C. Jail, Harriet Tubman Women’s Shelter, and new luxury apartments near the Stadium-Armory Metro station.

No one has occupied the seat before, voting activists said, largely because of the transitory nature of the jail and the shelter’s population. Most of the incarcerated individuals are held awaiting trial, or, are serving relatively short sentences.

Only a handful of residents live within the Park Kennedy apartments, a development completed within the past year.

“Well, I know the first thing I'm gonna do is listen,” Caston offered, describing how he hopes to learn from fellow commissioners during his first ANC meeting.

“I think the main thing missing from these conversations is our humanity. Often times when we are incarcerated, we can lose the sense of a person's identity. But that individual is still a human being.”

RELATED: DC Jail inmate elected to one of the District's ANC board positions

The District native is equipped with a tablet to attend upcoming ANC meetings, and he uses email to reach his new approximately 1,500 constituents.

Members of the group Neighbors for Justice and the D.C. Department of Corrections assisted Caston and four other candidates within the jail, as they recorded video statements outlining their platforms.

“Since the tenure of my incarceration at D.C. Jail, I’ve had the privilege to serve as a Christian worship leader, Chief Editor of the Inside Scoop [jail newspaper], and the founding mentor of the Young Men Emerging program,” Caston said in a candidate questionnaire published by Neighbors for Justice.

“I have a proven track record of rehabilitation and striving for excellence which serves as an indication of the passion I will bring to my tenure as the ANC Commissioner.”

His position as a commissioner may be short-lived, as Caston expects to be released from custody within the next few months. If he no longer resides in his district, he cannot represent the area as commissioner.

Caston submitted a “Second Look” petition, which affords those in custody the possibility of freedom or a new sentence after serving 15 years. D.C.’s Second Look Amendment Act offers resentencing to those who committed a criminal act before turning 25.

A jury convicted Caston of first-degree murder for a killing he committed at age 18.