Across the region, and around the nation, clinics are racing to vaccinate children 12-15 as some question whether limited supply should go elsewhere 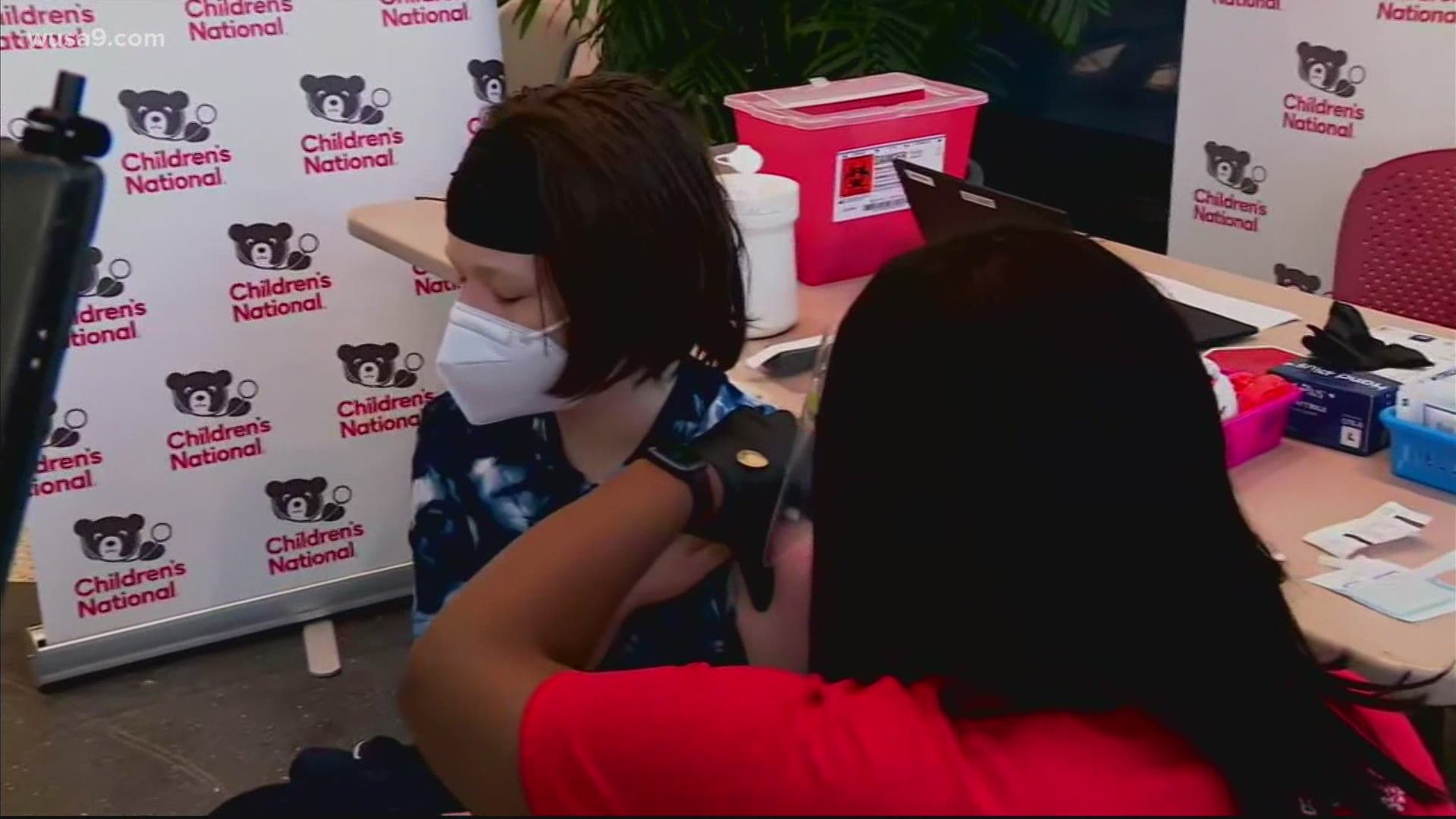 WASHINGTON — The first-in-the-world campaign to inoculate children against COVID-19 kicked off in the U.S. Thursday, with clinics across our region offering vaccinations to children between 12 and 15 for the first time. The CDC is hoping to vaccinate millions of children to help return the country to normal.

There were high fives at Children’s National Hospital at 8:30 a.m. Thursday, as the facility kicked off a drive to vaccinate 100 youngsters between 12 and 15 on the first day of the campaign.

"That didn’t hurt!" 15-year-old Sydney Lewis said as she got one of the first shots.

"It’s all about returning to normal and working as a community to get us there," Sydney's mother, Tanisha Lewis, said.

The family said they signed up as soon as the hospital opened pre-registration.

RELATED: Looking to get your child a vaccine? Kids 12-15 can get a shot at these locations

Clinics across D.C., Virginia, and Maryland are offering both walk-up and pre-scheduled vaccinations. The FDA says the vaccine is safe and extraordinarily effective in children, and the American Academy of Pediatrics is recommending it for all children 12 and older as soon as possible.

Children 17 and younger were 18% of the nation's COVID cases last month.

"While we're fortunate that children aren't as seriously affected as adults on average, there's a lot of disease that's still going on, and serious disease that does affect kids," Dr. Susan Coffin of the Children's Hospital of Philadelphia said.

But not all pediatricians are in favor of the push to vaccinate kids. Some say the world’s limited vaccine supply should be focused on protecting the most vulnerable adults in places like India where the virus is raging.

"The [children's] real risk is that variants come out from everywhere else and end up resulting in a much weaker impact of the vaccines, even in the U.S.," Dr. Richard Malley of Harvard Medical School said.

A Kaiser Family Foundation poll found about 30% of parents of kids in this age group plan to get them vaccinated as soon as possible, in hopes of getting them safely back to schools, camps, and vacations.

But some are still hesitant, with 25% of those surveyed saying they definitely won't get their children vaccinated.