The black lab has been given a prognosis of six months to one year, but he has beat the odds before. 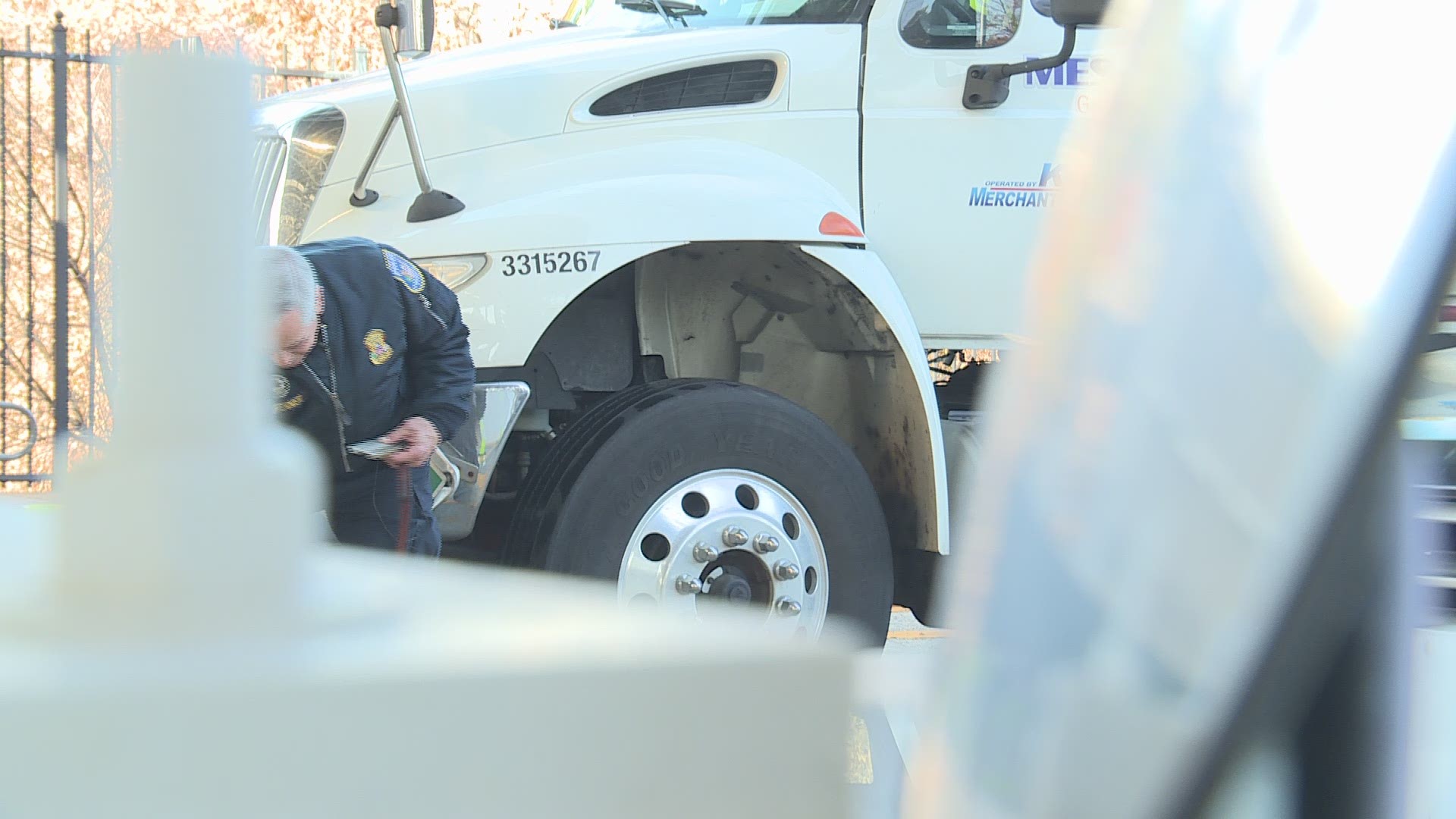 BETHESDA, Md. — On any given day, hundreds of trucks enter the massive NIH facility in Bethesda. Ensuring that these vehicles are safe, and without any explosives, is a black lab named Toby.

Now, this six-year-old dog is entering an early retirement, as he faces some health challenges.

In early September, Toby's handler, Officer Rick Brenner, found a tumor on his shoulder. Surgery removed the tumor, but unfortunately the cancer spread. Even with radiation and chemotherapy, Toby's prognosis is just six months to a year.

Credit: Evan Koslof
Officer Rick Brenner and Toby are inseparable. They not only work together, but live together.

Toby has beat the odds before. In 2016, he had a tumor removed from his right paw, and went through 16 rounds of radiation to remove the cancer. After just two months, Toby was right back to work keeping people safe at NIH.

Brenner, who has owned Toby since the pup was just 20 months old, said it was inspiring watching Toby respond to the treatment.

"To go to work every day, and have the enthusiasm that he has just makes my day better," Brenner said.

Toby is currently receiving four weeks of moderate radiation and chemotherapy treatment at Veterinary Referral Associates in Gaithersburg. His vet, Dr. Benoit Clerc-Renaud, said Toby stays positive throughout it all.

Credit: Evan Koslof
Toby has been a staff favorite at Veterinary Referral Associates in Gaithersburg.

"I get excited just seeing Toby come in," Clerc-Renaud said. "He’s just one of our favorite patients. And knowing that he has an aggressive tumor, but he’s gotten great care, and seems so happy, I know it’s definitely worth it."

At this point, Toby is still working at NIH, although he's now nearing retirement, with another dog on the way. Brenner said he will cherish the time he has with Toby.

"I hope he defeats the odds," Brenner said. "I’d like to have him as a pet in retirement."

RELATED: 'You made my week, my year, my life' | Dog who ran from deadly St. Charles crash reunites with owner