The photos are part of a joint effort between DC Cat Count, the Humane Rescue Alliance and the Smithsonian. 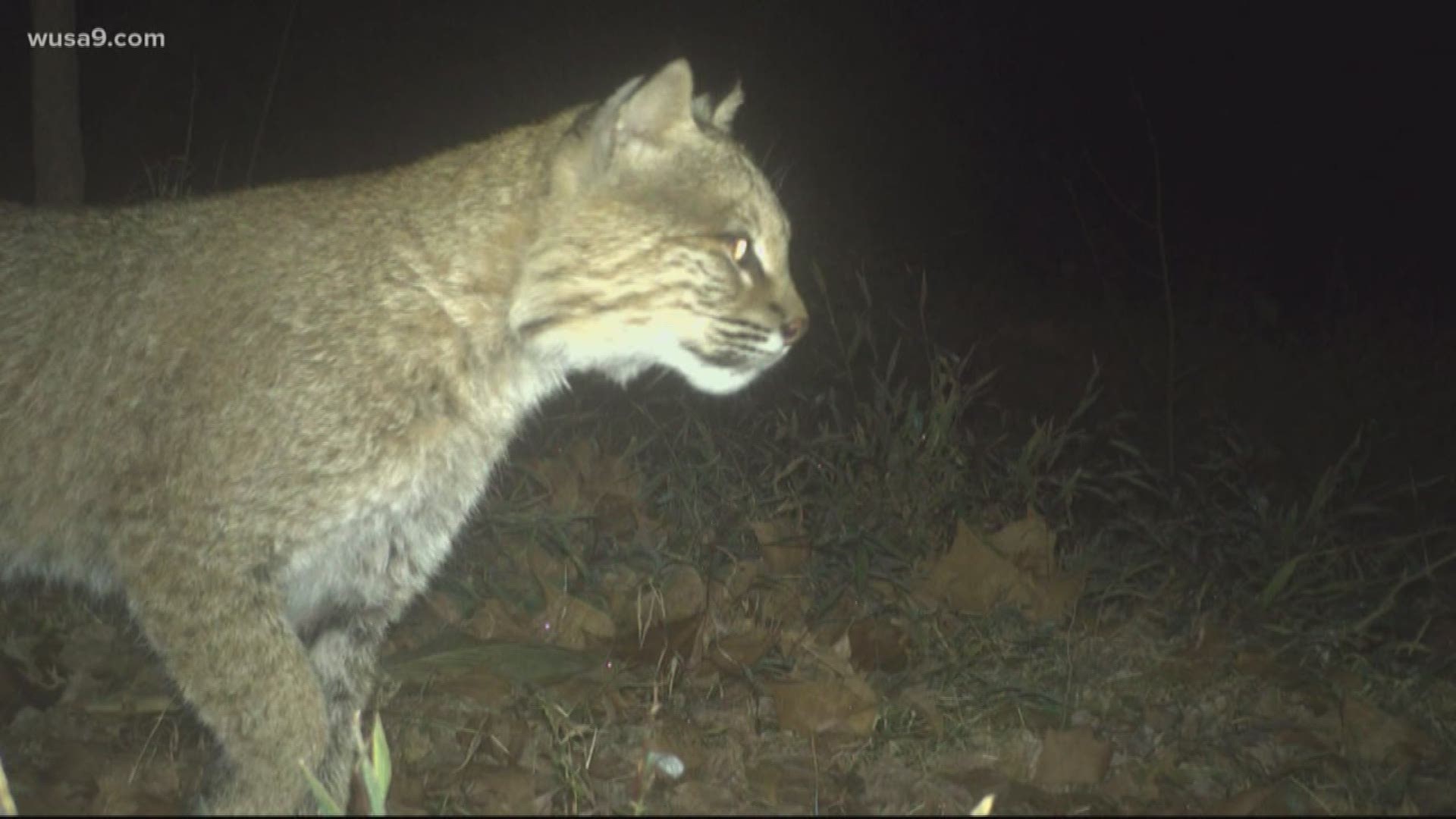 WASHINGTON — A local initiative to document the outdoor cat population in Washington has led to some pretty cool and up-close photos of a bobcat lurking in the D.C. area.

Dan Herrera of D.C. Cat Count posted the pictures to his Facebook page and said that his organization is working with both the Humane Rescue Alliance and the Smithsonian.

The cameras that captured the pictures of the bobcat are located along the C and O Canal Park in the Palisades and Georgetown area of Washington. These photos were reportedly taken on November 9, 2019, around 6 a.m.

Herrera believes that the bobcat may have been looking for a mate or it may have been hunting for food, adding that male Bobcats are known to have larger hunting territories than females and that he isn't aware of anyone else capturing pictures of bobcats in the Georgetown area.

While no other picture has shown similar citings, Herrera and those he works with do have a backlog of film to look at.

According to National Geographic, bobcats can weigh between 11 and 30 pounds and are between 26 to 41 inches in height from head to body. It's also believed that there could be as many as one million bobcats in North America.

Bobcats mostly do not mess with people and are considered elusive and nocturnal. They mostly eat rabbits, birds, mice, squirrels and other smaller game.

You can learn more about the project and D.C. Cat Count here.

RELATED: Make your pet "smart" with these high-tech gadgets

RELATED: Spend Valentine's Day learning about animal sex at 'Woo at the Zoo'