Those really were tornadoes in Arlington, on the National Mall and on H Street

Arlington Fire said it responded to 16 fires, 15 wires down, one vehicle crash, and one technical rescue amid the rough weather on Thursday. 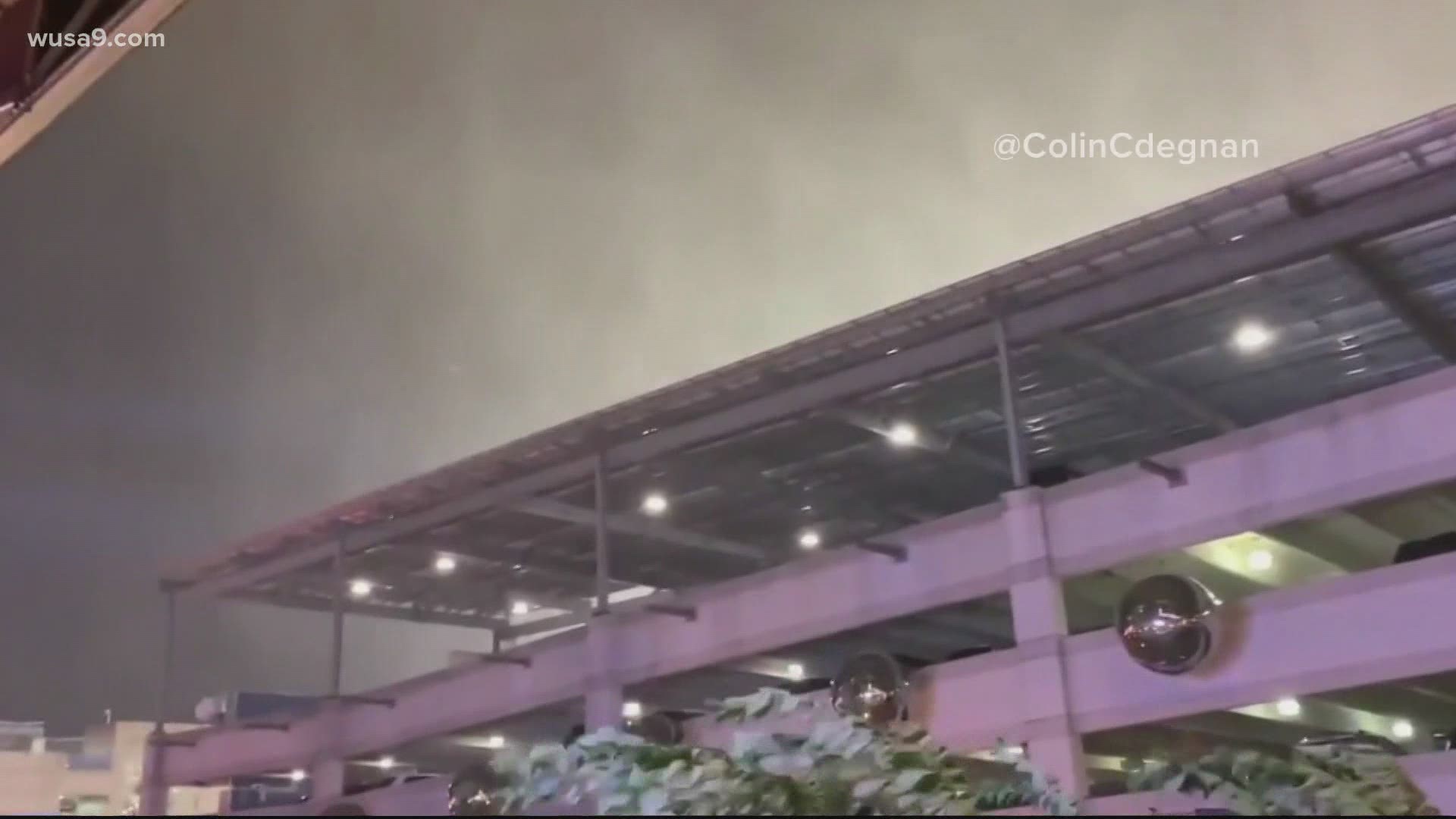 ARLINGTON, Va. — Some Arlington neighborhoods still cleaning up after what the National Weather Service now confirms was a tornado that swept down Lee Highway.

"Here it comes!" yells Collin Degnan on a video he shot Thursday night from a bar near Nats Park.

Things go pretty quickly from party to panic as the storm rips through, catching lots of people out in the open as the winds throw heavy rain down on them.

The weather service said the tornado rolled right down the National Mall.

It started in Waverly Hills in Arlington just before now 9pm, screamed through Cherrydale, and then jumped the Potomac and dissipated near downtown about four and a half miles away and 6 minutes later.

On North Randolph Street in Cherrydale, the tornado ripped apart a pecan tree that’s stood for more than a century.

"My mother was pretty scared. She’s like 77," said Mike Jackson as he sits in his mom's yard watching a crew with chain saws hack down what's left of the tree.

Jackson figures he can see the track of the storm in a line of torn-up trees. "It was like the Wizard of Oz all over again," he said.

Arlington Fire said it responded to 16 fires, 15 wires down, one vehicle crash, and one technical rescue.

The technical rescue was a man trapped on his porch by a falling tree. "They got the warning, they heard something, they ran in, and he didn’t make it," said his wife, who didn't want us to use her name.

The injuries: minor, but she said she was terrified. "Things like this remind you how in an instant, something can change."

RELATED: NWS: Tornadoes touched down in Arlington and DC

RELATED: Lingering shower chances 4th of July weekend, but not a washout

RELATED: 'It was terrifying' | Neighbors tried to help Arlington father trapped by debris

Carole Russo got her family and her dog down in the basement on N. Quebec St. But she wishes she’d responded a little more quickly when the tornado went off on her phone. "It’s pretty wild to think it’s really happening right here. Climate change is real," she said.