From brawling and being expelled from DCPS to graduating from Howard Law School, this is her story

“Education is my thing. I was always intelligent, it was just that, sometimes my environment took over that part of me." 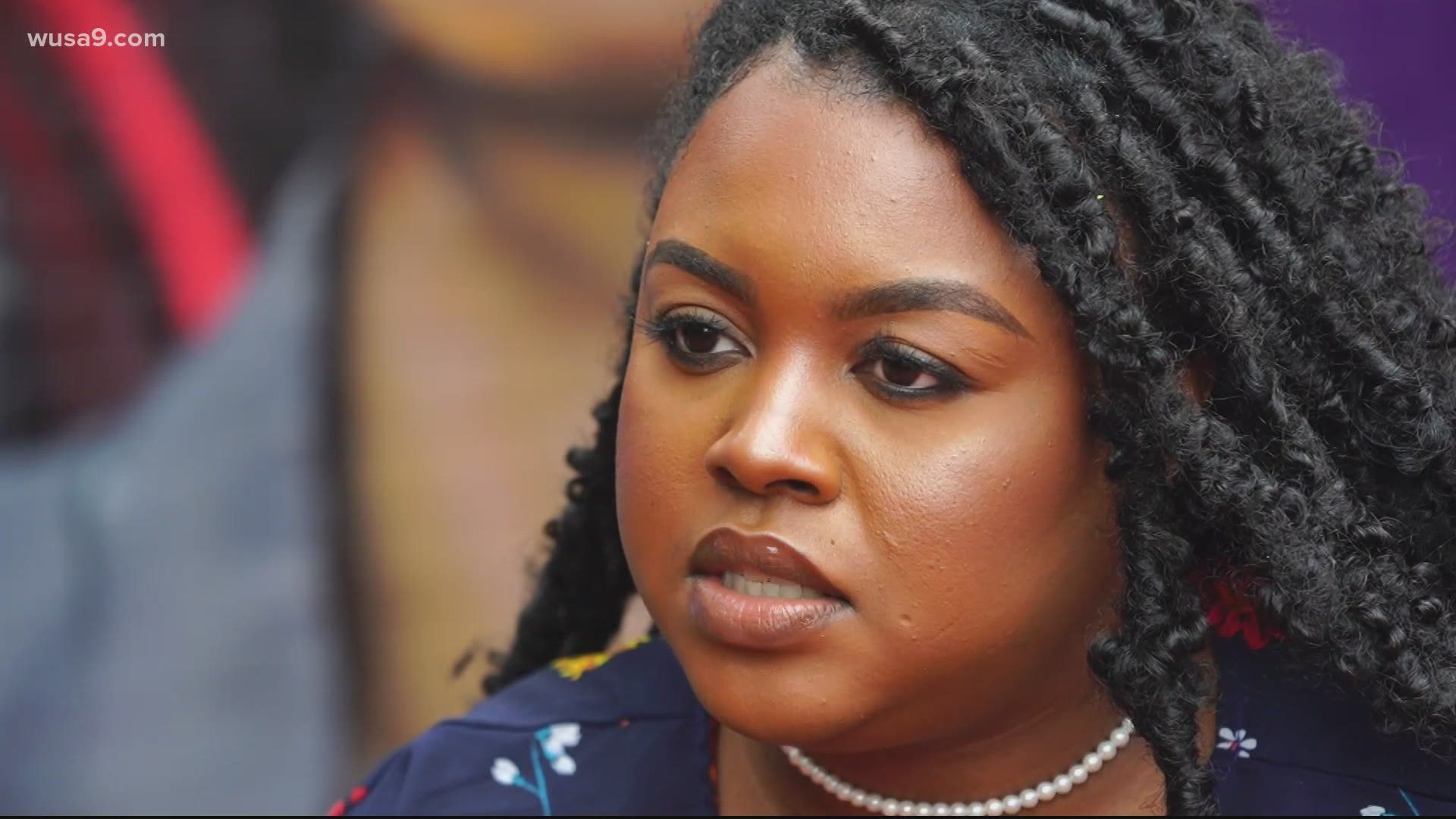 WASHINGTON — Taking a walk through Congress Park in Southeast, D.C., you’re bound to see children playing, people heading to work or home, and hear colorful stories about what some call the heart of D.C.

For Alexis Hawkins, the stroll down memory lane tells a story of a unique childhood.

“I love this community, but a lot of my friends’ blood is still on this concrete, so, like bittersweet,” Hawkins said.

As a child and teen, Hawkins could be found sitting atop the concrete steps in her neighborhood. It was a way for her, her sisters and friends to see the entire block. It would be those steps, those blocks, that she’d spend her adolescent years falling in love with and defending.

“This is the neighborhood that I grew in, that I developed who I am in,” Hawkins said.“

It also became the neighborhood where Hawkins would plot her trouble.

But now the Howard University Law School graduate is the first in her immediate family to get a college degree, let alone pursue a career in law. But her journey to this point was unlike most who aspire to change the communities where they grew up.

“When I was probably about two, my siblings and I were taken out of my mother's custody and we were placed in the foster care system,” Hawkins said.

She and her two older sisters were eventually adopted. Fortunately, they were able to stay together, but their hardships didn’t end with their new family.

“When I was about eight years old, my siblings and I were adopted by relatives. That was also pretty rough because some of the things that we experienced in foster care, we also experienced in our newfound home," she said. "So, we're only trying to survive. We're not looking for love -- here it's survival rather than love. So, it was tough."

Years would go by before she or her sisters felt the tingling sensation of what it is to be loved.

A born leader and loyalist, the native Washingtonian often found herself defending the reputation of her Southeast D.C. home.

“I was labeled many things: the aggressor, the instigator, the fighter, and that was because I would often get into physical altercations," Hawkins said. "And these altercations weren't just like myself and another party; they often consisted of 10, 15 children versus 10 or 15 other children from different neighborhoods."

The honor roll student always found value in education, but when classes changed, or the final school bell rang, she was in brawls.

“It may sound a little weird, like, why would you continue to fight?" Hawkins said. "But I think that we all have the same sentiments when it comes to our family. If you mess with one, you mess with us all. So, it was like a loyalty thing."

One particular incident left Hawkins expelled from DC Public Schools. She joined a community group, the Peaceaholics. The men who formed the group wanted to widen their world beyond what they knew -- east of the Anacostia River.

“The first time that I left Southeast, D.C., it was with the Peaceaholics. They took a group of 15 youth down south to different states, and it was called the Freedom Riders Tour."

At 15, it was Hawkins' first trip across the Anacostia River. 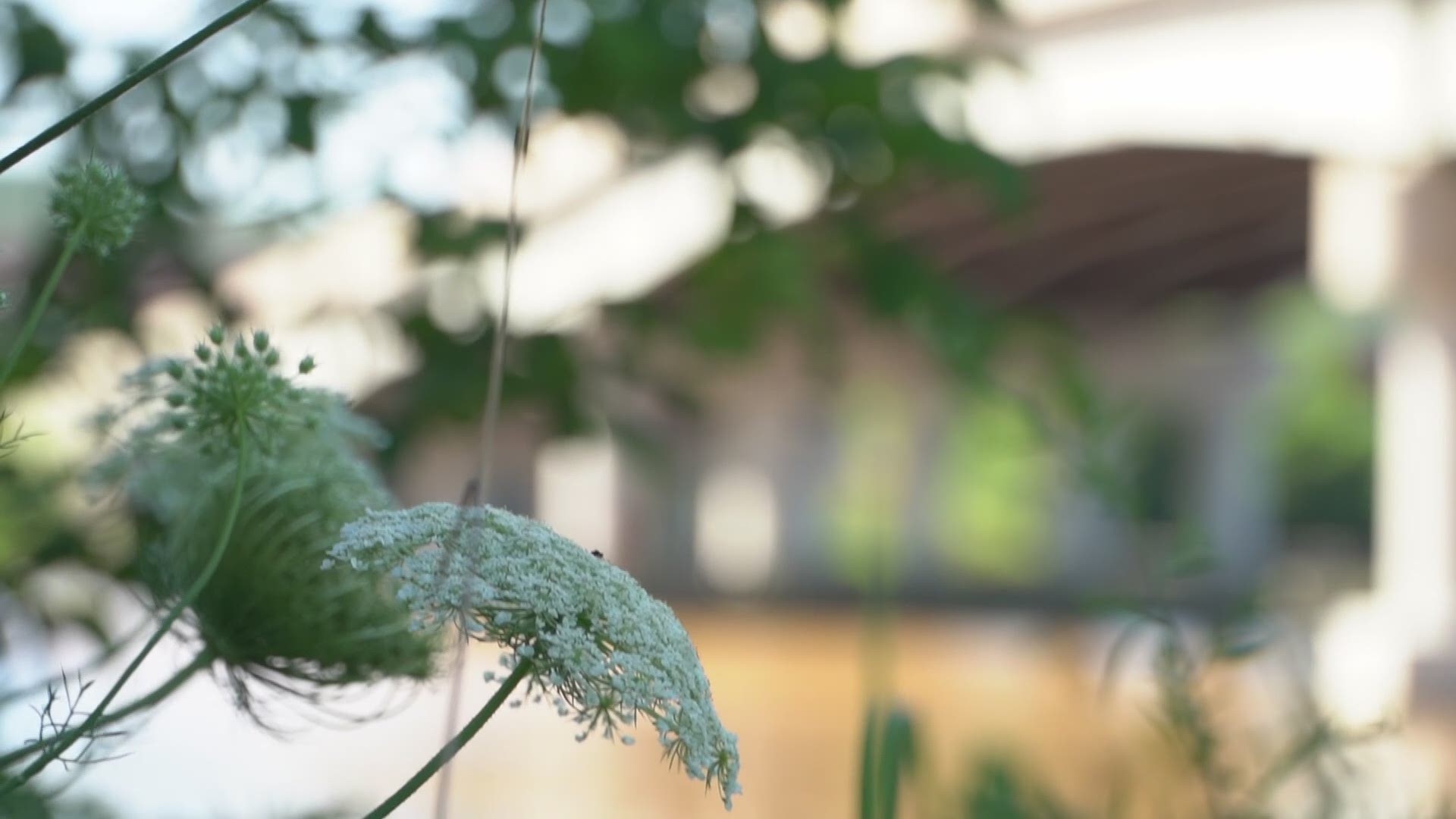 “Looking back now, I found that the more that I expanded my horizons and got out of my environment, the more that I began to learn, the more that I was able to hear and see different perspectives," she said. "And that really, in a sense, helped my development because I was then out of a space where people all thought alike. I was challenged to think differently or to act differently. So, looking back, it definitely impacted, my childhood."

The second time Hawkins ever ventured away from her neighborhood was to attend Woodland Job Corps in Laurel. When she received her GED, her mentor Jauhar Abraham advised her that it was time to leave behind a life that was familiar to her. He encouraged her to go to Benedict College in Columbia, South Carolina.

“I want to sit here and say like, I'm so surprised, I'm shocked that she's done these things that she's done," Abraham said. "But I'm really not. She just needed a little help. She found her way."

Throughout college, Hawkins was a stellar student. Not only was she on the dean’s list, but she was involved in several on-campus organizations. At Benedict College, Hawkins also joined Delta Sigma Theta Sorority, Inc.

“Education is my thing," Hawkins said. "I was always intelligent, it was just that, sometimes my environment took over that part of me."

After returning back to D.C. after college, Hawkins returned to familiar territory. She moved back to Southeast, D.C.

“I wanted to still live in Southeast because this is where I come from,” Hawkins added.

Her days of once sitting idle on concrete steps are now filled with studying for the bar exam.

“I want little girls and little boys from this community to know that this world belongs to them," she said. "I think that it's important to know that they have a space wherever they go, and not just the space or position in places that people have already created for us."

Hawkins was given a plethora of labels growing up -- many of them were not positive. As she continues her journey and reflects on how the Southeast community molded her into the woman she is today, she decided to give herself a few new titles.

“Change agent," she says, a twinkle in her eye. "Social engineer. And a believer."

RELATED: 7th graders at a DC charter school learned to code in a month’s time. Now, they have an app that may help local students

RELATED: Award-winning poet inspires DC students to use their words to change the world