The tree was harvested from General C.C. Andrews State Forest in Pine County. 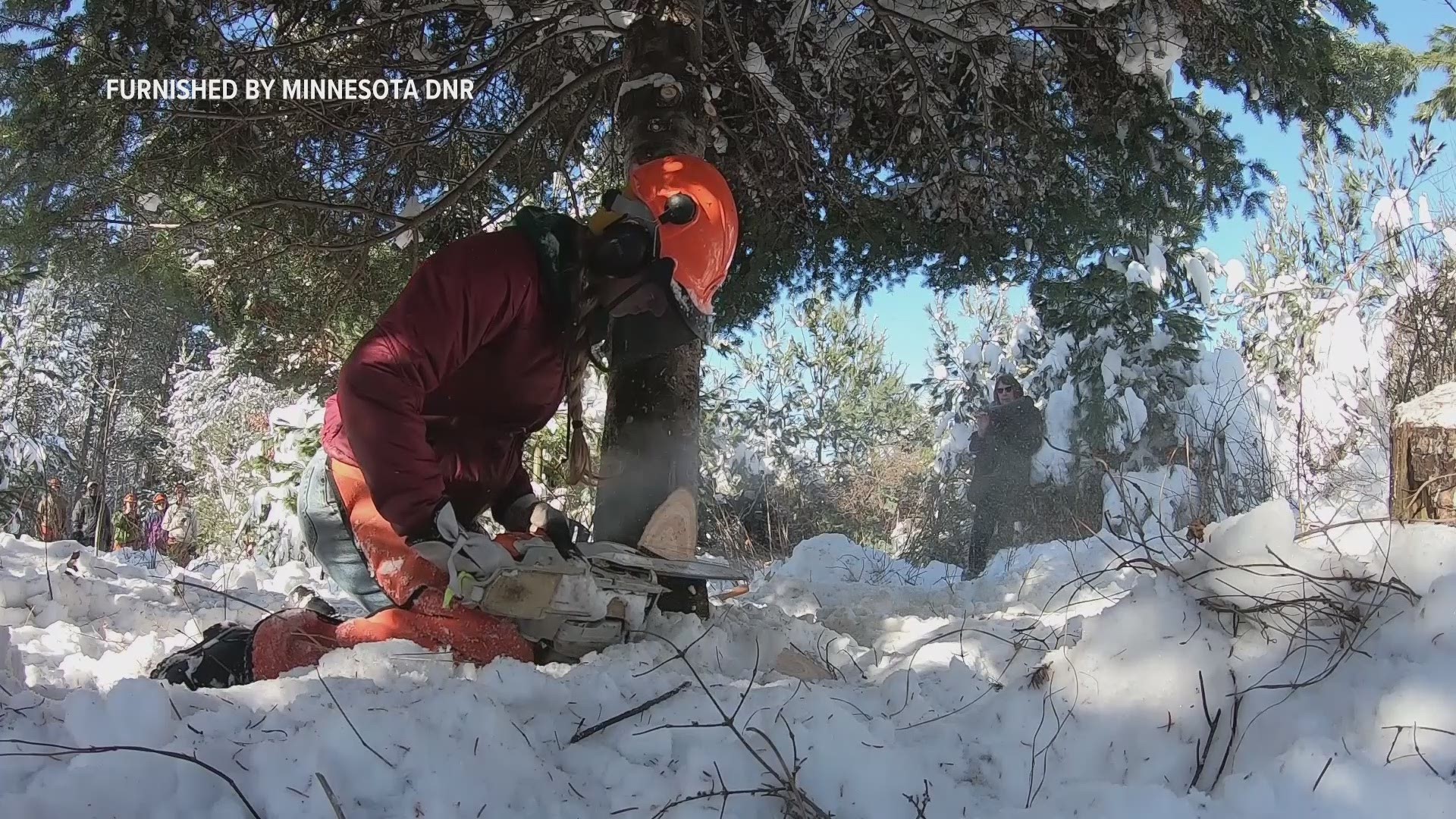 DNR foresters harvested the a 25-foot, 40-year-old tree from General C.C. Andrews State Forest in Pine County. It will be transported to the Governor's Residence in St. Paul, where it will be decorated and lit in a ceremony on Thursday, Dec. 5, weather permitting.

DNR staff chooses the Governor's Christmas tree each year from one of the state's 59 state forests. Though it's harvested close to the holiday, the process of choosing the tree takes several months.

“I look for a tall tree that’s nicely shaped and well filled out,” said DNR forester Jean Mouelle in a press release. “It also has to be in a location where it will not be damaged when dropped, and where foresters can easily remove it from the forest and load it onto a trailer.”

According to the DNR, a half million Christmas trees are harvested from private tree farms every year in Minnesota, adding about $30 million to the state's economy. DNR foresters said that for each tree cut, anywhere from one to three new trees will be planted.