Meet the millennial who wants to spend an hour talking with 10,000 people face-to-face

Rob Lawless has spent the past five years meeting strangers and getting to know them for an hour at a time. Can he teach us all a lesson about civility? 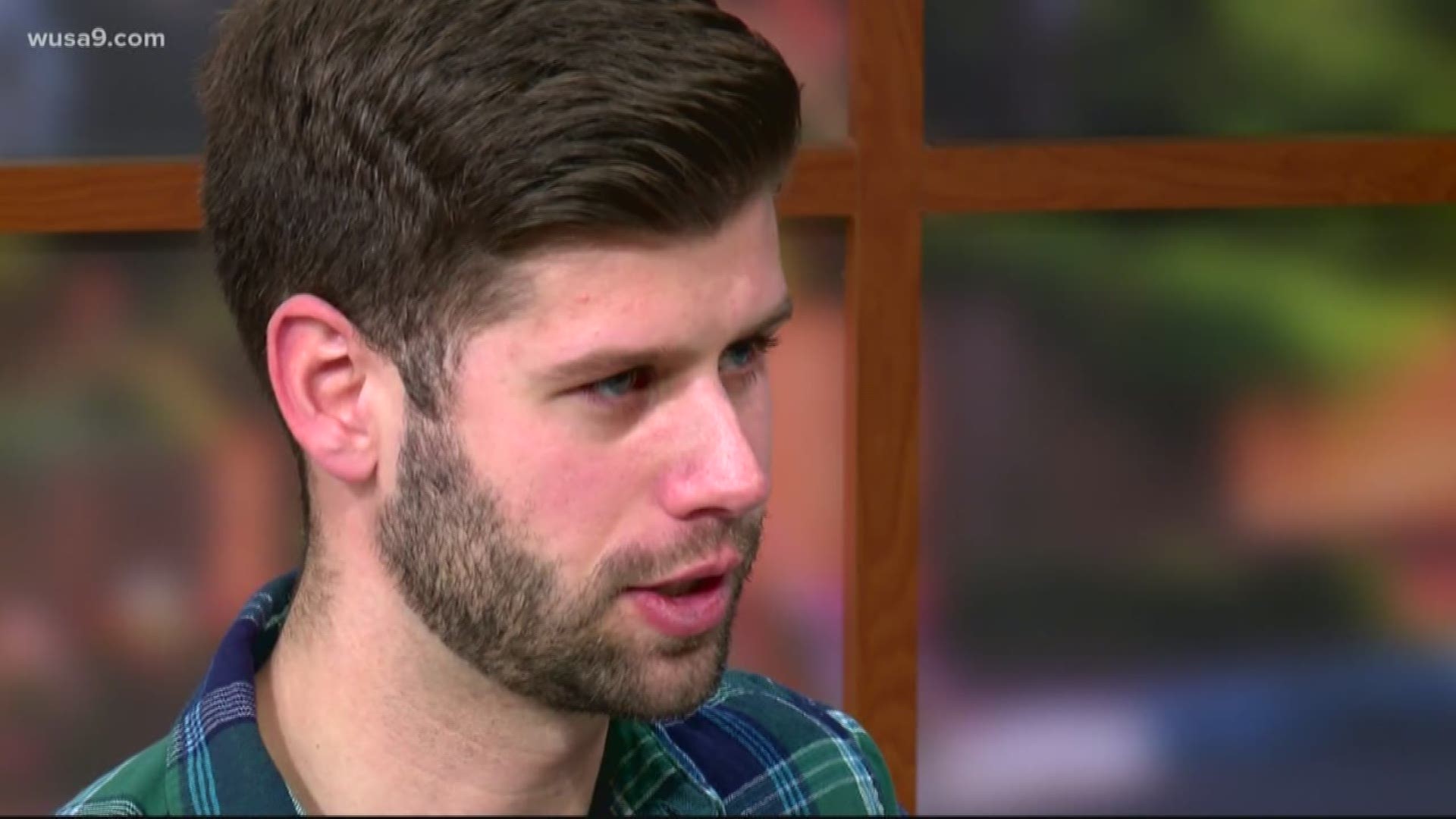 WASHINGTON — Rob Lawless knows how dangerous algorithms are for his social media feeds; He knows they tell you what you want to hear instead of what you need to hear and that your world view is reinforced by everything funneled to your accounts. So the 29-year-old hopeful entrepreneur has taken a novel approach.

"I don’t know," Lawless begins, "maybe I just realized the benefit of having technology was to help me have more face-to-face conversations."

As he sat in the studio at WUSA9 on Tuesday afternoon, it became clear: he's the millennial with the most un-millennial mission, the people person whom time forgot, a time-capsule of a human, from, maybe, 1985. Or 1955. When people just ... met and talked.

Lawless's goal, since 2015, has been to spend an hour with 10,000 people for no other reason than to meet and get to know them. He started in 2015, when he was a 20-something, Penn State graduate with a finance degree, working for the Deloitte consulting firm. It was then that he noticed something that bothered him: all his relationships in the professional world were agenda-driven.

They weren't about developing trust and relationships, rather they were transactions that felt soulless, almost superficial.

So he went on a journey, which he named, "Robs10KFriends."

I was person 3,214. At his current rate, meeting four people a day six days a week for an hour, he will finish in his mid-30s.

"I don’t really talk politics or religion with the people I meet," he said. "Mostly, I’m just interested in the facts of their life."

I know what you’re thinking: we live in a hashtag-this, Tic-Toc-that world now. We hide behind our keyboards, where we drop our snark and sarcastic bombs and never have to deal with the consequences of incinerating the person we’re attacking on social media. This whole in-person thing. It almost feels ... weird, no?

"Uh, I think it’s called empathy," he said earnestly "I’m trying it out and seeing if other people can try it out too."

The truth is that by making the effort to spend time and get to know people, Lawless said his perspective has grown so much. He’s been on Kelly Clarkson’s show, taken trips to Seattle, San Diego and Florida, financed by benefactors who merely heard about his cause and wanted to be part of that 10,000.

Like Scottie, who invited Lawless to the Goat Loft Airbnb in Round Hill, Virginia. Yes, playing with goats, is what brought him to the D.C. area.

"I don't think I ever felt more important in my life," he said, laughing. "They just all surrounded me as soon as I walked up. I felt like the president."

Beyond the life experience, two of his 10K friends have moved him to tears, including the woman from Brazil who lost her brother in a car accident and just wanted someone to talk to about it with.

"When she came to sit with me, she said she didn’t want to talk about her story, but her brother Eduardo," Lawless said. "Sometimes, I still tear up and it gets to me."

Most of all, Lawless has developed and curated a civility with his fellow human beings that we could all benefit from.

The quote is attributed to Sen. Martha McSally (R-Ariz.), who finished it by saying, "The more you get to know each other, the more common ground you can find and the more you can disagree without being disagreeable."

Lawless and I actually spent more than an hour together. The last 20 minutes or so he genuinely asked about my life and career, getting me to talk about forks in the roads that changed my life. He wasn't just checking another box toward his goal of 10,000. No, he actually cared. He was curious, interested. He was all the things that just don't translate through another medium other than face-to-face interaction, which is why he wants everyone to spend one hour with someone they don't know once a month.

Twelve hours a year, dedicated to being a human being instead of a human doer. If we can all shut our phones down for that one hour a month, well, it sounds like a plan to make us all more civil.

RELATED: Wise: Kobe's farewell was heartfelt, humorous and emotionally-wrenching goodbye to a legend and his daughter

RELATED: Wise: Through hockey, Alexander the Great showed us what real love and commitment means

RELATED: Wise: The Damascus dominoes begin to fall, but one remains — parents who allegedly enabled kids in sexual assault scandal