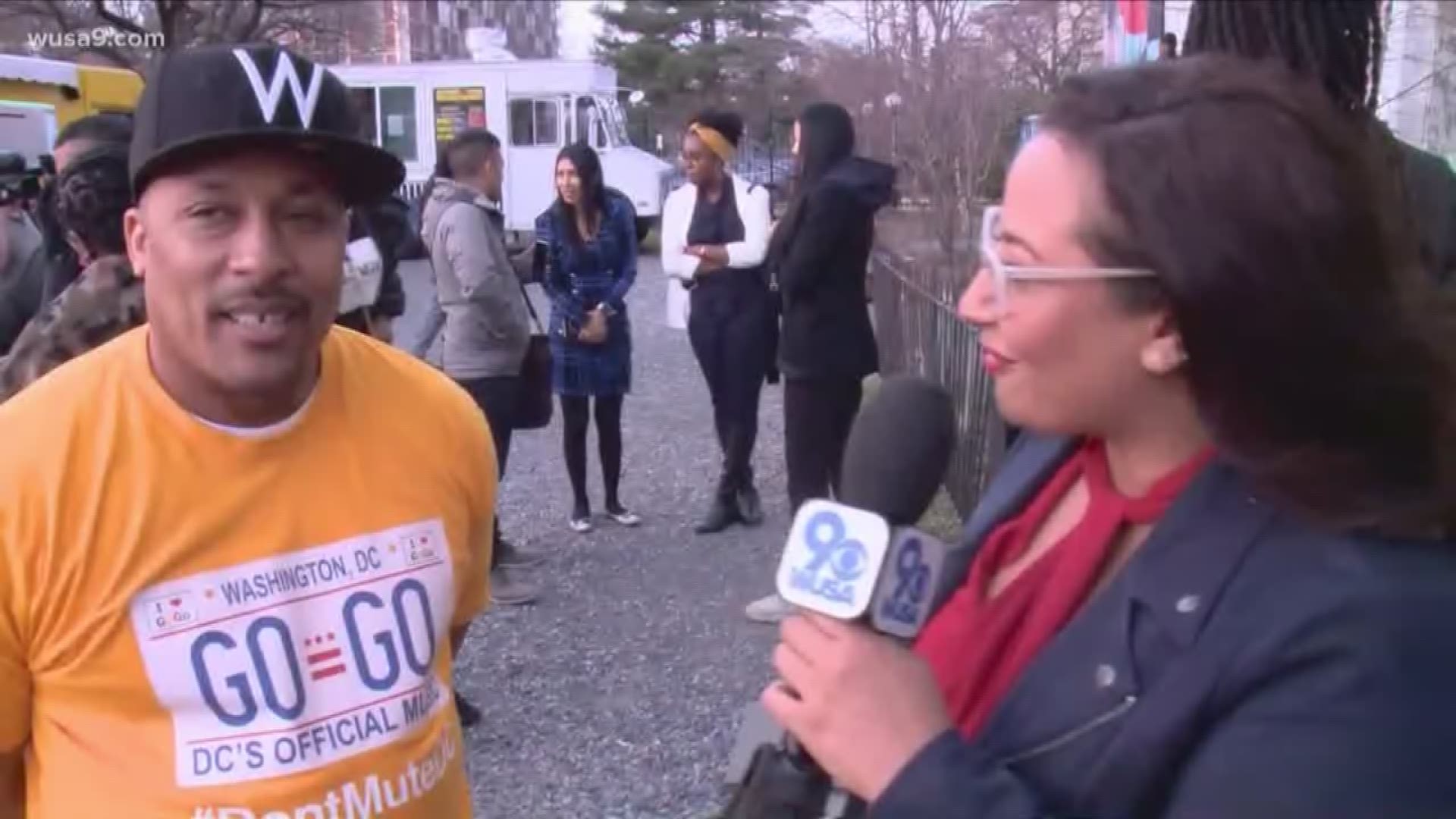 The creative arts performance space was packed with people wearing green "Don't Mute DC" hats and t-shirts and the crowd was pumped up.

Before signing the official document, in true call-and-repeat go-go fashion, Mayor Bowser asked the crowd to chant with her. 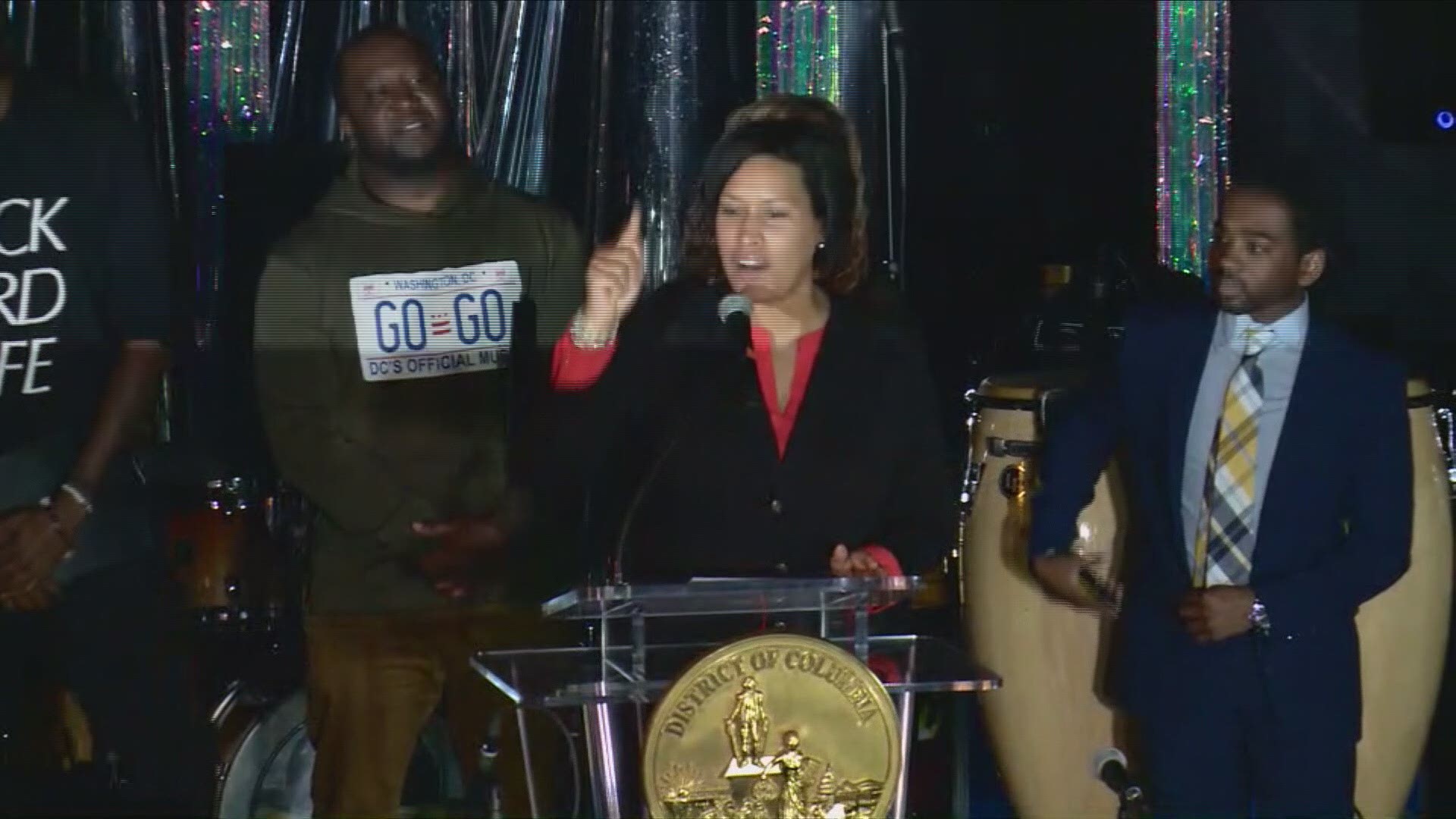 You could see the pride on Councilmember Kenyon McDuffie's smiling face. He introduced the bill to the council months ago, but now he was surrounded by go-go fans of all ages to watch it become official.

Campbell owns the Metro PCS on the corner of 7th and Florida Avenue, a corner synonymous with go-go music. The corner became the scene of a seminal moment that McDuffie believes fueled the bill coming to fruition.

"They helped amplify what it means to the world if you try to shut down go-go music," the Councilmember said to the crowd. "Go-go will not be muted. The residents of the District of Columbia will not be silenced."

McDuffie made it clear he was referencing the now-iconic moment when a resident of a nearby condo building suggested that the go-go music playing outside of Campbell's store was too loud.

McDuffie then turned to thank the crowd. 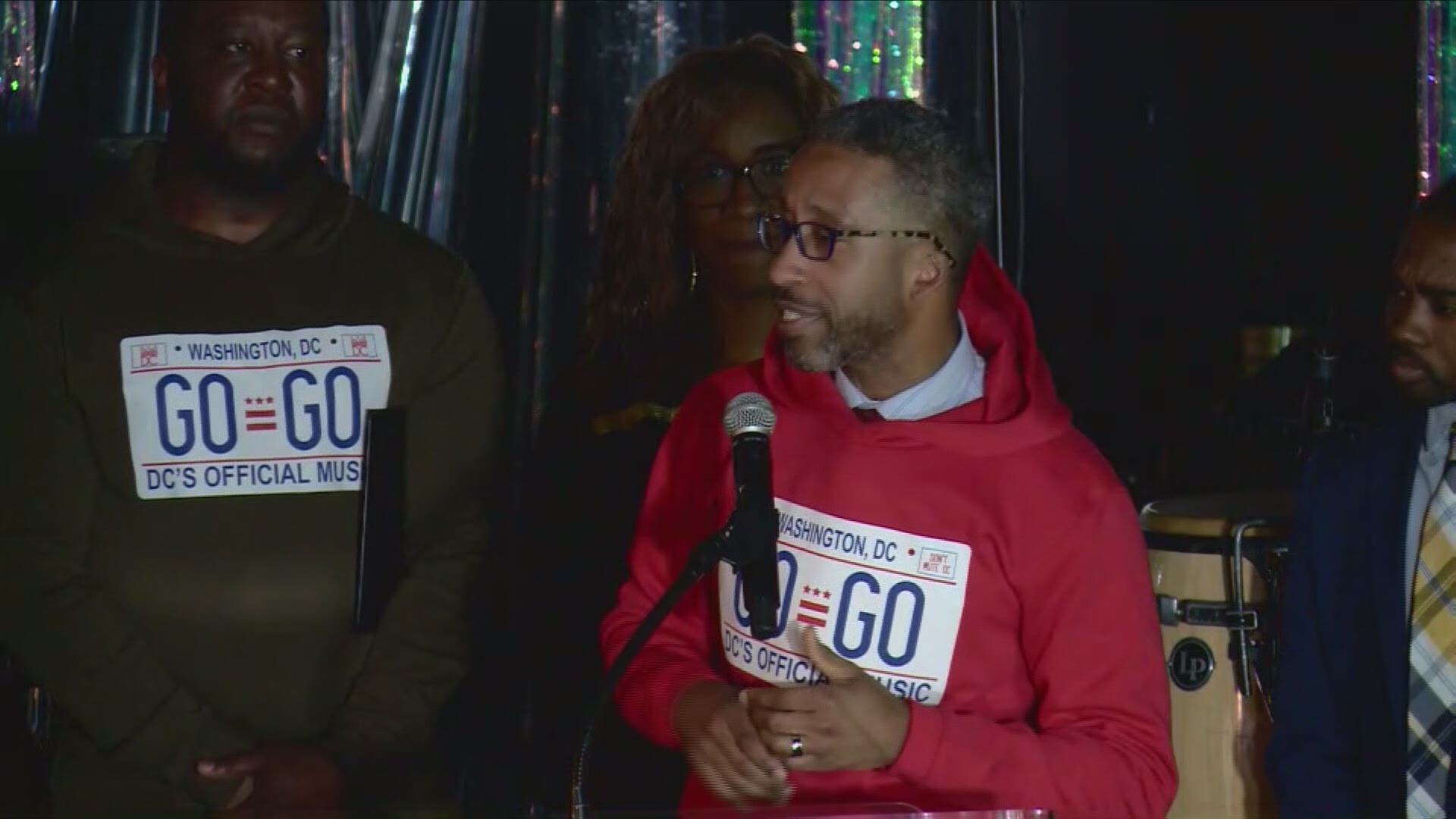 After Bowser signed the bill she handed pens to leaders of the go-go community.

Bowser now has 240 days to create and submit to the D.C. Council a plan to support, preserve and archive go-go music and its history.

Whether that means an endowment for go-go artists, or a go-go music curriculum in DC public schools, only time will tell.

Until then, enjoy this wildly catchy go-go song teaching kids the importance of brushing their teeth. I promise -- if you weren't a go-go fan before, this song and its cuteness will win you over.