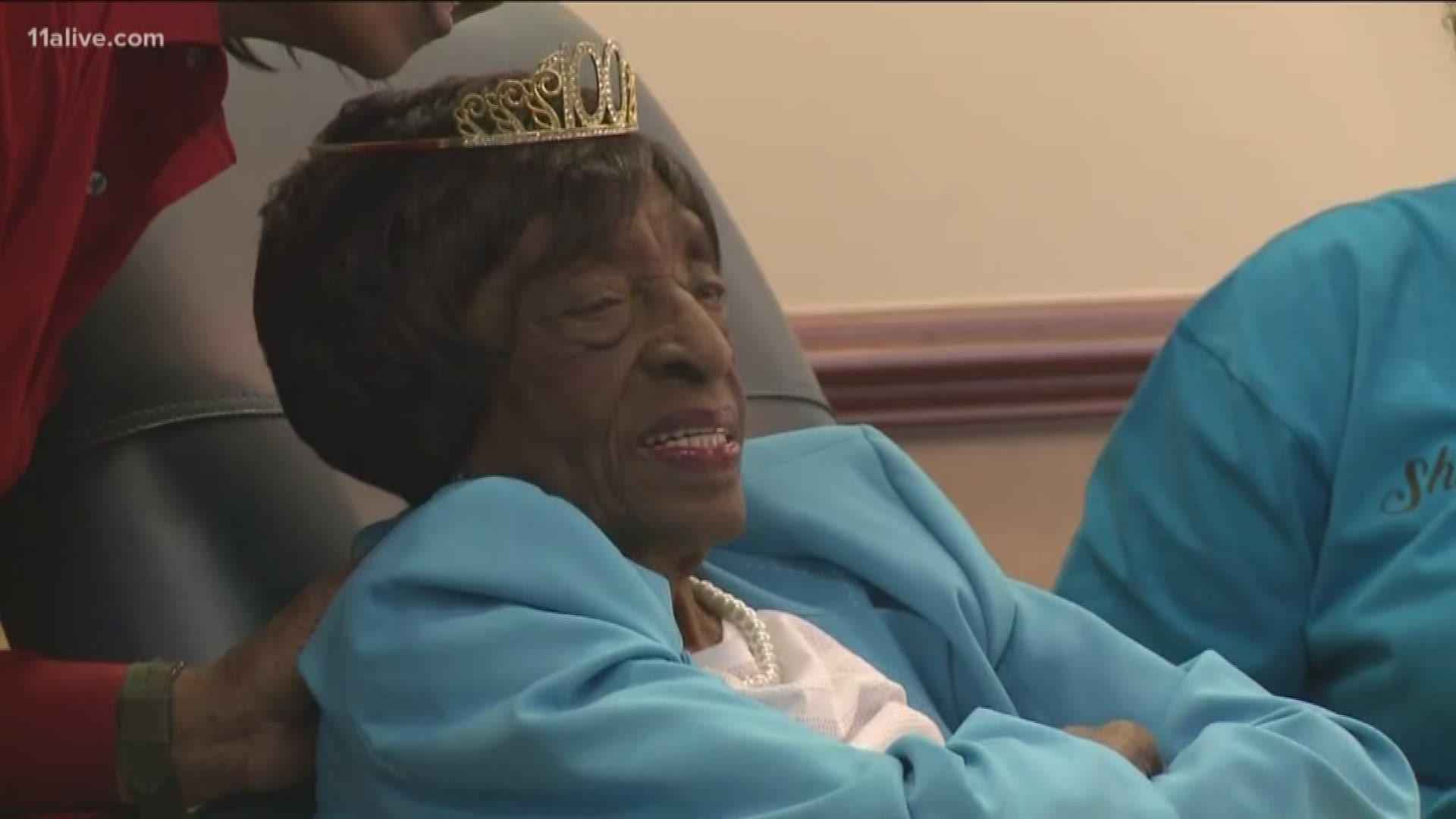 Lynn was born on Sept. 10, 1919 in Dublin, Georgia to Julius C. and Mary Etta Burke. She attended elementary school in Laurens County in Dublin, and later married Leon Lynn and moved to Atlanta.

After moving to Atlanta, she worked at the Atlanta Athletic Club. She later worked for the City of Atlanta Board of Education as a cook at Rosie T. Hollie Wright Elementary School, followed by Warren T. Jackson Elementary School. She retired after 35 years of service.

Lynn joined Butler Street Christian Methodist Episcopal Church soon after arriving in Atlanta. She has been a member there for over 65 years, and she is currently the oldest member of the church.

Please join us in wishing her a very happy birthday!

Homeless veteran died alone, but he wasn't laid to rest that way