Millions have attended the March, which is now in its fourth year, but some women said they now choose to participate in smaller, action-oriented demonstrations. 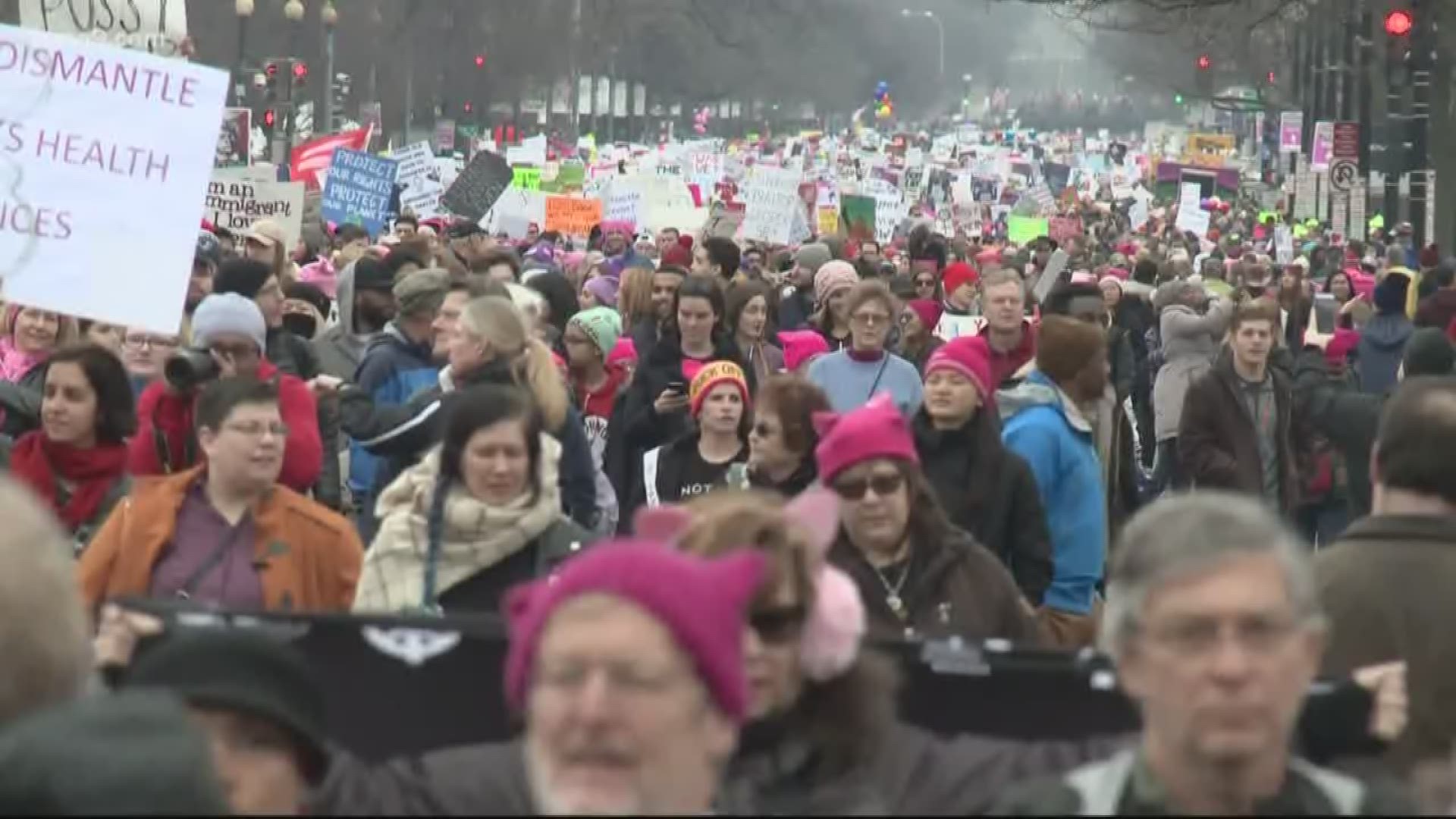 WASHINGTON — The Women's March saw a turnout in the millions in 2017, drawing a crowd that included everybody from celebrities to local D.C. residents. This year's Women's March is expected to again draw huge crowds -- but some residents are saying they won't be in attendance.

One such person is D.C. resident and teacher Emily Raskin, who attended the demonstration three years ago, saying she needed an "outlet for her disappointment" after President Donald Trump was elected.

"Many of us who were very excited about voting for the first female candidate for president were very disappointed, disheartened and felt like our voices didn’t matter," Raskin said.

But Raskin said even though her disappointment and her desire to show it hasn’t gone away, her will to march has.

RELATED: Here's what to expect at the 2020 Women's March on Washington

One reason? The weather.

"It’s supposed to be really cold and snowy and that is definitely a factor for me," she said.

Raskin has attended more than 10 rallies for a variety of causes since the original one in 2017, but said she now prefers smaller, more focused actions.

"What I feel is really important for myself, personally, is doing more direct action and demonstrating rather than doing marches," she said.

Guila Franklin Siegel, Associate Director of the Jewish Community Relations Council, said there's another factor that could be resulting in less participants: Many women said they were put off by in-fighting and anti-semitism among the March’s leadership.

In response, three people stepped down and a new leadership board for the organization is now in place.

"You wish nothing but good luck to the people who are trying to resuscitate the movement in good faith," Franklin Siegel said.

But those changes haven't motivated her to march.

"I think that Jewish women felt that bridges were burned and they moved on," she said.

RELATED: Snowflakes could fall in DC during the Women's March