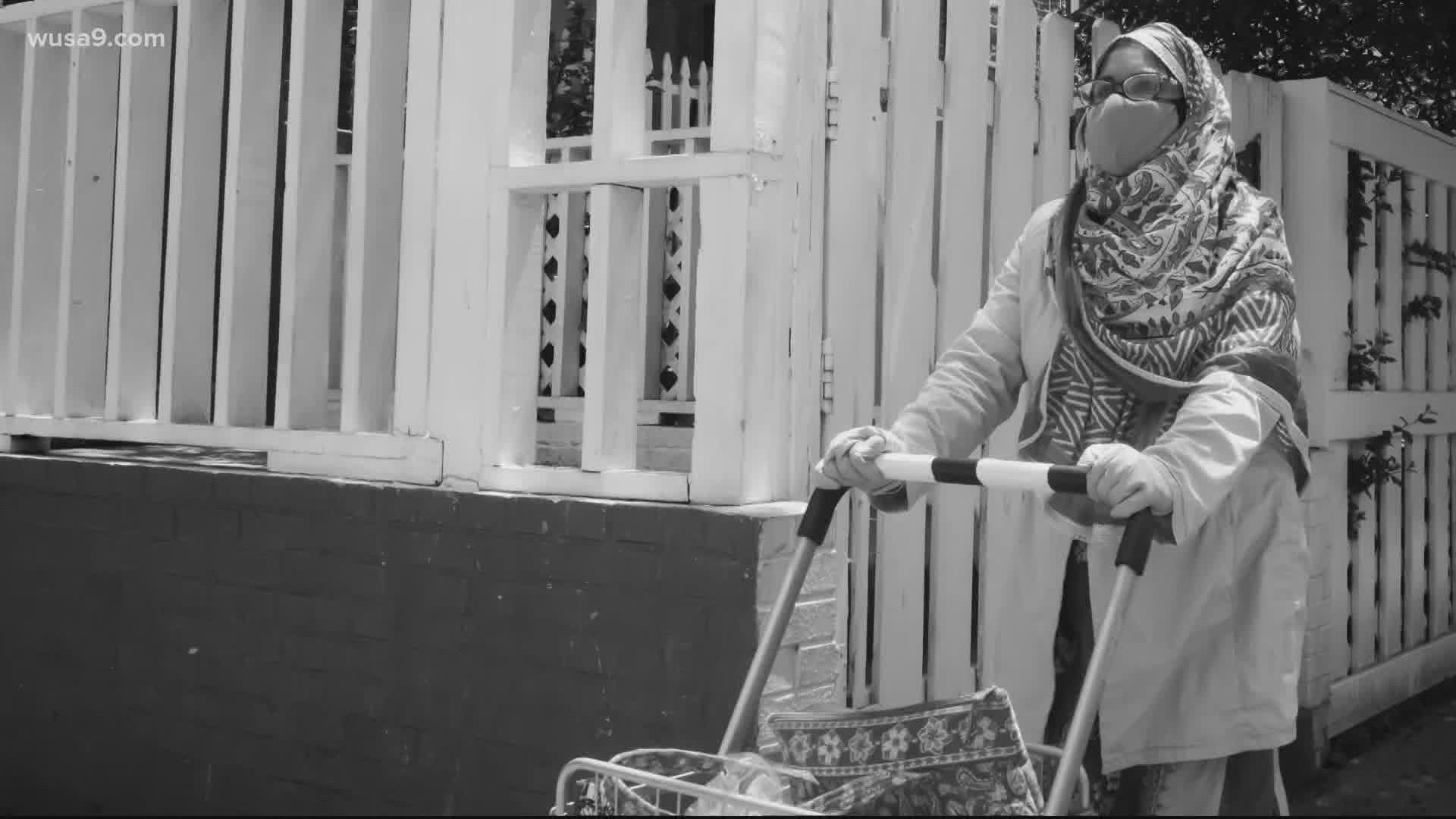 WASHINGTON — As a society and region, we're adjusting to so many different changes. It's a time that won't be forgotten, but there are so many moments which might get missed during the madness.

A D.C. photographer is capturing some of the changes in our society, giving a glimpse of our new world through his lens.

"A mask is so simple," Chenita Gills said.

After covering her face for eight hours a day, you can still see a glimpse of hope in Gillis' eyes, despite the tough days she's had.

"It really is so serious," Gillis said about the conditions at the hospital she works out. She spends her days doing cardio ultrasounds for patients in Hampton, Virginia suffering from the coronavirus.

The images captured by her cousin Anthony "Tony" Mobley.

"Photography is abstract. There's no right or wrong," Mobley said.

Mobley, a D.C. native, owns a black car service. His business faded to black since the pandemic began.

"Right now, we are completely dead in the water," he said.

So, Mobley has a new mission, to document the new life we're coming to know.

"This is the new norm, you know, wearing masks and gloves, you know, covering up and protecting ourselves from one another," Mobley said.

Through his viewfinder, we see the nearly bare streets of D.C. -- raw images of nurses returning home after long shifts.

"My interest is humanizing and bringing to light, what all of us have to go through as a society in terms of changing what you know we used to do in some what we have to do now, in order to survive," Mobley said.

In a flash, a run to the store is photographed through his lens. The distance between neighbors showing the new social norms.

"I think it's so important to document these times, and to tell your individual story. I think that's just so important. In that way, it gives everyone a voice," Mobley added.

What our future holds is uncertain, but Mobley will continue to snap his portraits in an attempt to help keep everyone focused on what’s important.