President Trump is known for nicknaming people. Thanks to The Daily Show you can find out what Trump would nickname you and if you have what it take to be President. 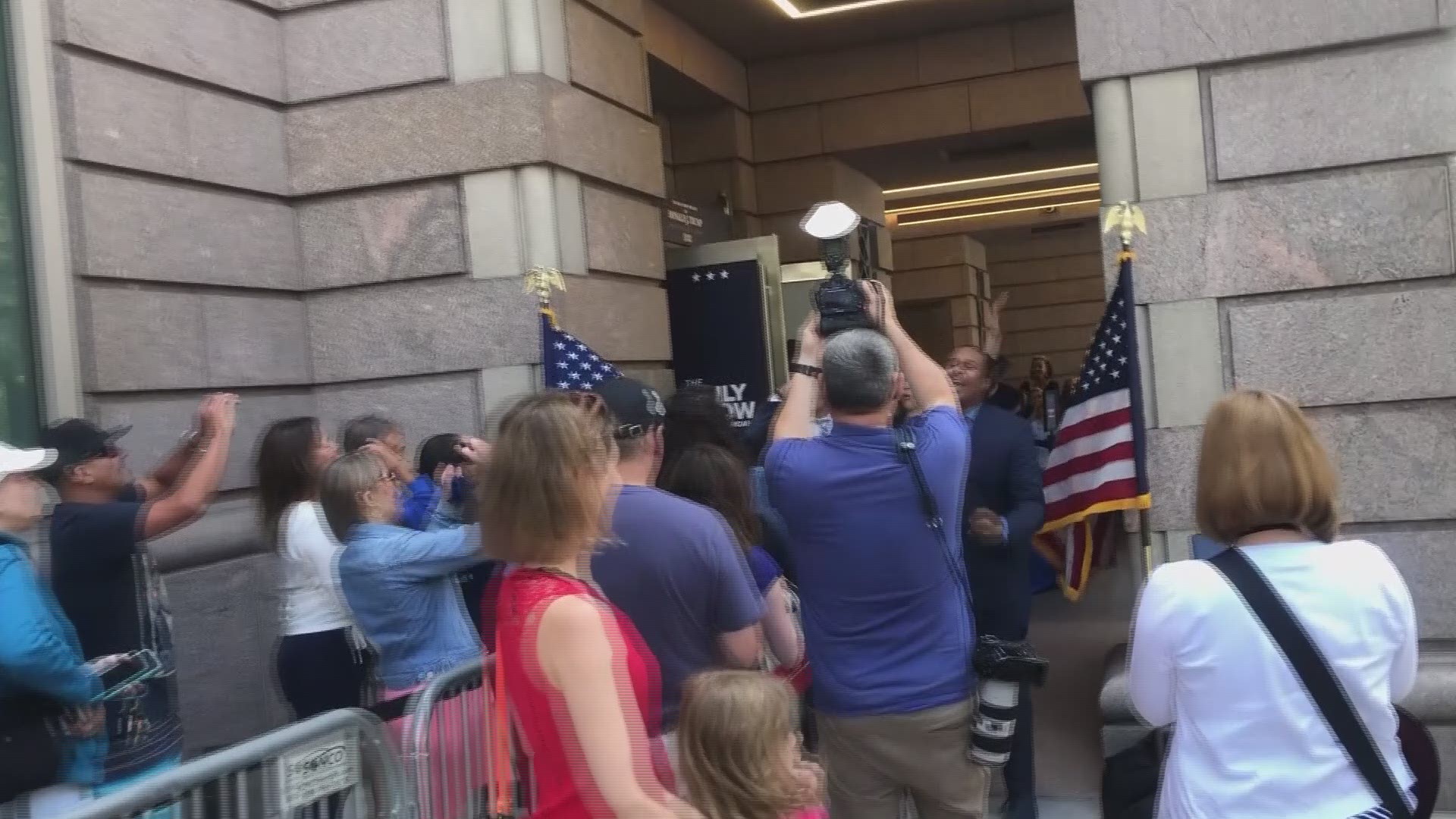 WASHINGTON -- The Donald J. Trump Twitter library is open in D.C.! But it's only here for the weekend, so grab a friend and arm yourself with some thick skin because (fair warning) you're going to need them both.

I went down with just a cell phone and GoPro, but thankfully I made it out with only a handful of hurt feelings.

When you walk into the pop-up library in Northwest, your first stop should be the Trump nicknaming wall. The president is known for giving less than flattering nicknames to his foes. If you're up to it, you too can receive the high honor of a presidential nickname. Mine: Icky Ariane. It was a total flashback to middle school. Mean kids, bullying and hurt feelings.

Next stop on the tour: the golden toilet. Ever wonder if you have what it takes to be the president? Plop down on the golden toilet and receive your first assignment. A Daily Show correspondent will come on screen and give you a scenario that you can only solve with a tweet. You'll have 30 seconds to type out the perfect solution. Type too slow? You are not worthy of becoming the President of the United States. I, sadly, was not up for the job.

Your trip would not be as fulfilling without a stop by the memorial for deleted but not forgotten tweets. What was the shortest lifespan of a tweet from the leader of our great nation? Thirty seconds. The tweet: "We."

Pretty unifying if you ask me. I would have kept it up.

A real lesson is irony is the Melania Trump section. Her platform of anti-bullying comes into stark contrast with tweets by an unnamed Twitter user (hint: they share a son). The tweets from the unnamed user are full of bullying language and harsh nicknames.

To wrap up your trip, take a walk down the Trump Twitter timeline. The wall features a tweet count from birth until 2019. It even highlights his use of memos as a method of doling harsh feedback in the pre-Twitter era.

If you swing by, make sure to send me a picture with your Trump nickname. We can commiserate together.