Tyler Perry Studios: Some of our favorite interviews of the night

This grand opening was the definition of star-studded - and we spoke with some of the biggest names! 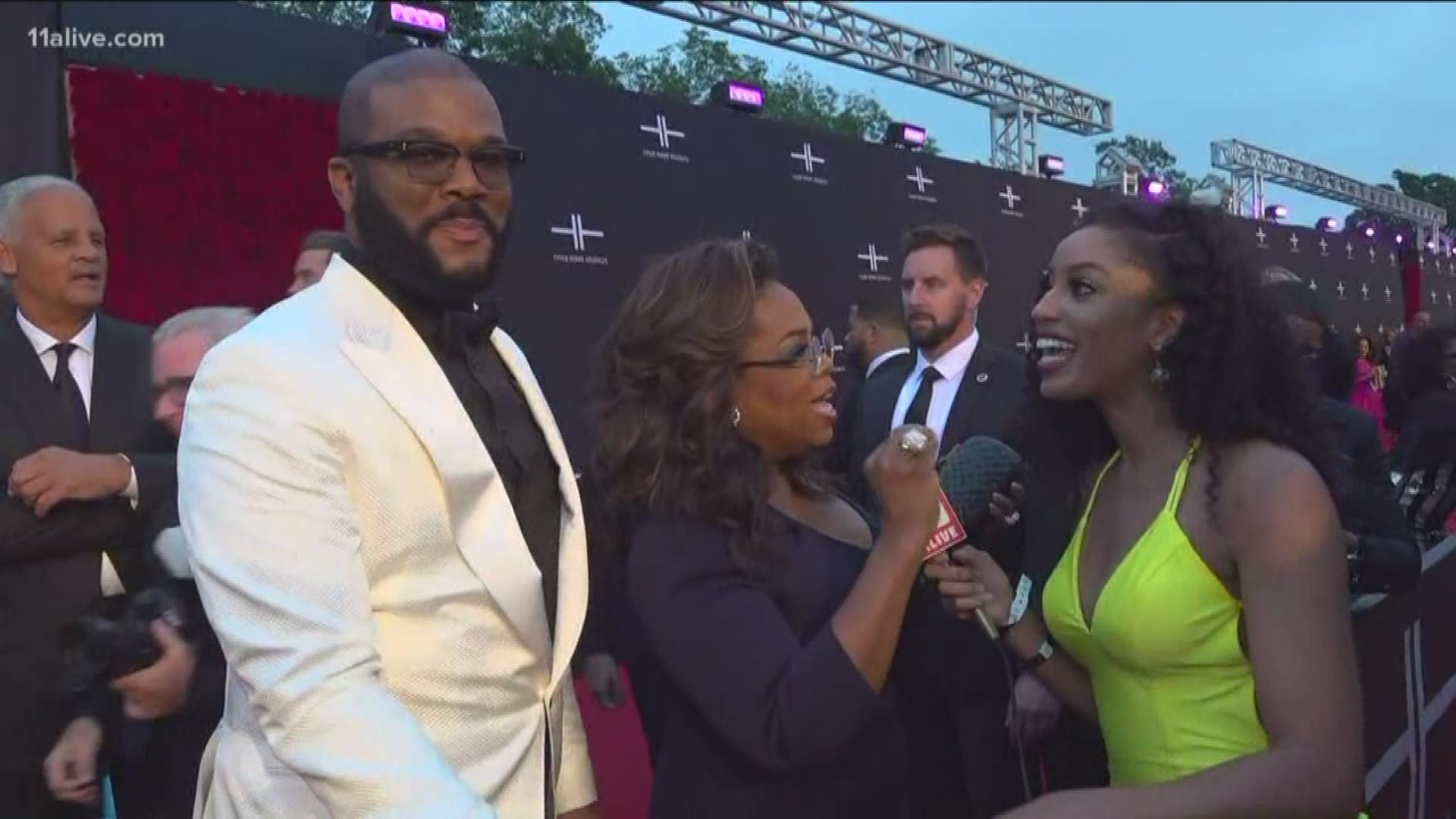 ATLANTA — Saturday night was monumental, not only for Tyler Perry but everyone here in Atlanta as the media mogul made history right in their backyard.

11Alive spoke with Halle Berry and so many other stars on the carpet. And that also included the likes of Oprah Winfrey and, the man of the hour, Tyler Perry himself.

Oprah took the opportunity to talk about all of Perry's accomplishments and how he, as the song goes, did it his way. She described him as her little brother - who sometimes acts as her big brother - and spoke on her pride in the media empire he's built in Atlanta.

And if you’re curious about the location opening up to the public, the answer is yes. In the next few months, you’ll be hearing about possible opportunities for you to tour the Tyler Perry Studios.

Also, here are a few photos from the red carpet!

The woman executing Tyler Perry's vision for his studio