World AIDS Day encourages all to get tested, know your status

WUSA9 reached out to an expert to tackle the most common misconceptions about the epidemic and how locals can do their part to help end AIDS. 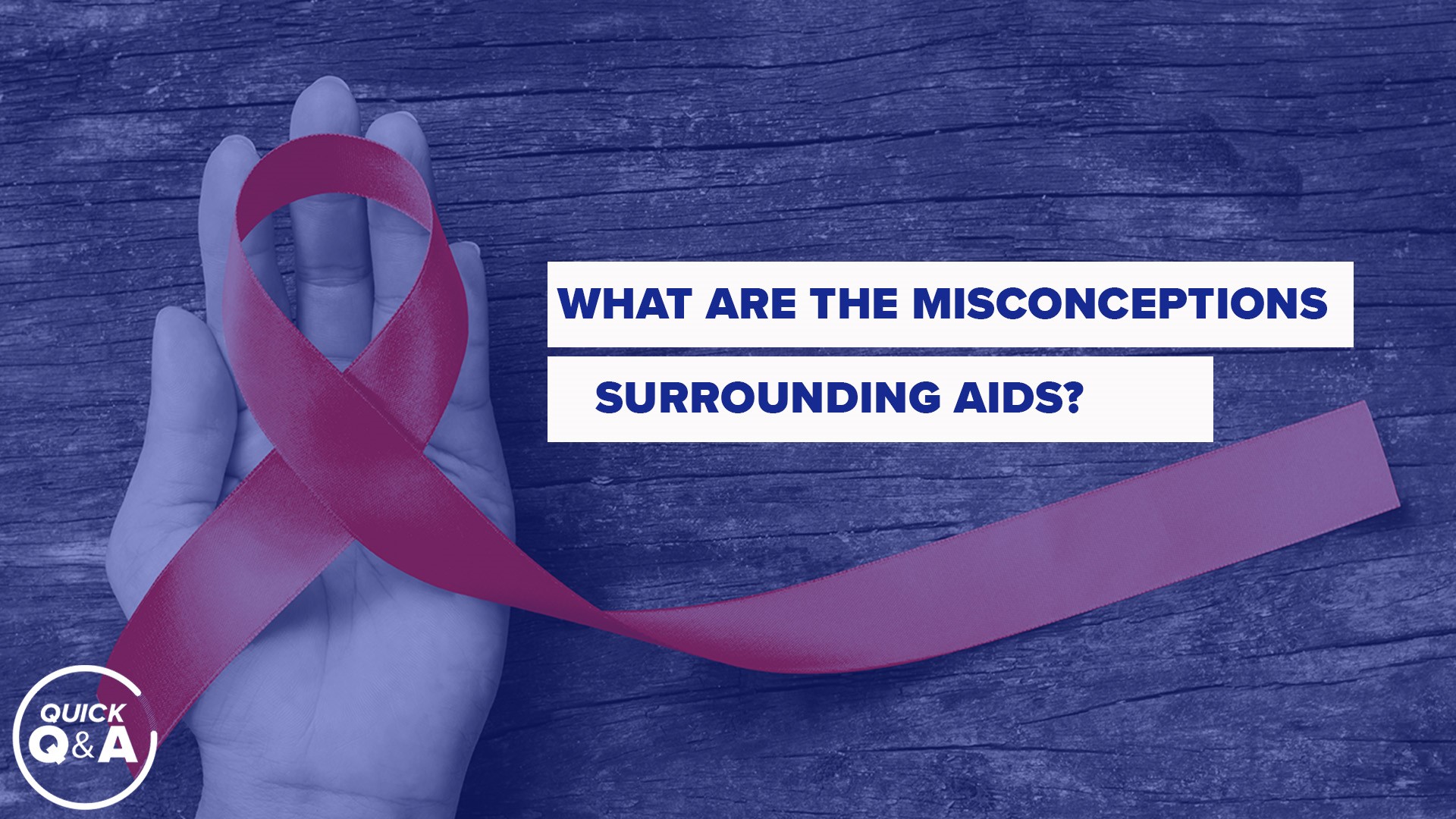 PRINCE GEORGE'S COUNTY, Md. — On World AIDS Day, people across the globe unite to work on the HIV epidemic and support those who live with HIV, as well as remember those who have lost their lives over the years.

WUSA9 reached out to Diane Young, Division Director for Family Health Services with Prince George's County Health Department, to get to the bottom of some common misconceptions surrounding HIV and AIDS.

QUESTION: What are the top three most common misconceptions?

ANSWER: "The big three misconceptions are that this not a heterosexual problem. And it totally is a heterosexual problem," Young explained. "If you’re having sex, you're at risk. We also want to disband the myth that PrEP is going to prevent anything other than HIV because it doesn't. And then the other myth is those over 60 are not having sex, and they certainly are. Sex is a normal part of a healthy relationship. And we want people in that age group to realize that they still need to protect themselves."

Q: What trends are happening locally regarding HIV/AIDS?

A: "Unfortunately, earlier this year, in February, the President announced 48 jurisdictions and seven states were responsible for more than 50% of new HIV infections, Prince George's County, DC and Baltimore were included in those numbers," Young said.

December 1 is #WorldAIDSDay, a day to come together to #EndHIVEpidemic across the globe. We all have a role to play, so let’s #StopHIVTogether. This #WAD2020, get tested in the comfort of your home in the District or at a lab in the DMV. Visit: https://t.co/fYcRDhB6Za pic.twitter.com/MO0fnJjOif

She explained that Prince George's County is still trending as number one in the state of Maryland for new HIV infections and that it's due to underfunding, which can impact outreach efforts.

Q: What can we all do to help this epidemic?

A: "The biggest thing that people can do is to have the conversation about HIV and normalize testing so there's no stigma around getting tested. Everyone should know their status, and you won't know if you don't get tested," she said. "You can live with it. It's a chronic disease. It shouldn't be put in the corner and we don't talk about it ... Have a conversation so that we can protect our loved ones."

Anyone looking for a test in DC can click here.